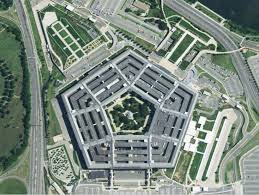 'Pentagon of failure' are five main things that leads to failure. They are things that you must adhere to, if you want to fail. We will close exermine this exemplifying it using US's wars in Afghanistan and Iraq. First, don't allow the US deep state to fool you with conspiracy theories that takes them off the hook! Their method is to retroactively restate what their mission, if any, was, in an attempt to create an illusion that they succeeded when in reality, it was an horrible failure! One is to simply deny that they ever had any mission in Afghanistan at all! A scapegoat called 'the dark cabal' planned it all! No,there was no 'terorist attack' in US! All of these was the master plan of 'the devil' in our midst. So sorry, but this was not our plan! Another is, of courset to say that there mission was to merely prevent Al-Quida from ever planning the attack again in Afghanistan! Ergo, they succeeded a long time ago!

So let me restate their true mission so you may see that it was a failure. The mission was to overthrow the Taliban government using the excuse that it was providing a safe place for terrorists. It was never to end the terrorism itself. It was to remove the Taliban government and replace it with another one which is more friendly to US. It was as simple as that! To merely stop Al Qaida, the best way to do it would have been what perhaps a 13 year old child was wondering why they don't do it that way: to diplomatically push for a negotiation with Taliban to end its support for Al Qaida. In case this plan A failed, then use plan B where they would overthrow Taliban, like they did, but not with the intention of permanently destroying it but with the intention of forcing it to negotiate only on the Al-Qaida issue. It is clear that Taliban would have been more than happy to chase away the Al-Qaida as a condition for the withdrawal of US forces. The end results would have been a victory for US! But this is not what they wanted! They wanted an end to Taliban rule, not an end to terrorism against US undertaken in Afghanistan!

So we have the first side of the formula for failure: asurping the duty of Afghanistanis themselves, or at least a pretext: to creat a 'better' government in Afghanistan, rather than to merely stop Afghanistan being a safe place for 'terrorists'. If your neighbour denies her husband his conjugal rights, the solution cannot be that you go and 'help' that woman by having sex with her husband, of course! This summarises well the problem with US's foreign policies and why they fail! They have wrong aims, at least in the eyes of the public, while persuing more hidden, unjustifiable reasons. So this 'aim' is why the American failed to bring changes in Afghanistan while they might have been persuing hidden, often evil agendas.

2.) Not understanding the nature of the problem

The second side of the formula for failure to topple regimes is to not understand what government is, essentially in the first place! In USA, we have a military whose legitimacy is a mystery! It is so removed from politics that its accountability is difficult to discern. As long as the US military is so willing, it will allow for US's 'democracy'. The question of 'democracy' itself is removed from the military. So they create a false dilemma: either a country is a 'democracy' or a 'military dictatorship'. They were yet to understand that democracy is still possible even under military rule! In fact such is how an ideal government should be! But for US, the reasoning was that Taliban took power through military, therefore, rather than through the ballot box. Therefore Taliban was generally unpopular in Afghanistan. In other words they equate 'democracy' with 'regular voting'. It is like confusing 'love' with 'marriage', or even 'marriage certificate'!

A 'government' is nothing but a gang, often of criminals, that have merely monopolized the use of violence in a region. There is no dermarcation between a 'terrorist' and a 'legitimate army'! All governments begun not with an 'election' while a military is standing by, never! Such a military will be standing there for unjustifiable reasons! Real democracy comes prio to the establishment of a military. We elect the military leaders either directly using votes or indirectly by letting them get appointed by the elected leaders. Alternatively, we elect them by simply joining their ever growing militias.

But US doesn't understand this basic thing about government. US military is never, directly or indirectly, elected by the Afghanistanis. Therefore it has no consent to work in Afghanistan! It can never be easily legitimate in the eyes of the Aghanistanis, unless Taliban was a totally wicked force, of which it wasn't!

The 'this are terrorist' designation, which stems from failure to understand government, prevented US from setting an achievable goal in Afghanistan. It is unreasonable to call such groups as Hamas, Kurds, Alshabab, Hezbollah, Houthi etc 'terrorists'. As military, they have command structures and they take orders from their superiors. Therefore their behaviours can be changed by merely changing their leadership or their philosophy. American soldiers were torturing people in Iraq and smearing them with faeces and other shameful things. Yet we cannot sensibly say that US military is a 'terrorist organization'. We understand the situation as changeable without a destruction of the entire military. We merely need to change leadership. A war is far from being necessary!

The third side of the pentagon is one of the surest ways of failing. This is 'over aiming'. The US aimed to have a military that can beat any other military, anywhere on land, regardless of geography, in the ocean, in air, in space. They aimed at a military that can topple any regime any where, create on top of it, any regime that they want, crash any rebelion, crush any terorist group, anywhere on earth, under the earth etc.This is unrealistic, but the problem is that you end up believing in a whopper of your own making!

If US had aimed at merely pushing back 'terrorism', carring less about toppling regimes and 'creating democracies', they would have succeeded and thus save themselves monumental embarrassment and trillions of dollars! When Taliban offered to make a deal with US, breifly after the 2001 toppling, this was a good chance for US to end the war!! They had already shown, in the eyes of the public, how powerful they were! This could act as a good deterence to terrorism, even by the Talian itself. After all they would have nogotiated with Taliban, to end 'terrorism' in Afghanistan, as a condition for the Taliban to re-enter into the new government as a political party, akin to Hezbollah in Lebanon! Instead, US insisted 'they cannot negotiate with terrorists'! The aim is to completely crash Taliban,because they are 'terrorist ' and we are into 'war on terror', not a negotiation with it! This, of course, would embarrass US come 20 years, when they, themselves now bowed to Taliban for a negotiation!

US is yet to learn how to set realistic goals, that often demand that they get something better, and yet not 'perfect', at least yet. A good example is Iran's nuclear deal. It is very analogous to the Taliban 2002 offer. Though not perfect, it was better than none and still doesn't show in any way that US is the 'weaker', it only shows, in the eyes of the public, that US is 'generous' (because everyone 'knew' that US is very powerful)! But again US missed a chance to cover its ass! Instead they set unrealistic goal of demanding Iran to simplify bow to US and comply with its all demands in the exchange of sanctions relieves. They ask Iran, which has no war planes, to stop making missiles and to stop any proxy war in middle east! In other words, to stop defending itself, when it is obvious that Israel, for instance, can strike anywhere at any time just when it 'feels threatened' without any objective evidence for such a threat! To expect any country to agree with such, just to do business with US, is to be unrealistic because the risk of turning iran into another Iraq etc is more untenable than any crippling sanction imaginable!

This is the last side of the absurd pentagon. If you want to fail, trust such things as 'pentagons' or 'white houses' or such things!. When Taliban retook Afghanistan, the first thing they shouted was 'Allah Uhakbar', meaning 'God is great'. In other words 'thank God, I have succeeded'. US routinely say 'thanks to the most sophisticated military the world had ever seen'! They write 'in God we trust' in the notes but in practice, they seem only to trust the dollar itself, never God! That is a very sharp coner in the pentagon of failure!

Views: 88
E-mail me when people leave their comments –
Follow

"I also bought one of these, but I haven’t used it so far.

"I will stay with vegs, fruits, oils and nuts for now 🐿

I’m planning to order organic nuts online. Maybe 2 kg in total, that would make perfect snacks. The bags are sealed, so these nuts are…"

""Clear. So we can expect more disinformation later today in flawless English 😇" Hehe...!! Actually, we saw the disinfo here yeasterday, about the pipeline, posted on this very wall....lol And yes, one post flawless, the next broken, the next, almost…"

""Another WEF puppet is Ardern of New Zealand." True, I forget to mention her, she is definitely another of these WEF-trained globalist graduates....

"Notice that it is said that 'immigration' is one issue in Italian politics. However, the issue of how to solve the Ukrainian crisis did not arise strong enough! Apparently, like in all Europe, they just talk about how to fan it all the more! This is…"

"🥥 Every day a teaspoon of coconut oil already resulted in a softer and more nourished skin, also my hair feels softer.

Coconut oil is lightweight and easy to digest. I’m a bit disappointed that it doesn’t taste as coconutty as I expected.…"

"Yum, yummy..!! 🥞🤗 I think there are plenty of keto alternatives....Pancakes are nice...I also like the "keto bombs" Berg's wife recommends, which use stevia choc, with nuts....Not that I snack a great deal, but for people who really feel the need to…"
More…
Loading ...