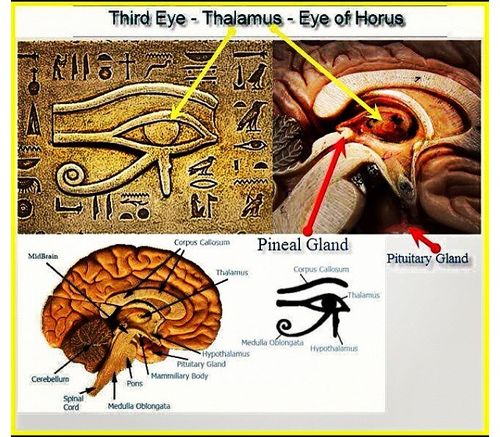 Without a proper address of the issue of the origin of consciousness in the brain. Nobody should be interested with purely subjective issues (except a psychologist or a psychiatrist ),that is to say those that are explicable, for instance, by the 'hallucination' idea. Who is interested with aliens,  'love', 'messages' etc that only exist in some people's heads, whether or not elicited by DMT, marijuana or whatever ? The answer is 'nobody' (except mad people ). Given this simple common sense, it is a surprise that almost no one considers science around these ideas, except those who erect them for the sole purpose of knocking them down,  insisting that they must be hallucinations.

A question that one should ask is that if aliens exists independent of our brains what does DMT do to the brain to reveal those aliens? Then one should go ahead and seek for a detailed atom by atom explanation of the mechanism! Then you will quickly realize that the common idea of 'spirit-matter' dilemma must be wrong! If a kin scientist observes the brain that is under DMT, he should, at some point, observes the brain being actet upon by something that he can't account for! In other words the new age ideas of aliens, channers, souls, spirits etc are actually scientificaly falsifiable! New age claims are more like those by astrologers than those by a Christian. So the non-answer: 'it is beyond science, mind etc' is fatally erroneous!

But what if a scientist does infact observes the brain and discovers that some strange information is comming into the brain. Will he now say, wow! So there are things that are 'beyond science, the mind etc'. The answer is no! Such naive claims comes from ignorance of science. Science is more like a method than a stance. DMT revealed aliens,  observable by studying the brain carefully, will henceforth become a new science. Furthermore, a scientific theory will be offered to explain how DMT reveals the aliens, if such a theory don't exist already. However, it is never a good idea to theorize afterwards in such a complex case, especially if we can theorize before. As you will see, the theory helps the scientist to make a good guess of how to search.

There are two uses of a neuron. Either a neuron can transmit signals or it can generate them. When it does so, the neurons attached to it cannot necessarily tell the difference. Your visual cortex can't tell the difference between light bounced off a mirror and light comming directly from the object. That is why it 'creats' an image behind the mirror. This necesary 'neuronal relay' shows that the new age idea that we should find the truth only by 'going within' is extremely erroneous. We should completely abandon this baseless belief! We should carry out scientific research to confirm our experiences just like you touch the glass to confirm that the image you see is not comming from behind the glass. Gawking at the image alone and hailing, hey, personal experience, is not enough.

However the wake brain usually tells the difference between a signal generated by the adjacent neuron and a signal transmitted by the neuron. But it may not always tell the difference between a signal received by the neuron from another world and a signal generated by the neuron.This may be because such worlds may be so numerous that the brain will be too 'noisy' if it allows all those signals. Therefore itis quite possible that the brain filters those other signals alongside the 'signals generated by the neurones themselves'. If a stone from the astral world cannot injure you, as it simply penetrate your body, the brain might not have been created to interpret such a stone as real. I think the brain cant tolerate spoky yet harmless scenarios. If you were in the forest, you might be chased all the day by an harmless demon from the astral world, so that by the time the harmfull lion from this world comes, you are already exhausted. However, under DMT, this function of the brain may be adjusted.

But heow does DMT do this? Think of four neurons, AB Cand D. B and C are parallel to each other and they are both connected to A and D. The connection is such that a signal comes from A then it enters both B and C and then enters D from both B and C. However, a signal from another world might enter C. Usually D double check the signal by ensuring that B is firing while C is also firing, befores it transmits the signal So a signal that comes from C alone doesn't get past D very vividly as D recognizes that it is not comming all the way from A. This ensuers that our view of the world, which comes from A, is not distorted by the signals generated by C  C have a tendency to generate strong signals since it is also used for our imaginations.

Enters DMT.  Usually B sends a signal to D by realising the serotonin neurotransmitters. What DMT  it does is to mimic serotonin and binds to receptors in D that usually  comes from B, all while C is releasing its signal to D. This tells D to treat the whatever signal comming from C as to be comming all the way from A. So the brain perceivs the signal from C as to be comming from beyond the brain itself, as desired. So DMT here is indead helping some neirones to correctly interprate the origin of the signals.

This, at first, may make you think that thus our brains deceive us and that an external stuff is correcting a 'natural mistake'. I don't think nature makes mistakes. So I add that when we are dreaming, a similar mechanism takes place and indead our brain is created not to deceive us in telling us 'the message (in the dream ) is not comming from the brain'. So the mechanism for tapping into another world is there. It is only that psychedelic is bringing it to work while you are awake.

Views: 38
E-mail me when people leave their comments –
Follow