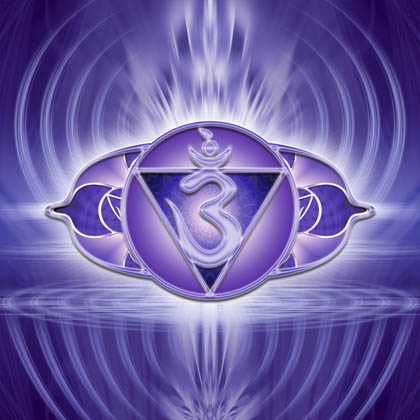 Even though many know that everything is within them, they are still using outside sources to pull themselves upwards along the spiral of ascension....This is why it is important to understand not only the spiritual reality, but also the physical reality....and this is where many are not taking responsibility for their own choices, their own inner knowledge and the translation and integration of all this into the physical reality...people are reacting with the phrase “it is all an illusion”, most of them don’t even come up with a reason for why they think it is an illusion, others come up with something they have read somewhere else, and a few actually can find some reason within to explain to themselves why they think it is all an illusion.

As the energy is building up once more, you have been seeing the messages and much of what is revealed to, as they tell you that it is really happening.

Yes it is really happening, and now is the time for you to make it happen.

It all seems easy at times as the energies are building and you are being supported by so many beings outside of yourself.

Yes I am saying outside of yourself, as the physical reality does not match the spiritual reality. Even though many know that everything is within them, they are still using outside sources to pull themselves upwards along the spiral of ascension.

If no one would know about energy, we could send all the energy we want and no one would do anything with it. If there were no channels for us to keep you informed a lot less would be happening with all of you.

Yes there would be some that would be able to get it from within, but most are still at a point where they say they will find everything within, but from there they go into an illusion that they know everything that is within.

Another example, you can all read the message. What if no one was there to teach you how to read, to explain to you that these little scribbles, these letters are actually something you can read? Without someone telling you how would you figure out what it says. You can see this when you are trying to translate another language. “kun je dit lezen”. Just an example.

You can guess, but it is a guess, not a knowing.

This is where we are trying to give you the information, this is where can give you examples. But it is still up to you to find the translation of much of what is happening within you. How is this done? By teaching the human mind, growing your human understanding of what is happening. Mostly this is done through outside sources as there is much information available at this time on all different subjects of energy.

This information is however translated through human minds and the information is sometimes in contradiction to each other as each human does translate in a different way.

This is where many are missing the boat as they are focused upon what is happening within the energies and the spiritual reality and sort of shoving aside the physical reality as an illusion, a dream, nothing is really happening there.

Yes, and this is where many are not taking responsibility for their own choices, their own inner knowledge and the translation and integration of all this into the physical reality. We see it many times as people are reacting with the phrase “it is all an illusion”, most of them don’t even come up with a reason for why they think it is an illusion, others come up with something they have read somewhere else, and a few actually can find some reason within to explain to themselves why they think it is all an illusion. For me as an outsider looking in it is funny to see the reasoning as many see the so called dark world as an illusion, but the light world as real.

The reasoning behind this is amazing to me, as they discard all that they seem to think is negative as an illusion and all that is positive is real. This is where the real duality thinking sets in big time. The ego that is involved in this way of thinking as they seem to think that as long as they ignore the negative and only work on the positive they are good light workers.

Yes you heard me say it, and as I have a channel that is not afraid to say these words for me I will say it again. The ego is involved in this and it makes you feel good to think you are an amazing light worker as you only work for the light and oh well, the dark does not exist, all an illusion, look at what I have accomplished, I am such a positive, compassionate and loving being.

The physical world has many parts that are considered negative and you can ignore them or deal with them in many ways. Yes,a loving attitude towards others is one of them, but how long can you keep that loving attitude? At one point you will get fed-up with something and get angry. Not one human being can live within that state of love full-time. Do not kid yourself in this as you know I am speaking the truth right now at this moment. You are already upset because I said something about your ego.

The truth can be tough, and as your friend I have to be tough at times.

You will have to find the understanding and knowledge within both worlds and be able to use this knowledge in both worlds. Forget about all the fancy stories, this is real work that needs to be done by you. It is time you set aside your ego, start your work. Now by setting aside your ego, I am using a figurative way of speaking, as your ego is a part of you and all you need is a good talk with your ego, your ego is perfectly willing to assist you instead of working against you.

Yes you are all great light workers, but many of you have taken it a step too far and are too convinced of your own knowledge while having no real experience to support this knowledge.

Others have experiences but are still missing the overall picture at times.

Yes, visions of the future, of what is or might be happening are important as they can give you guidance on the direction you need to follow.

But do not forget that at this moment only a small group is actually on their way of really understanding what is happening, all others are following suit by reading their experiences. But most of them are not inclined yet to find their own experiences.

When is the last time you slept without weird dreams invading your psyche?I have been following the patterns of human psychology for some time now. No, wait, not just humans. Animal psychology as well. One thing we all have in common, are weird…
See More

When Is The Last Time You Slept Without Weird Dreams?

Assimilating The Activities Of Light - Part 3 - By Patricia Cota-Robles