That there is a fluid that pervades the whole space is not hard to accept. Just Think of prana, ki,ruach etc for instance. It is so also in physics. The whole of space is thought of to contain some strange gas due to the so called Unruh Effect. A all pervading solid, however, is trikier. We tend to think of solid as to be an impenetrable object, a sot of a single brick. Such an object filling the whole of space, of course will not allow movement of other objects through such filled space. But this notion of solid, as we will see, is erroneous.

A solid is an object whose parts don't move relative to each other. Solidity is a behaviour. What restrict the inter-atomic movements is forces. If you press your hand against the wall, then the wall will begin to develop a powerful, repulsive force tha repel your hand off the wall. This powerful repulsion is what prevents your hand from further penetrating into the wall. So there is no much 'solid' in the wall than there is in the vicinity of a powerful magnet. Objects easily pass through the solid space much like the way a non-magnetic object easily passes through the magnetic field. That is the object's particles simply don't interact with the forces within the solid in space.

As you might see from above, proof of existence of an object a part from inferance from what it does to its surrounding is a bit meaningless. If we deny that there is an object in the vicinity of a magnet just because we can't see one, then we are actually defining existence using an interaction with photons. Specifically, we are saying that if a region in space can repel photons, then there is an object there occupying that region( the repelled photons are the reflected ones that allows us to see objects). But if a region repel electrons, we still need a 'proof' if an object is there! But of course such a criteria is thin. If our eyes could detect electrons rather than photons, our picture of 'what exists' or 'what doesn't exist' would have been dramatically different!

Likewise there is no other 'proof' of auras that surrounds objects apart from the so called Delbruck Scattering. You see that is our thinking is wrong, we can't even make the right observations! We must spend a lot of time theorizing Before we make observations as this orients the mind to the right 'direction'.

There are several advantages of having solids rather than only fluids in mind when we think of 'spirit'. First of all notice that we reluctantly insinuate solids in ghosts etc. Since people perceives solids as the impenetrables, they opt to say that spirit can pass through a wall because it is 'the immaterial'. But as we have briefly seen, even matter enjoy this property! People didn't understand how. So they suppose that the 'immaterial' does it in ways no man can understand.

Views: 34
E-mail me when people leave their comments –
Follow 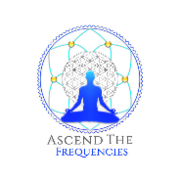 Started by Pet Rock in Ascension and Awakening

10 Movies That Predict Our Dark Future