When Dr. Dmitriev was asked what are the implications of all this for earth he replied, "Global catastrophe! Not in tens of years from now, but in ones of years" ...in that this global catastrophe is basically right around the corner setting the stage for NASA's latest solar storm warning 2012-2013.


Are you up for more input? ".... So another made a great study of the system--this wondrous system of Pleiades of which your sun is a part-- and it was discovered that at absolute right angles to the movements of the suns, a Photon Belt--or also called Monasic Ring--a phenomenon which scientists have not yet been able to reproduce with laboratory instruments, was noted. 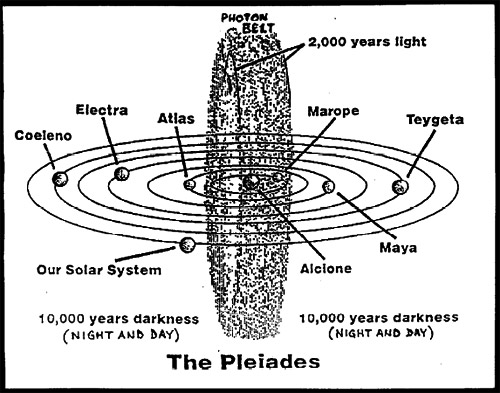 Now, it takes your sun 24,000 years to complete an orbit of your own system and as seen or could be seen by a [the above] diagram.