Forty years in darkness would seem like a difficult journey and a long wait to find the light, but it was well worth the trip.  What seemed like a typical night working the graveyard shift at Xerox turned into the beginning of a year of long sought after answers.  My job was a solitary one in which I remained in my iPod world for 8 hours mindlessly scanning documents.  It was April 16th, 2009 about 3:45 am when it started.

I was just back from my lunch break when quite suddenly I began to understand why.  When I say “why”, I mean all of them, every single one I had ever pondered and quite a few I had never considered.  It was at this point I realized I was waking, though I had not heard that term yet.  I did not have the internet until Feb. 26, 2010.  When I say I didn’t have it, I mean we had no computers, no video games and no cable television.  We watched DVDs when we watched TV, so I had no technological influences in my awakening and had read no books since I finished Voltaire’s works in 10th grade, some 25 years prior.

I was given a choice at this point.  I was told by Divinity I could stop or continue, but continuing meant a solid year of extreme intensity the likes of which would cause me to question every ounce of sanity I held.  Obviously I answered with a resounding “Yes, I will endure this year” for to turn it down would be to stay in darkness and I had been there far too long.

Now that you know how it started, I will give you a small idea of what that year held for me.  Keep in mind this is in no way an account of every detail, but more the highlights of events.

First I spent a couple of months channeling both Divine entities and points of view of murderers, rapists, and all brands of violent people.  The worst one locked me in a vision loop for 10 hours.  It was of a woman who had gone to the hospital for help with severe post-partum depression.  The hospital turned her down and 3 days later she stabbed and ate her 6 month old son and was found in a pool of blood still devouring her child screaming, “I killed my baby!  I killed my baby!”  I lived every point of view of every person affected by her actions.  It took the help of a priest to pull me out of this horrendous vision.

I was then pulled down into the Abyss (quite against my will and fried 5 different industrial scanners in the fight due to the electromagnetic discharge).  I spent 40 days in a row to fight my balance twin for the rights to this vessel.  While in the Abyss, different entities would inhabit my vessel so from the point of view of those around me it would still seem like I was there.  (Luckily my job was one so simple a monkey could do it and we were not allowed to talk so no one questioned anything.)

The first night, I was chained naked to a wall in the Abyss face to eye with Tiamat’s red head.  The walls of the Abyss are black and similar in looks to tar, but they have no sticky or slimy texture to them.  There is heat, but no fire and the only light has no visible source though I gathered it must have come from the depths of the Earth and the core, or Center Sun.  Tiamat then proceeded to rip off my eyelids so I could not close my eyes and rip out my tongue so I could not scream.  With a single claw, she then proceeded (with great joy I might add) to re-perform my open heart surgery, grabbing and holding my heart as she explained the battle I was about to undergo.  Obviously I came out as the victor, much to the chagrin of my balance twin.

A couple of months later, I was afflicted with a seven demon possession, the purpose of which was to show me the true colors of the Catholic Church.  I found the Church to be less concerned with my spiritual or physical health (as the demons would prevent me from eating or drinking for days at a time) and more concerned with portraying a false sense of holiness.  In the end, the priest who performed the exorcism actually took full credit, when it was Divinity that ended it, not him.

A little side note here, possession is not like the movies where some big shadowy entity inhabits your entire body.  It is more like a brain parasite that works you like a puppet.  You are aware, but not in control.  Your voice and strength are not your own and when they retreat, you are left with only partial memory of what happened.  You also feel as though you have been beaten from the inside out.

During the first half of the awakening, I was subjected to such darkness, including being sent to Oblivion twice, to give me proper perspective.  I have been to the Abyss more times than I want to remember and thrown into the “nest” over and over until I figured out that when I finally said, “Go on!!  Tear me to shreds, do what you will.  I don’t care anymore.”  The demons got bored with my submission and left me alone after that.  That was the lesson I had to learn.  Darkness has no power but that which you give them.

Then the awakening turned to a full-on light experience.  There is more power in thought than is commonly known or understood.  There were nights I would receive intense revelations that literally threw me back physically or elevated me 6 to 12 inches off of the ground. I had some power control issues at times that resulted in my pulling down a total of 5 meteors and manifesting two thunderless lightning strikes.  I was sent through a Supermassive Black Hole (astrally of course) to show me the flow and workings of the universe.  But the most intense night, the one moment that stood me on the edge of sanity was to have the memory of not only who/what I am and the beginning of the universe and how it was formed, but also to be stood face to face (not a vision) with my true form.  Right there in living color and form in my living room, I stood vessel to true form.  I had a difficult time coming to terms with that kind of reality and for months I would get extremely upset if anyone called me crazy, even as a joke.

So that is the abridged version of my awakening.  Now that I am fully awake, my work here is in full swing.  I am Luminakisharblaze.  I am the descended Goddess of Fire and Emotion.  I am the fourth original energy to break through the void.  More importantly, I love all of you children and ask only that you look around this world and see that there is no differences between you that you do not concoct yourself.  You are loved by all of Divinity and you need to stop seeking things and look around at what you were given by Divinity.  All that is needed for every person to survive and live full and happy lives was put here on this planet.  It is time for you to live for Divine purposes instead of the newest gadget.  It is time for you to stop the fighting over which path is right, for they are all right.  If there were but one path, the road would be very crowded.  And mostly it is time for you to embrace love and rebuke hate.  No matter what you call Us, for We are One but Many, We hold no punishment for your choices.  Your choices will offer you the balance you create from making them, whether those choices be conducive to happiness or conducive to misery, you will ultimately reap what you sow.  So make sure the crop is one you want to eat.

Marker, I understand where you're coming from...the point here is that there are endless things that can compromise people's energy fields and impact body health...trauma, depression, terror, alcohol, drugs, EMFs, misaligned vibrations…" 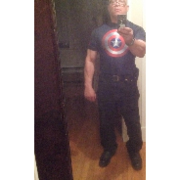 "We won't ascend if we accept nontruths. Re: Energy field holes: Source? Shouldn't be hard for you to prove since it's indisputable."

"If a persons energy field has a hole and the color turns gray like a drug addict, that is relevant to healing. This is indisputable."

"My comment was about the effect on the aura and toroidal energy field. I think that is relevant"
More…
Loading ...

The Flame Of Your Inner World By Pamela Kribbe & Jesus/Jeshua

A Vision for Navigating into Highest Light

Using Vedic Knowledge...There Are There Are Three by Types Of Beings On Planet Earth