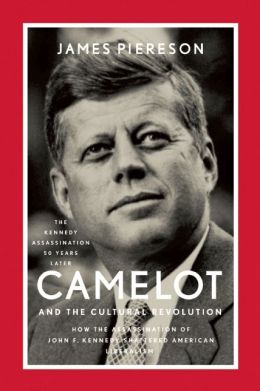 "Greetings, my fellow citizens of Planet Earth! I am once again with you and I have the greatest Joy and Honor to be with you in this moment in your time. And, yes, I asked that Camelot- the Camelot song - be played.* And there is more Truth to that than you may realize, for in the coming age everything will be perfect for every citizen, for every member of the Kingdoms of Mother Gaia!


"But, first, there is work to do. There are missions to carry out to their successful conclusions. You all know that when I was President, I had a full agenda of missions. And as I endeavored to fulfill them, as I endeavored to bring the United States of America - and with it the World - out of war and into Peace, as I endeavored to bring fairness and justice to the financial system and institutions, to bring the dollar back on to the gold standard, there were those who could not bear to see these things happen. For theirs was the program of favoring the very few, whereas mine was to favor all citizens and ultimately the entire World. And so my time as President was cut short, but not my life. And the very dreams that I held dear when I was President are now coming into reality!


"And so it is to be in Joy. Camelot is waiting for all, every one of us. And while it’s true there may be some bumps in the Golden Road, the gates of Camelot are wide open and the welcome preparations have begun!


"Now, those of you in the country of my birth - this time - the United States of America had elections just a week ago this day. I know that many of you were saddened, perhaps even disheartened by the results of the elections. My message to you in this time is you won it all! Peace and Love and Truth are the victors, no matter what your news broadcasts may be telling you, no matter what craziness may be seeming to be about to be put upon you. The Truth of it is that the Light has won! Why? Because there are many, many Truths which are coming out as a result of these elections!


"The Light of Truth is shining upon everyone! There will be revelations of corruption, of denial of voting rights, of tampering with the election machines, of tampering with the counting of the ballots. And most of all, there is not anyone in the World who is not aware of the fact that these elections were bought with money. There is already a story which is coming to Light about where some of that money came from, and it involves the one who is about to become the majority leader of the Senate. Drug dealers are being put out of business!


"And I will say no more because I am not here to point fingers at individuals. I am here to just give that one example of how the election results are actually going to turn upon those who manipulated them. Their stories are coming out now, and there will be more and more in the coming weeks.


"And meanwhile, meanwhile you have a President and World Leader of such stature, of such grandness and such Love, that even though they spit in his face behind the scenes and call him names - and this was done to me a time or two - I promise you that his Heart remains pure! And that he knows full well that he needs to step in to a role of more definitive leadership.


"The NESARA law is unprecedented and it is law! And it is fair. It does not single out any particular class or religion or country to be favored above all others, but rather it is for every, everyone, every member of the Kingdom of Humanity and, by extension, all of the Kingdoms of Planet Earth.


"And so it is to support the Announcement of NESARA. As it is seen, I shall make my presence known when that happy moment arrives, so that even more Truth will come out. I will tell you this - because I was embodied as a human, it was challenging for me to forgive all of those whom I knew had wanted to assassinate me, and there is a grand group. Many, many were involved. But I have done that!


"And so my fellow citizens of Planet Earth, I ask that you do the same. Believe me, if I can do it, you can!!! Stand with me. I offer you the Eternal Flame, that your Hearts may be even more brightly lit, and that you will find all of the Forgiveness that you need to be free, totally free from any, any of the fear-based emotions or thoughts. Instead, turn to Love and let us stand together in front of that Flame, that Flame of Love, that Flame of eternal Peace. And together we move forward into The Golden Age of Planet Earth! I am honored to have been with you in this Gathering, and I thank you more than any words could ever express. And so it is. Namaste!"


Transcription by Marta.
Given through Susan Leland, November 11, 2014.www.AshtarontheRoad.com