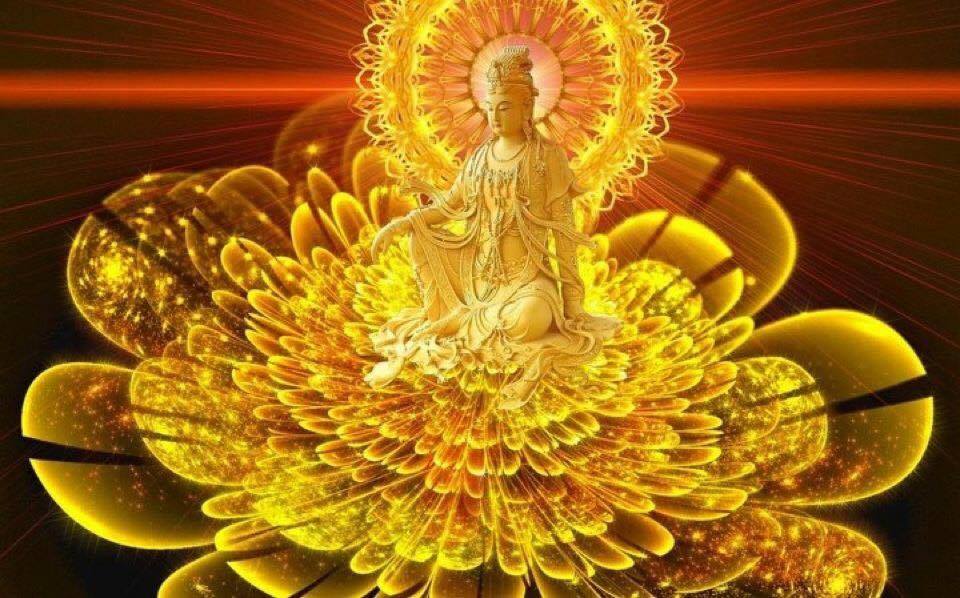 Guan Yin on awakening of the masses and more

Guan Yin says, dear heart, I am Guan Yin. I come today to give you an update on what is about to happen, and what has been brought to the surface by the current incoming energy.
Yes, Divine and the company of heaven, have implemented quite a few new rules on the planet lately. You may not have noticed but in reality, these newly arrived rules have been working deep in the society, and in the governments. As result, we have seen all the changes happening throughout the great cosmos and on the planet. Humanity has awakened enormously and has realized the influence of the dark forces on humanity. Therefore, at this moment, humanity finally realized the influences, rather than love, has ruled the planet for eons of time, and sees the results of that ruling. Now, humanity has finally sees it's own power and has decided to forgo the dark influences, start the new, and that is what is happening throughout the planet. In other words, what is happening on the planet is that humanity is finally giving up the influences which have ruled the planet for eons of time. Humanity has at last realized its own power and its own light, and decided to forgo the old rulers, give up the old power, and get on the path of self realization, adopting the Divine rules and laws for the highest good.
For that, Divine and the company of heaven, are thrilled and move along with humanity. What Divine really wants is what is happening. Divine wants humanity to realize its own Divinity within, to love each other and love the Divine and the company of heaven, and to recognize that the planet earth is its Mother. Humanity has come to this point now, and the trend is with us and with humanity.
I love you dear heart, I am Guan Yin. In the recent shift, the Divine has noticed that there are some light workers, who are supposed to be the leaders in this Ascension project, just recently remembered that they are indeed the ones who are needed. Those individuals, who have been appointed by the Divine as the Ascension leaders, have also been trained by the Divine over eons of time to be able to wake up on time and lead. And that has been the understanding of all concerned. But due to personal reasons or personal journeys, these souls who were appointed by the Mother and Divine as the Ascension leaders, we discovered that they are still in the middle of ego games and having a hard time getting on their designated path. For that, Divine has repeatedly sent warnings to their soul groups, and Divine has also separately worked on them for some time now. But the end result is still not that promising. At this point, as Divinely pointed souls, if you are in the known or unknown, or if you are still not sure what your roles are, what you are supposed to do on this Ascension journey, you may have to resign from the roles your soul signed up for so that Divine can designate someone else for the roles you suppose to play. It is pivotal that we have our leaders in place by now, so that the Divine plan can get moving forward. But in order to do so, we do have to remove a few designated souls who are not currently able to perform their Divine duties. Some are not even close to doing their job and those souls who are not doing their job, have to go.
We understand that your soul signed up for the job, and you have indeed been trained for the job. But in reality, we can not wait forever for you to realize that and start your mission. You need to resign now, and let some one else move to the position. That way, we still have you as our light worker, but not in the way of the Divine plan. That is the message. And that needs to happen now.
Besides replacing these souls who are not able to perform their Divine duties, Divine also has plans for the souls who are indeed doing their Divine mission and performing pretty well. Divine feels that these souls, who are really doing a great job, in their full capacity, and are able to move the Divine plan forward and fast. Divine knows these souls well and feels so much appreciation for them, and Divine wants to promote them more. Divine is ready to put them in important positions to carry out the most sacred Divine duties. Divine has full confidence in these souls and looks forward to their victories.
I love you dear heart, I am Guan Yin. In the next few days and weeks, you are going see more changes carried out by our Divine warriors. These warriors are fully equipped, fully dedicated and at full capacity. They are Mother's great loves, and Divine and the company of heaven, are so proud of them. They are indeed the Ascension heroes on the planet. For that, I salute them, send them my great admiration and enormous loving support. Job well done indeed. I am Guan Yin. I love you. So it is.

Views: 115
E-mail me when people leave their comments –
Follow

"Let me know how spicy you like your food. And I'll tell you a story about how it came into being.
https://www.youtube.com/watch?v=9Fdeq35qBEg"

"I saw this food prank. Thought it was hilarious.
https://www.youtube.com/watch?v=jQTHPI34uLI"
More…
Loading ...

Shamanism and the Siberian Great Bear