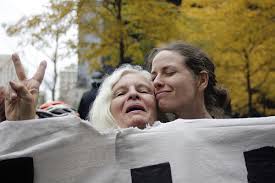 Up till now, we as a conscious body of lightworkers have been engaged primarily in clearing.

It’s been the hard work of allowing the knots in our consciousness, which ultimately show up as knots in our bodies, to work their way into our awareness, be experienced and be released.

Primarily where we’ve been working is at a body level. Many of us have been extremely sick. Many experience the knots in consciousness as bands of muscular tension in the body and have complaints that arise from stress and tension. Or inflammation of this or that part of the body.

For me, long ago now, it was colitis. AAM says I couldn’t stomach the condition the world was in.

Clearing work does raise our consciousness. And, in the growth movement, the various forms of bodywork (bioenergetics, Rolfing, massage, acupuncture, etc.), which released bodily tension, were definitely considered an integral part of consciousness raising.

But now we’re entering a new phase of consciousness raising. Now we’re entering the phase of it connected with our speaking. Notice I didn’t say “thinking” because what is thinking except speaking to ourselves? Until we’re telepathic, all thinking we do is in language. So this phase is now concerned with our speaking, our thinking, even our writing, our ways of seeing the world and taking purposeful action, and their products in ideas, attitudes, and actions.

When we talk about our speaking, thinking, and writing as a society, we call it our “culture.” So in looking at consciousness raising, we’re looking at building new elements into our common culture.

How does one go about doing that? Are we agreed that, like all other really, really important areas of life in our society, such as sex, communication, relationship, and child-rearing, there is no manual on it and there are no courses on it taught in school. (The latter we can fix.)

So we’re creating our own path here, with each step we take.

Ordinarily I’d launch right into a series of articles on first principles but I have a few articles I want to write first, on the nature of the old business paradigm that we’re leaving behind. I’ve met some lightworkers who still think that their new gifting endeavors need to follow the old way of doing things. I hope by giving us a look at that old way, we’ll feel able to let it go and create a new, heart-centered way of “doing business.”

Views: 57
E-mail me when people leave their comments –
Follow

"Hello! God is a imaginary friend character which lacks concrete scientific evidence for his supposed existance and that belief you don't need a education in science and technology.For the Elohim our ET creators we use are consciousness or…" 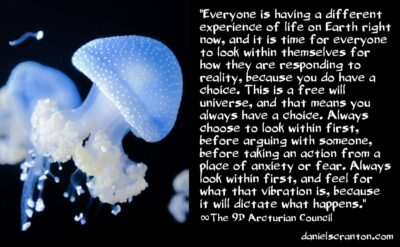 "No big pharma contract can ever beat the Human immune system.....I never took the shot, never will take the shot, nor any offered booster, or any offered bribe....I remain well...My health is perfect.....It's an attitude of mind, as well as…"
More…
Loading ...