Covid 19 Fake News & X-22 Report;Optics In Place, Alert Readiness Severe/Critical, We Knew This Day Would Come -THIS VIDEO WILL GET DONALD TRUMP ELECTED

India Puts the CDC on Notice

Dr. Rashid Buttar published another informative video for us about what is coming if we don't put a stop to the onslaught of lies and disinformation from the satanic global El-ites.

Many people have no idea how far technology has progressed in the past ten years. Why isn't it common knowledge? What you don't know can be your downfall. As Dr. Rashid says, the only way you can control people is to keep them ignorant---and that has been the job of the corporate or legacy media.

The New World Order lied to us all about the Corona virus and how dangerous it is. It's no worse than the flu, we now hear from some countries in Europe. It was a global event to get Humanity to give up freedoms and succumb to oppression through fear.

They lied about the death toll. It was obvious to some of us. The numbers were impossible. They wanted fear to envelope the planet.

They lie about everything; they shape our reality with their fake information and their suppression of the truth. Now we have YouTube, Twitter, Facebook, and other information platforms shutting down entire channels, censoring videos, and social media like Facebook and Twitter are blocking and shadow banning posts so no one can see them, as well as outright deleting accounts belonging to people who share information they don't want getting out.

They had us shut up in our homes, wearing masks, not going to work, not talking, and not touching. They isolated us from each other as much as possible because we were unifying. They needed to keep us apart so we couldn't communicate. 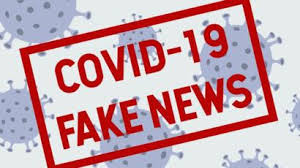 They also schemed to destroy the global economy but that didn't work, either. America bounced back bigger and stronger than ever with millions of new jobs and the stocks market and financial picture responded.

Nearly three months later, the lying, treasonous media is still telling us we need to wear masks and keep away from each other---unless it's under the circumstances they deem acceptable. Protests are fine. They want it easy for their masked ANTIFA and Black Lives Matter infiltrators to slink around between us while they locate their next target.

We have reason to believe that the lunatic leftists will remove President Trump's account from Twitter. It could happen. He is very powerful with millions following and his popularity is off the charts. There has never been a movement like this one. The MAGA movement. MEGA - make Earth great again.

Optics In Place, Alert Readiness Severe/Critical, We Knew This Day Would Come - Episode 2192b

The People are awake; all over the world. We know the ones who have been running the world are trying to destroy our civilization... very slowly. When Donald Trump was elected instead of Hillary Clinton it changed the game. They always cheat in elections and they were certain she would win---but fate had a different idea. The wicked witch of the west was shut out, and the dark cabal was shut down until they could regroup. 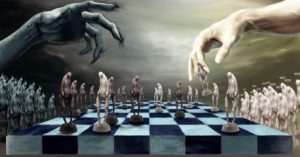 A new chess board had to be set up and the battle for dominion over this planet went into high gear. Good versus evil. Light versus dark.

As a result of this political upset, the shadow government has been forced to show its hand. Their evil puppets are showing the world that they have no interest in working on our behalf. The game plan is to destroy Humanity, and to do that they first have to topple America.

They have done this by infiltration of all aspects of our lives with their soldiers. The medical industrial complex, Big Pharma, the education system, government agencies, law enforcement, the church, sports, entertainment, everything.

We are now fighting for our lives---and so are they. They need to remove President Trump because he is fighting for us. He and the US military are fighting to save this country---and if they are not successful, not only will America fall to the psychopaths, but the rest of the world---every country---will fall and the Human civilization as we know it will become extinct.

Why would they do that? They are not Human. They are demonic Human hybrids that feed on pain, suffering, anguish, fear, anger, violence and hatred. They foment negative emotions in us. They worship the devil and their sorcerers and witches conjure evil spells to bring demons into our plane of existence.

They buy and sell Humans for experimentation, slaves, and perverted sexual gratification and, unfortunately, sustenance. Many of them are pedovores.

These are the truths they have kept from us which enabled them to control us. They must control us so we don't rebel and fight them. Those of us remaining if we lose the war will be completely controlled in mind and body and have no free will or choice whatsoever. They will be implanted with all manner of chips and technology like tagged wildlife who are tracked for their entire existence.

The uproar we are witnessing now across our planet is the whole of Humanity realizing who the enemy is; that it's not each other. The obscenely wealthy one percent of society who stole from us a large portion of every bit of money and energy we ever generated, are seen for what they are. Greedy and evil. Un-human.

It's us or them at this point, and we need everyone to realize the stakes. 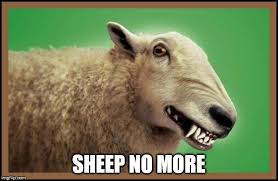 It's not an easy situation to understand or navigate.

Here we go... the media is telling us what to think, what to say, what to do. They want brainwashed idiots policing the rest of Humanity.  Shame them if they don't do what you do.

The enemy is often on the losing end.

ANTIFA just cancelled their protest in Placerville, CA today when the Hell’s Angels said they would be meeting them there.

Love being on the RIGHT side! 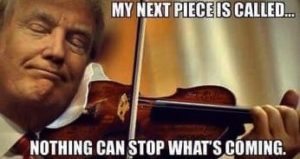 President Trump told us in his election campaign the truth about the situation on this planet. Not everyone listened---but they're listening now.

Pay close attention to the words on the screen. Words have not only meaning, but frequency, and they resonated with enough people in America that they elected Donald Trump as their president; the most powerful man in the world. He meant what he said, and he has over delivered on all his promises. Clearly, he is not a politician---but he is a miracle-worker. Have faith when he tells us "the best is yet to come".

THIS VIDEO WILL GET DONALD TRUMP ELECTED

If you would like guidance for Humanity, here is an example.

And so, as we come out of the coronavirus plan-demic and navigate the fake race wars and riots, we wait to see what the next crisis will be. We know it's coming.  ~ BP

Shirl:  I believe the killer bees are next.

The aWOKEning dems can't rely on electoral fraud, to get power and save themselves. Their latest black voter "appeal" tactic, is to bend the knee and slavishly plead for support, "suitably attired" in Ghanan-African tribal scarves and covid face-masks...lol

THESE DEMOCRATS HAVE GONE INSANE....if the were'nt already..

I bet genuine Ghanans are having a chuckle about these woke virtue signallers, in the US...

Wake-up People, court just ruled in Trumps favor they can't use CV19 for excuse to use mail-in Ballots, Hoo ray!

Nothing they do will work, but Heaven will take advantage of it by helping humanity by neutralizing and by redirecting the bad actions of the dark into something that will definitely wake up the masses...and it is already the case...At this point we (all of humanity) are protected...Ascension will continue...With much Love to you all...

As Shirl says, the deep state have tried and failed...They have reached new electoral lows by suggesting another insanity, of defunding police departments.
The deep state dems are desperate for power, to survive, yet they cannot win through the popular vote. So we are prepared for these moves and countermoves, as they push for complete anarchy:

2] Continental US will be under total comms blackout, to halt insurgency co-ord.

3] Line of leadership succession is Trump>>>Pence>>>Pelosi......Safeguards and additional protection measures activated to protect the line.

Being that the Russia hoax didn't work,  they tried impeachment which didn't work  either so they tried the pandemic which also didn't work then they moved on to the riots that didn't work... I have no idea what they're going to try next but we're on guard.

Krishna Kalki replied to the discussion 'THE TRUTH WHATS HAPPENING.. Extraterrestrial Communications ...Most People On Planet Earth Zombies...Most Doctors On Planet Earth Criminals...HIGHLY RECOMMEND'
"Here the extraterrestrial refers to the beings on this planet behaving like zombies because most…"
3 hours ago