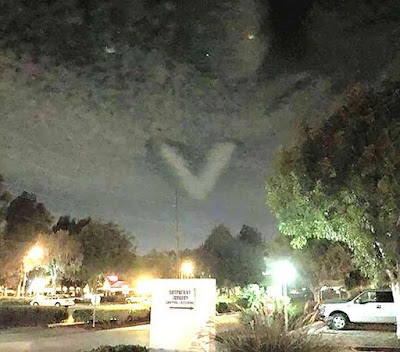 There are Cabal surrender negotiations taking place behind the scenes, and the general population has a right to know what is going on and to communicate their perspective. So here I am putting the terms of surrender for public review and discussion.

The Rockefeller faction will most likely fight until their bitter end, but the rest of the Cabal will surrender when it gets unsafe enough for them. Many positive factions are getting increasingly impatient and increasingly capable of removing the Cabal from the planet.

The purpose of negotiations is a peaceful transition, and not revenge against the Cabal.
They will get safety:

1. They can get assured that they will not be removed from the planet by any of the Earth based factions.

2. They can keep their kitschy castles and lifestyles, but not more, so that amounts to a few billion US dollars. No trillions in bank accounts that could steer the planetary agenda, no control of the media, no access to advanced overunity technology, no position of power whatsoever. They will be integrated into the new society as the 'Other side of the coin advisers' and given a chance to reintegrate as 'Honorable members of the 'New Society' after they accept surrender to the Light.

They will need to mend their ways:

1. They will need to release control over the financial system, the media, the military and the politics worldwide immediately so the Reset can begin peacefully and much needed assistance is given to humanity

2. They will need to appear in front of truth and reconciliation commission such as the ones in South Africa that were quite successful:

3. They will need to coexist withhumanity peacefully. One mistake, and they are removed.

These conditions are as favorable as they can possibly get for them. For this reason, many of them will begin to cooperate and actually genuinely accept the Light. Many were forced or born into Illuminati structure against their free will and many are acting out of deep trauma. Those who still refuse to cooperate, will be taken to the Galactic Central Sun after the Event

If they do not cooperate, and cooperate fast, the negotiating conditions may change, because the planetary and cosmic situation will change as the Galactic Central Sun is about to "sneeze".

GOLDEN MIND ,I DON'T KNOW WHAT YOU HAVE BEEN SMOKING BUT from my perspective it is not the Sirians that fell but the Annuaki, Dracos, and other Lizard people with a few Andromedians.The Sirians have been having to fight the Dacos through-out the galaxy.. your source of info is incorrect sorry to say. Sirians are the good guys, here to help us not hinder us. And GOD has no wrath but he is sending light and Angels to help us Ascend in this mission of Ascension business in this multidimensional universe that is becoming one,indeed Adonai

I don't know if I like the idea of them being able to keep billions of dollars just so they could keep a bit of there lavish life style. I think everything should be taken from them and make them work for minimum wage for awhile and see how they like being a slave for big brother. That experience would do wonders for them in there rehab huh! in fact I don't agree with much of this DEAL that they wont to make with the DC. i agree more with the factions that say ''no more deals'' lets get on with taking back our Freedom Now, its past time, no more time out! Indeed, Adonai

Comment by Roaring Lovely on July 15, 2016 at 4:43pm
Though shall not use 'dark matter' matter hypothesis of phyc to rifer to the dark (evil) entities.

In phyc, 'dark' can mean what you may term it as 'vibrating at higher frequency than our electromagnetic'. It 'appears' dark because it does not resonate with the frequency range of our light. They can be light beings but their isn't visible in our bandwidth.

And hmm if a thing can come out from a 'h***', then it better be a whitehole, the opposite of a blackhole.

Dr. SohiniBen Shukla liked amparo alvarez's blog post LET'S US TAKE A STAND AND FIGHT OPPRESSION OF OTHERS....ANYWHERE, ANYTIME...STAND UP AND HELP YOUR FAMILY - WE ARE ALL ONE...
4 minutes ago

Alan commented on the blog post 'SOUTH DAKOTA CONSIDERS FIRST STATE BILL TO OUTLAW ALL VACCINE AND MEDICAL MANDATES'
"If they are lucky, they will only be a memory of some time in the past. Thank you for being our…"
2 hours ago

Dr. Bruce Lipton Explains How Fear Is the Most Dangerous Part of COVID-19; Waki-Waki Starseeds

Carolin Radcliff commented on the blog post 'LET'S US TAKE A STAND AND FIGHT OPPRESSION OF OTHERS....ANYWHERE, ANYTIME...STAND UP AND HELP YOUR FAMILY - WE ARE ALL ONE...'
"Yes, the Violet Flame is an excellent tool. Calling on the angels of the violet ray and St.Germain,…"
7 hours ago

Carolin Radcliff commented on the blog post 'THE 9D ARCTURIAN COUNCIL - DON'T WAIT FOR THE EVENT/SOLAR FLASH'
"Same here. Been downloading a lot of courses on Udemy, lately, and learning a lot. I'm using…"
7 hours ago