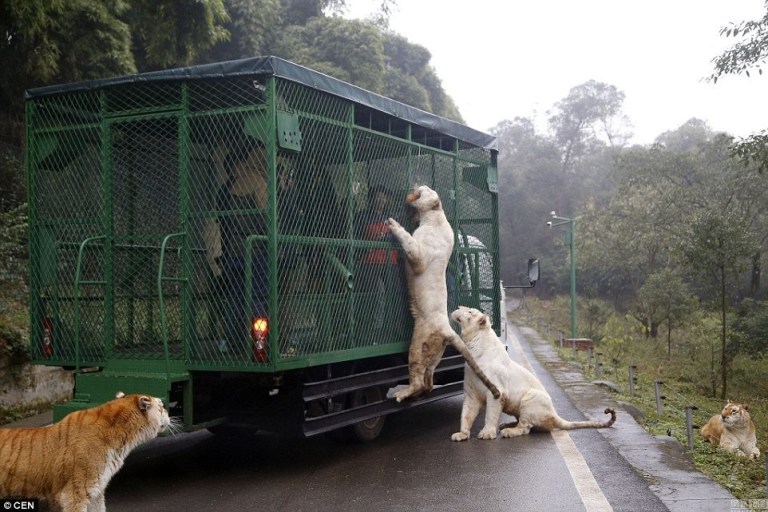 A zoo in China has flipped the traditional concept of a zoo upside-down. Rather than people visiting the caged animals, caged humans get visited by hungry animals roaming free, who they can even feed by hand.

At Lehe Ledu Wildlife Zoo in Chongqing city, visitors pay to be locked in a cage and stalked by the most ferocious predators, including tigers, lions, and even bears. The cage in which the visitors are locked in sits on a moving vehicle that has chunks of fresh meat attached to it. The vehicle drives through the park, allowing the meat to attract the predators. Very quickly, the animals come running toward the vehicle because they smell food, giving tourists the closest possible dining experience with them without Visitors within the wire mesh cage can push meat on a stick through a small opening at the top to feed the tigers and lions. The massive hungry cats leap onto the vehicle to eat the food, it’s an incredible thing to witness when one is within the cage, almost as if the lion is jumping directly on you. Sometimes, live chickens are also used to bait predators, which include Bengal tigers, lions, the White Tiger, and bears.

We wanted to give our visitors the thrill of being stalked and attacked by the big cats but with, of course, none of the risks. The guests are warned to keep their fingers and hands inside the cage at all times because a hungry tiger wouldn’t know the difference between them and breakfast.

When Lehe Ledu Wildlife Zoo launched the attraction in 2015, it was sold out for three months and had visitors battling to experience being a beast’s lunch.

Since tigers come centimeters away from clawing people in the cage, some critics believe this attraction is an accident waiting to happen. 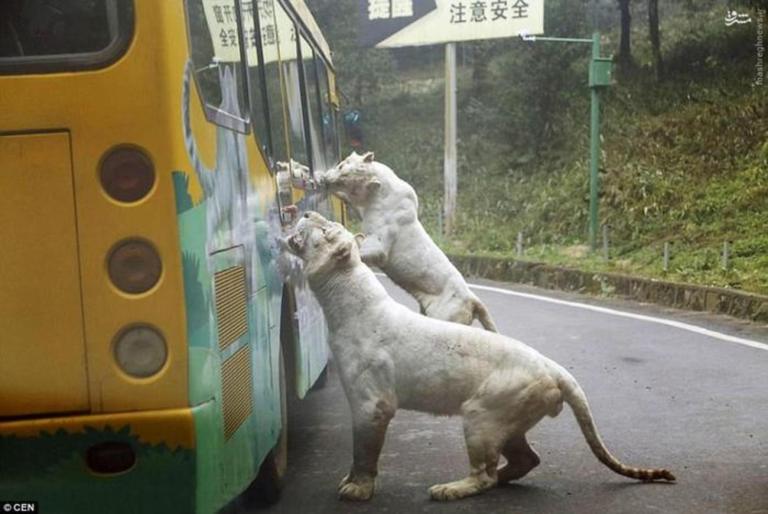 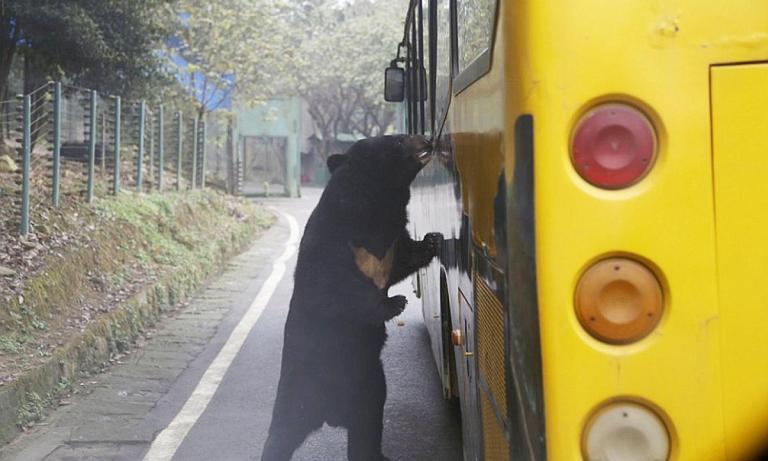 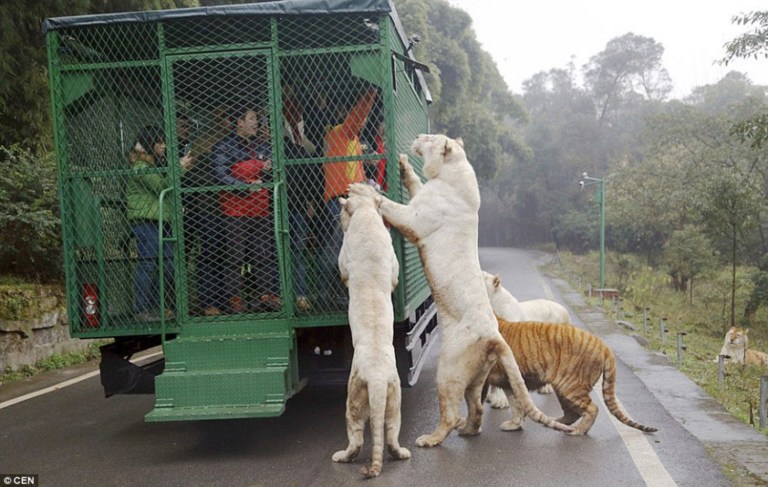 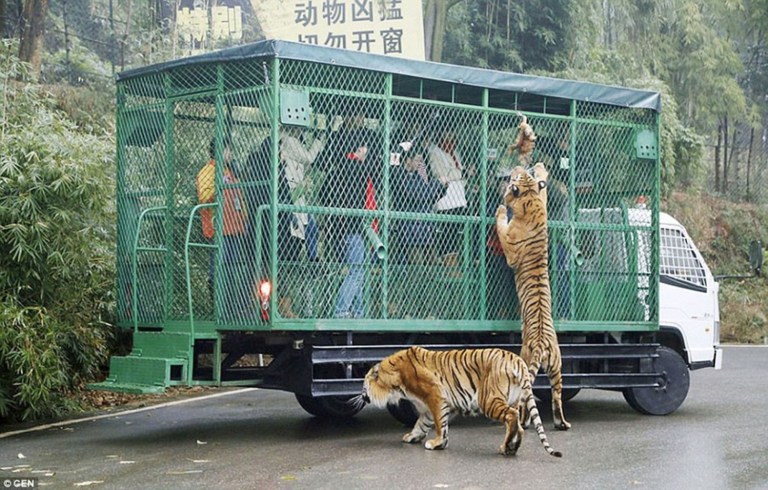 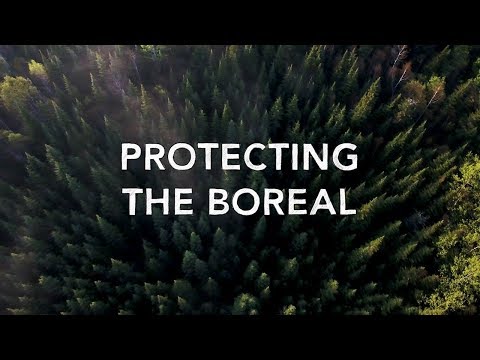 The 9D Arcturian Council: The Time Humanity is Moving Into Now