Much kindness and love to everything on here, I just want to post something that I have recently done and I feel so pride of myself to able to do this.

Anyway about a day ago I helped a female girl who I would class as friend and who I do feel attracted to not because she's beautiful outside but she has a beautiful inside. I can't explain in words why it's that feeling in your heart which you know. By the way her name is Pookie and she is Thai girl and I know alot people say bad things about Thai girls.

So anyway I know her for a good 4 month or so meet once with her and she was a very emotional because of so called boyfriend who has been very aggressive to her and treating her like she is dog and he just not helping in anyway in like English words spellings and when they talk, he shouts at her like he is the master and she is the slave no communication at all.

So I kept in contact with talking to her on Facebook and MSN messager and nothing a few days she was upset because of the fighting and she loves him but I gave some advice telling he's pulling at her feelings and that is not right in my own feelings. So I was giving my unconditional love and support like an spiritual awaken person does.

So after a 1 month and just recently she asked me if she can stay with me for a few days well it turned out be one, but I will get into that later. So I told was her I was working and we arrange to meet in Piccadilly gardens after worked which my city called Manchester. I was filled up excitement and worried abit because my apartment was abit a mess and said to her and she stroke my back with affection love and so thank full because I brought her a blanket and new bath towel.

Anyway we got to my apartment, I tidy it up and she was like saying I have beautiful kitchen and bathroom and I showed her around abit. Anyway we was talking and her so boyfriend was like phoning her and texting right crazy and said she was texting saying she is staying at a friends and pookie was really in contact good with johns mother. By the way john is her so call boyfriend name.

We was talking she was getting emotional and upset and I could see it in her eyes and I hold her hold for support and listen to and give her support and unconditional love to her and her boyfriend and she's answers and she was really telling to think about things he as done to her and that was really crying on the phone and all I could do is hold her hand and be there for her.

So I also helped her out by connecting her laptop to my internet and also other things, which her boyfriend would never do or has done and she felt very relaxed her and we even told a few pictures with each other and I am going to share one with you all. I picked a night dress for her when we went get a few bits before she came to my place.

Anyway she slept on my sofa and slept in my bed, but I wanted her to sleep in my bed while I sleep on the sofa. Anyway she was happy to sleep on the sofa and in morning we went to shop right near to get a few things she needed and I brought some coke for her, without telling her because she likes and coke even tho I don't drink it very rare I do.

Also she was surprise how healthy I eat, look after myself with natural things and was amazed by me. So I went to get ready for work and give her a big cuddle and another cuddle and kissed her on the head on her hair. She messaged me on msn because i have msn on my mobile and said she already miss's and was also going to stay at her friends for days who is female and I oooo right ok.

Anyway I got home and everything was here, she was already gone and after a few mins I missed her aswell and thern during the night she was on Facebook about 12 midnight abit drunk and saying is everything ok and stuff and she even said I miss you aswell.

I know that feel something for her and I can even feel the warm from my heart right when i think of her and talk about pookie and it's amazing!!! I don't know to do. Sorry my long story and I hope you enjoyed it.

PS: her picture is below or should be 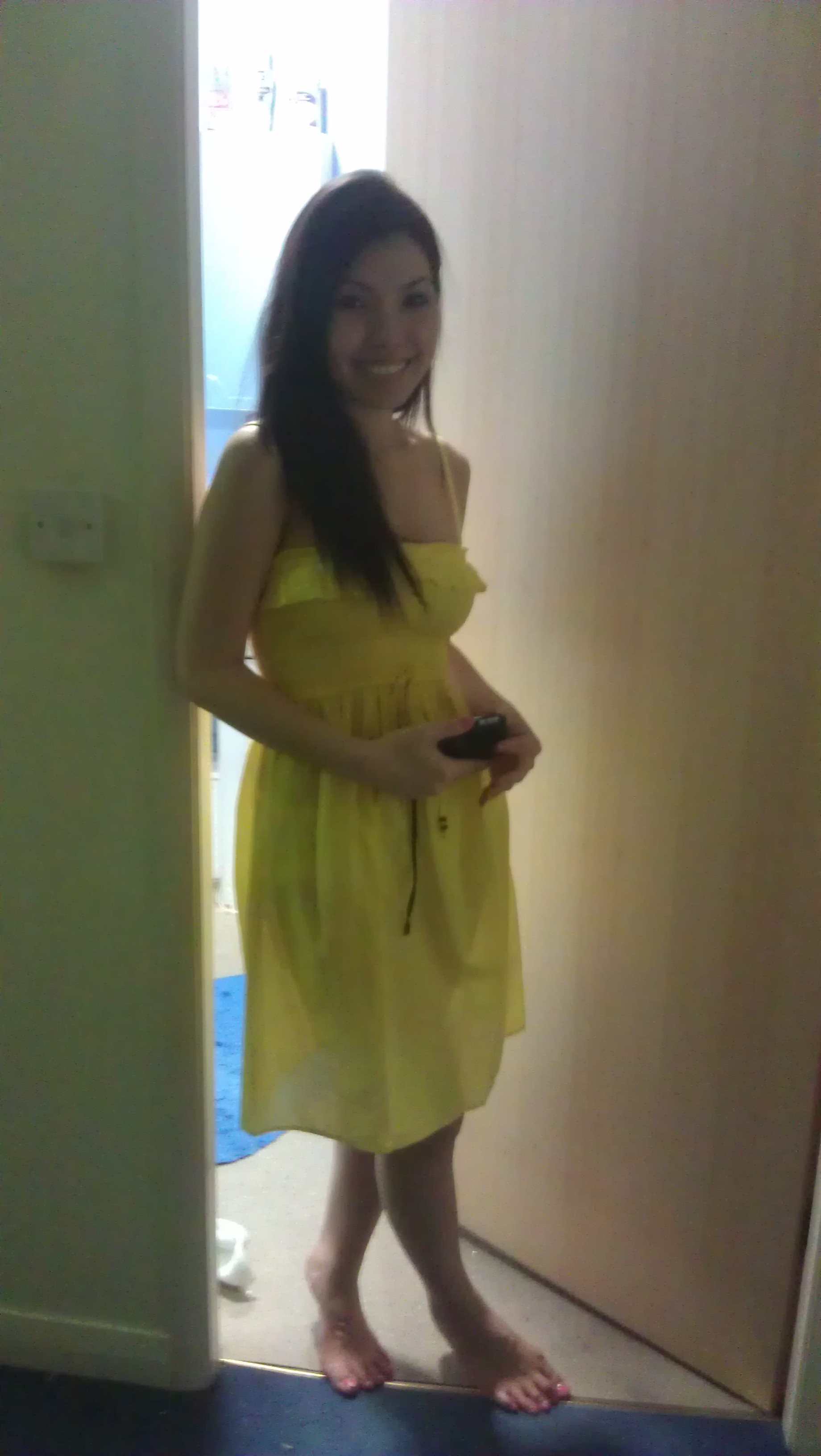