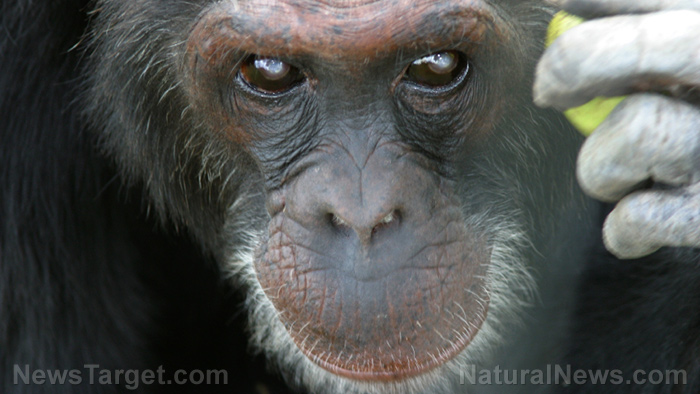 (Natural News) Scientists have often performed horrid and unethical experiments on animals, with some even going so far as to create hybrids using human genes. While they have been kept secret for many years, these controversies came to light in 2018.

For instance, scientists in China created horrible “humanzee” experiments in the 1960s by impregnating a female chimp with human sperm. While the project was eventually abandoned with the ape dying from neglect, Dr. Ji Yongxiang, a researcher involved in the experiments, claimed that the resulting humanzee would have the ability to speak to humans and have higher intelligence than other animals.

Recently, researchers from the Chinese Academy of Science said that plans to resume the experiments were underway, but it was not clear whether these plans pushed through.

In an interview, Ji said that humanzees could be used for farm work and exploration, adding that these could be sent down into dangerous mine shafts instead of humans.

“If it had worked, it would have taken the medical world by surprise,” he added.

However, during the Cultural Revolution, Ji – a surgeon by trade and one of only two doctors who took part in the experiment – was branded a counter-revolutionary and was sentenced to work on a farm for ten years. The project was halted in 1967; the lab was destroyed, and the researchers were either attacked or arrested.

According to Ji, the primary goal of the project was to develop a creature with a larger brain and mouth – this was the reason, after all, that chimps cannot imitate human sounds. In addition, the research also sought to explore the genetic similarities between humans and other primates, in particular, whether the two were similar enough to produce offspring.

Further humanzee experiments were planned in the 1980s, said Guong Li, a genetics researcher from the Chinese Academy of Science.

“My personal view is that it is possible because according to general biological distinctions, they (men and apes) belong to the same category,” he added. “We also did experimental work on this before the Cultural Revolution, but we were stopped. At the moment, we plan to arrange further tests.”

Li added that the “near-human ape” could be bred and harvested for organs, which can be transplanted into people, saying that a factory could be set up for extracting organs from humanzees. He even went to discuss the possibility of transplanting whole heads from humanzees to humans, although it wasn’t clear whether this meant brain transplants or entire heads. He also noted that transplanting a brain from a human to a humanzee could be beneficial as the “intelligence of a man can still be used.”

The team “humanzee” became popular in the ’70s following the emergence of a bald chimp that walked on its hind legs. The chimp named Oliver was presented to be the “missing link” between humans and chimps. However, tests conducted on the species in 1996 proved that he only has 48 chromosomes and was therefore not a hybrid. (Related: Situation Update, April 1st: China creating “Planet of the Apes” hybrid HUMANZEE army to conquer the world.)

Despite the controversy, China isn’t the first country to carry out these experiments. To note, Russia has started experiments since the 1900s, when former Soviet Union premier Josef Stalin ordered renowned scientist Ilia Ivanov to create an invincible breed of soldiers, insisting that the mutant warriors be “resilient and resistant to hunger.”

Ivanov presented the idea to the World Congress of Zoologists in Vienna, who seemed to have approved of the enterprise. He received a study grant of $10,000 ($277,080 today) from the Soviet Financial Commission, allowing him to carry out his experiment before it is approved by the Soviet Academy of Sciences.

In 2019, a team of researchers from various medical universities in Spain reportedly managed to produce the first human-monkey hybrid, although there had been no confirmed reports regarding the matter.

Many experts say that the humanzee may be the missing link in the theory of evolution, and the ability of apes or monkeys to breed with humans must make sense, based on the theory that they are our ancestors.

Watch the video below to learn more about these experiments.

Read more…
Started by James McConnell in Spirituality In General, Channeling and Channeled Messages, and Ascension and Awakening
0 Replies
Views: 330

Read more…
Started by James McConnell in Spirituality In General, Channeling and Channeled Messages, and Ascension and Awakening
0 Replies
Views: 216

"The PLA top brass must overthrow this 🦠clown....The people cannot do it on their own...Even Mao was more popular than this maniac....💉😷"

"The future sun will be enhanced to perfection, within a revitalized solar system....
Readers may be interested to know what the future solar system will comprise....Which planets remaining, or removed, or added.....

The Solarian Star Nation will be…"

"Readers may be interested to know what the future solar system will comprise....Which planets remaining, or removed, or added.....

The Solarian Star Nation will be designed, by the Elohim and GFL solar engineers, to be as perfectly viable as the…"

THE PLEIADIAN LIGHT FORCES ARE SENDING US THIS ENERGY UPGRADE. THIS IS THE TIME TO MERGE WITH OUR EMISSARIES OF LIGHT IN ORDER TO GET FULLY SYNCHRONIZED WITH THEIR VIBRATION. THIS ENERGY WILL CONNECT ALL OF US TOGETHER AS A TEAM AND CREATE THE…
See More

Here we are again, then. A thousand topics one could pick and yet, not one seems appropriate. So, perhaps once again, I feel it best to leave it up to you. You seem to always know the ‘Soup of the day’.Welcome, Blossom, and All who Enjoy our…
See More

"yes, the EU can only come up with some new "holograms" for the metaverse with no substance and without context in real politics lol"
More…
Loading ...

Here we are again, then. A thousand topics one could pick and yet, not one seems…