Obama’s Staged Fainting Act Exposed...he is probably the most corrupt leader of all

Stick:  Honey, we're just having fun.  Lighten up a little. (Humor is a part of Lightness, is it not?)  Oh, and by the way, we are not OUTRAGED at the fact that SOME PEOPLE think he's a " Lightworker", (I can barely contain my LAUGHTER  when people think this) we are OUTRAGED by the fact that he is a LIAR, etc., etc., etc.

& look at you 'Honey'... always upset when anyone has to audacity to suggest 'racism' is behind some of the ludicrous shite you guys are clinging to as 'Reality'... & yet when your buddy Kalki writes "... in reality they should be in a jungle hut ..black colour not white so they can call it the Black House" You don't call him out on it... no, of course not. None of you do! That would require a fraction of integrity. Instead you just tag along for the 'fun' you guys are having. Pathetic!

"Reality is merely an illusion, albeit a very persistent one." ~ Albert Einstein 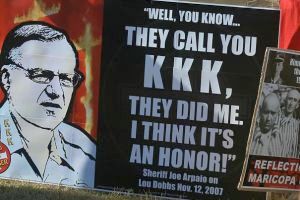 Stick:  I did not mean to be disrespectful when I called you Honey.  When people always keep on saying the  BLACK President, it gets on my nerves though. No, I didn't call him out on it.  People have their good points and their bad points - everybody is a little mixture of both. (Why didn't YOU call him out on it?  Because no one wants to TOUCH that sort of thing).

I've continually called ALL of you out on these type of comments throughout these one dimensional low-grade posts. Open your eyes darkstar... you're sleepwalking ;-)

Wait a second... Assiya, you're from Chicago? & you're actually using terms like 'negro community' & 'colored brethren'? Wow! I suppose with the overall tenor of this thread nothing should surprise me. I know you didn't mean it maliciously Assiya... but please move into this century.

As the shadows of duality continue to fade, we ALL have our 'roles' to fulfill...

Stand Strong in the Knowing that the Glory of the Light is but a breath away.

“Throughout history, it has been the inaction of those who could have acted; the indifference of those who should have known better; the silence of the voice of justice when it mattered most; that has made it possible for evil to triumph.”... “Until the philosophy which holds one race superior and another inferior is finally and permanently discredited and abandoned - well, everywhere there's war. And until the basic human rights are equally guaranteed to all without regard to race - it's a war. And until there's no longer first-class or second-class citizens of any nation... Until the color of a man's skin is of no more significance than the color of his eyes - it's a war. Until that day the dream of lasting peace, world citizenship, and a rule of international morality will remain in but a fleeting illusion to be pursued, but never attained.” ~Haile Selassie I Valana commented on the blog post 'TRUMP ACTIVATES NATIONAL GUARD IN CALIFORNIA, NEW YORK AND WASHINGTON...(LEFT/ ELITE STRONGHOLD STATES))/'
"Please post this on my site... this is the same as Martial law exactly but it's the same…"
5 hours ago