Last year, Julian Melchiorri, a designer and engineer from London, unveiled a living chandelier that is powered by green algae. Melchiorri showed off his invention at the London Design Week, to give the public a glimpse into his “Bionic Leaf’” technology.

“The metal structure is entirely hand-made and burned-colored. Each structure holds a single leaf module of 3 different sizes that repeats it-self 70 times on a radial array; similar to how nature shapes plants and shells,” Melchiorri says.

The leaves are also made entirely of sustainable materials. 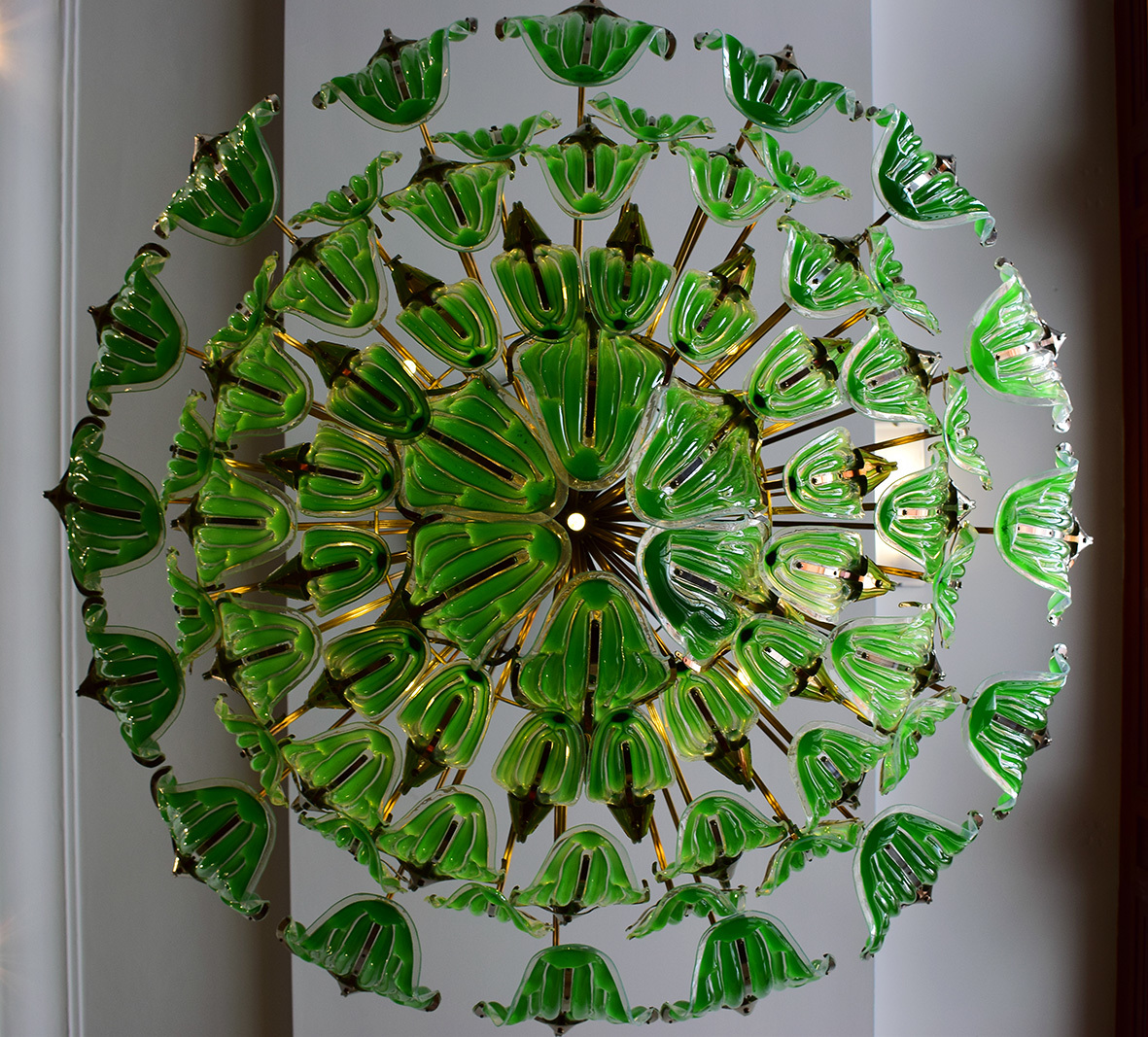 Through many years of research, Melchiorri has been able to develop a bionic-leaf that harnesses the natural power of photosynthesis. The design is called “exhale” because, in addition to lighting up the room, it also purifies the air.

The chandelier is connected to a life support device which continually nourishes the microorganisms. 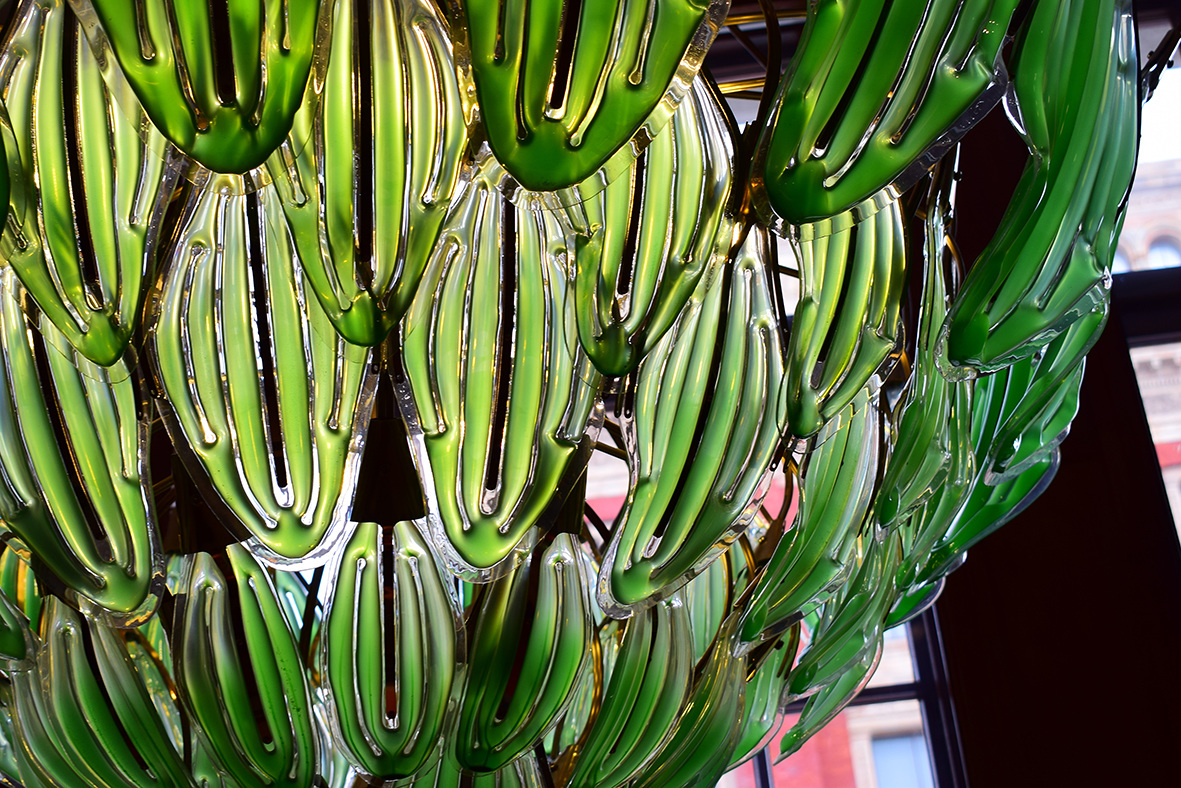 Melchiorri explains how the device works:

“Exhale is also the first living object which continuously grows while performing biologically-driven depurative functions. The light of the chandelier illuminate the space but also stimulates photosynthesis performed by tiny microalgae, this living microorganisms feed on carbon dioxide while releasing breathable oxygen into the room. This biological process performed by the chandelier establishes and explores a new symbiotic relationship between object and people where life-giving resources are constantly exchanged, and where each other waste enables respective metabolic processes. This exchange recalls how biospheric systems work, where waste ultimately doesn’t exist but is a valuable resource for other elements in that system.” 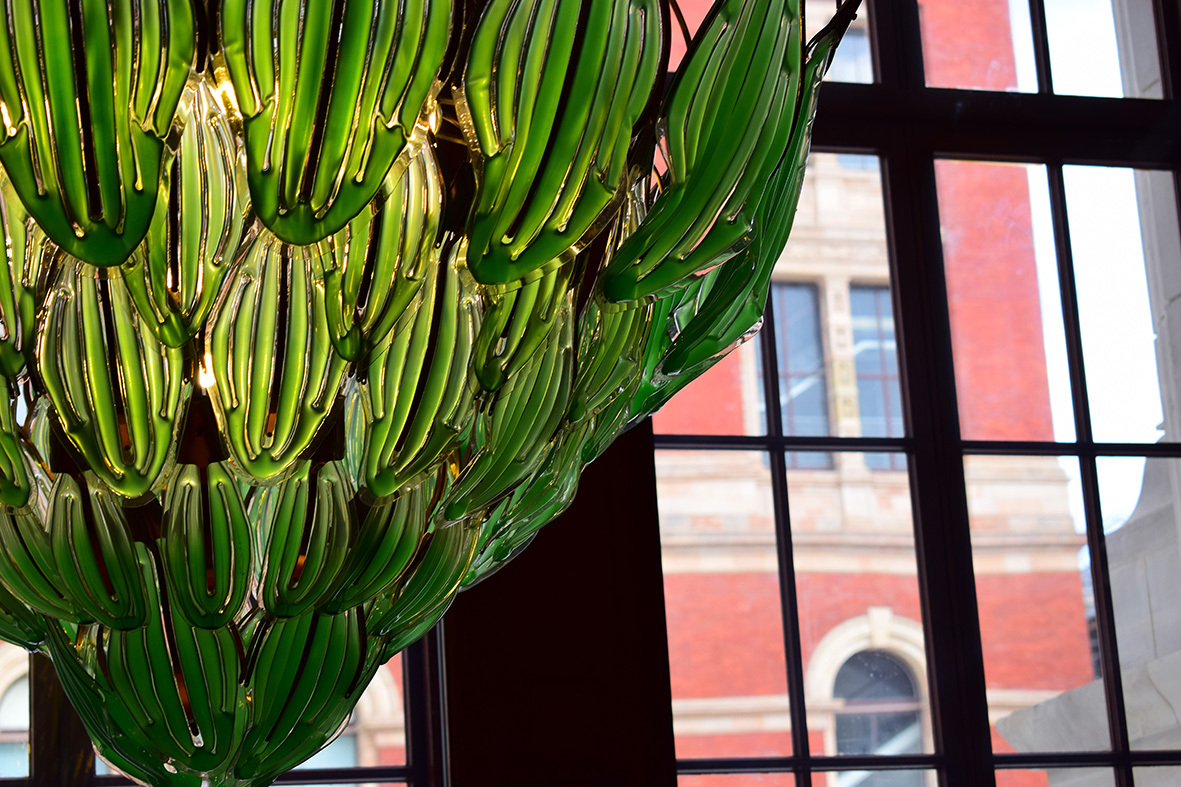 This project is merely a prototype for a technology that could potentially improve the lives of millions while cutting down on waste and the use of toxic chemicals. Melchiorri founded a biochemical technology company called Arborea where a team of scientists and engineers work to develop new uses for the “Bionic Leaf,” while perfecting the technology.

Arborea’s mission is to “help solve resource scarcity and global warming on a massive scale by utilizing the oldest and most important chemical process on Earth, photosynthesis.”

Melchiorri’s team is also responsible for developing the “Pelican,” a drone rescue system.

Another good idea ...could be used in hospitals, schools, shopping centres, churches and temples and a lot of other places

Valana (Patti) replied to the discussion 'The 'Secret Book of Alien Races' translated from Russian'
"Alan can you interpret mine?"
33 minutes ago

Valana (Patti) commented on the blog post 'TWIN SOUL ENERGY REPORT: ALLIANCE HAS WON: 2020 YEAR OF DISCLOSURE'
"Justin I know what you mean...everyday someone was coming, Ashtar was landing, AA Michael was…"
48 minutes ago

Drekx Omega liked Krishna Kalki's discussion Some Brain Booster Foods To Boost Focus And Memory ...If You Get Organic Even Better
2 hours ago

Drekx Omega replied to the discussion 'Some Brain Booster Foods To Boost Focus And Memory ...If You Get Organic Even Better'
"Yes good choices...Similar to my daily nutrient-dense keto, but the very dark choc I take is 92%…"
2 hours ago

Krishna Kalki replied to the discussion 'Some Brain Booster Foods To Boost Focus And Memory ...If You Get Organic Even Better'
"These are very essential brain boosters ...and some you could take daily ..try and get organic for…"
3 hours ago

Alan replied to the discussion 'The 'Secret Book of Alien Races' translated from Russian'
"The closed Armored shoulders & Helmut indicate's you are always being protected, no matter…"
3 hours ago