I lately write my feelings to process them and sometimes i can just write them down and it's enough; but sometimes i need to post them somewhere; and i dont wanna try to contact the person involved for this; and as these feelings still spin inside my head even tho i wrote them down i'll post them here instead (it's very relieving, really)

I really didnt want to do this, but since you are totally in love with pointing out their problems to ppl and HOW they should solve them, i am going to do this with you too.

It is just so easy to tell ppl they should try to reach peace inside when they are having daily contact with their star families; when they're grown up in rich countries as spoiled europeans whose parents never treated bad and never forced to eat meat even tho they didnt want to.

ITS JUST SO EASY TO TELL PEOPLE WHAT TO DO WHEN YOU HAVE NOT BEEN IN THEIR PLACES YOURSELF AND YOUR LIFE HAS ALWAYS BEEN SO EASY.

Telling ppl how to handle their depressive thoughts specially when they have asked you for help and you didnt give it to them; while you cry like a little girl as if the world was over for attacks against you by random ppl over the internet is called being a HYPOCRITE.

AND YOU WHO ALSO TALK ABOUT LOVE SO MUCH: blocking ppl without giving them an explanation and having them crying all the afternoon, thinking there was something wrong with them and having them get their head and eyes aching so much that they almost couldnt sleep in the whole night after that; THAT MY FRIEND, IS NOT VERY LOVING.

Many ppl here in the 3D who actually manage to have some sort of social skills know that there are other approaches to problems among ppl; one of them is called TALKING.

If the fact that you dont have a personal life bcuz your female standards are WAY TO HIGH so nobody can meassure up to them ( i for example could barely think trying to date someone like you; you woulndt like the music i listen to, not my black clothes and probably not even my piercings it's all TOO NEGATIVE FOR YOU, AND MOST LIKELY MANY OTHER GIRLS WHO'VE EVER BEEN INTERESTED IN YOU HAVE ALSO THOUGHT IN THE SAME WAY); and all that makes it for the other ppl around to be forbidden to actually talk about their OWN PERSONAL LIVES; THAT IS YOUR OWN ISSUE TO RESOLVE.

And i am not even surprised that you really may have nothing going on in that arena; bcuz ppl here in the 3D actually accept each other with their ups and downs to form stable relationships; and you apparently hate the downs (and even others that may be downs but only according to YOU)... while ppl like me for example already have partners who accept us with all of our downs, our black clothes, our depressive thoughts, and our occasional moodiness and PMS.

I DID TRY TO SUPPORT YOU AND BE YOUR FRIEND BUT YOU DIDNT LET ME!!

AND YOU APPARENTLY STILL ARE CALLING YOURSELF A LOVING PERSON... BUT LET ME CORRECT AGAIN: YOU ARE FULL OF PREJUDICE AND YOU ARE A HYPOCRITE!

"If you want to search more, google search 'Hoag's Object'"

"Now this is astonishing! A galaxy like this is said to be extremely rare, and yet when it appeared, we have two similar galaxies on the same spot, one inside another? The probability of both these object accidentally appearing next to each other is…"

"Living robots are now among us looked after by and created for human scientists.
https://www.youtube.com/watch?v=u1l4aXh1UG8"

"Amazon employees could soon walk off their jobs I don't think they'll like this like in the 70s a lot of manufacturing jobs went overseas. People protesting against these companies' harsh conditions and poor wages were often met with violence we…"
More…
Loading ... 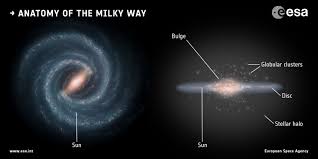