Hello friends at Ashtar, I come with some interesting news. Much debate has been engaged about the true identity of Barack Obama, the United States first "black" president. In reality he actually is not the first so called "black" president, as some of you may know, there were 8 presidents before the formation of the USA and the first true "black" president was John Hanson.

The rabbit hole has gone a little bit deeper and the light is shinning a little bit brighter on the subject and the true identity of Barack Obama.

Take a look at what the Urantia Book has to say about Abaddon.

"Abaddon was the chief of the staff of Caligastia. He followed his master into rebellion and has ever since acted as chief executive of the Urantia rebels."

Now you may ask , who is Caligastia,

"The “devil” is none other than Caligastia, the deposed Planetary Prince of Urantia and a Son of the secondary order of Lanonandeks. At the time Michael was on Urantia in the flesh, Lucifer, Satan, and Caligastia were leagued together to effect the miscarriage of his bestowal mission. But they signally failed."

PLEASE VIEW THE VIDEO, IT HAS VERY INTERESTING INFORMATION!!. 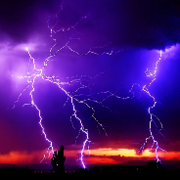