The twelve annual Festivals will constitute a revelation of divinity. (Alice A. Bailey) 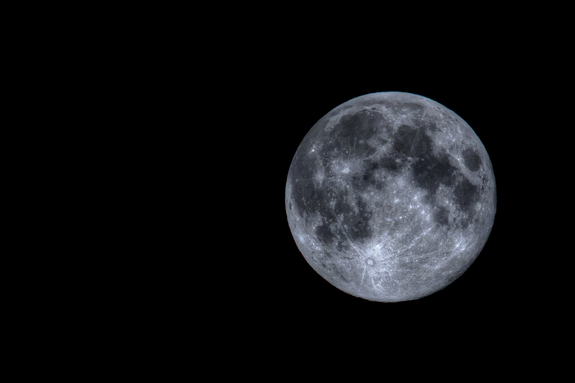 Meditation is a potent method of service to humanity when the mind is used as a channel for the reception of the energies of light and love and the will-to-good and their direction into human consciousness. And the moment of the full moon each month offers the greatest opportunity for meditation - particularly in group formation - to be used as a means of cooperation with the divine Plan or Intention for our world.

One may ask, what has the moon got to do with it? The energies of light and love and the will-to-good are always available to those who can contact them in meditation. But in all aspects of our planetary life there are cycles in the ebb and flow of spiritual energies with which groups, as well as individuals, can consciously cooperate. One of the major energy cycles coincides with the phases of the moon, reaching its peak, its high tide, at the time of the full moon. This is a time, therefore, when the channelling of energy through group meditation can be uniquely effective.

The moon itself has no influence on the work; but the fully-lighted orb of the moon indicates a free and unimpeded alignment between our planet and the sun, the solar centre, the energy source for all life on Earth. At such times we can make a definite approach to God, the Creator, the centre of life and intelligence. That this realisation is part of humanity's ancient intuitive understanding is verified by the many religious festivals which are fixed by reference to the moon or a zodiacal constellation. The esoteric Law of Cycles -- the law which is symbolised by the waxing of the moon to full brightness followed by its waning -- affirms that we can consciously cooperate with the flow of spiritual energies:

The soul's meditation is rhythmic and cyclic in its nature as is all else in the cosmos. The soul breathes and its form lives thereby. The rhythmic nature of the soul's meditation must not be overlooked in the life of the aspirant. There is an ebb and flow in all nature, and in the tides of the ocean we have a wonderful picture of an eternal law... the idea of a cyclic response to soul impulses lies back of the activities of a morning meditation, a noonday recollection, and an evening review. A larger ebb and flow is also indicated in the two aspects of the full moon and the new moon. (Alice A. Bailey)

Today countless serving groups large and small meet regularly throughout the world at the time of the full moon each month for meditation work. It is helpful to realise that such meetings for group meditation as a service to humanity have been held for many decades now. So the work does not start anew every month or every year. Over the years a usable group channel for energy distribution has been created which continuously grows and builds on what has been achieved, and which demands of us at all times a deepened understanding and an increased ability to penetrate to new levels of consciousness, so lifting the consciousness of humanity as a whole even by an immeasurable fraction.

That this may be difficult for newcomers is understood. But with the emphasis on the contribution each one can make in meditation, and in view of the group nature of this work, which includes individuals at various levels of growth and understanding fused together through group effort into a functioning unity, it is possible to maintain an open group in fluid condition without affecting the power of the group channel, while at the same time offering opportunity to those who wish to contribute what they can. In other words, we come to give - not to receive.

It is useful to have some understanding of the particular spiritual qualities and opportunities afforded us by the astrological sign of the moment. So while astrological factors are not the focus of the meetings, it is helpful to be aware of the general and persistent influences as we enter into their orbit, and also to become sensitive and intuitive to the changing emphases according to the development of the planned work of Hierarchy and the changing conditions created by humanity.

We are concerned in this sense with esoteric astrology: the astrology of the soul, of the disciple. It is not necessary to know the fundamental postulates of the mundane astrology of the personality, or the lower self, which is not yet responding adequately to the influence of the soul. We can grasp and understand something at least of the principles of esoteric astrology, which is essentially the science of relationship, without any background in orthodox astrology. However, esoteric astrology is only one of the many sciences to be developed and used during the age of Aquarius. Therefore, while certain energy and activity deductions, based on what we know of the current zodiacal sign, are significant, no undue emphasis need be placed on them.

The energies which are uniquely available at the full moon -- when rightly understood, received and transmitted in meditation -- can be instrumental in helping humanity to move on towards its spiritual goal as an integrated, aligned centre of consciousness within the body of the One in Whom we live and move and have our being. This is the essential objective of monthly full moon meditation meetings.

In preparation for group meditation, the most significant part of the work is to become aligned and integrated as a group, open in consciousness to the Hierarchy and the Christ as head of the Hierarchy, and to form a usable channel of energy communication in human consciousness. For this to be successful we must know something of how the Hierarchy seeks to use the opportunities of the particular full moon period. Where does Hierarchy place its energy emphasis according to the changing tides of energy and the changing events and circumstances within humanity? This we must try to intuit and to register. If we can touch in thought on some of these essential factors, we can be of greater practical service in our effort to cooperate with the meditation of the inner government of the planet - the spiritual Hierarchy - so helping to create a ferment in human consciousness, bringing about changing attitudes of mind and heart and changed conditions in world affairs.

In undertaking the service of full moon meditation, the aim is to work imaginatively as members of the new group of world servers, dedicated to world service. Spiritually and telepathically the group is one and the work is one. Essentially, of course, these are meetings for meditation at a time when meditation by a subjectively fused and focussed worldwide group of servers can be effectively used by Hierarchy for the channeling of energy and for the purposes of human redemption. Group meditation is, therefore, the intention of groups coming together each month. These meetings are not used in order to teach elementary esoteric principles. A talk, which is often given as a preliminary to the the meditation, is not intended to be a lecture but to focus, unite and lift the thought process of those present.

We do, however, have three vital factors always in mind:

The effect of human meditation at this time is to change conditions, to invoke higher, spiritual potencies, to work with concentration -- both vertically and horizontally -- within the world of men and within the Kingdom of God. This vertical and horizontal activity holds the secret of creative meditation. It is invocative of the higher energies, and creates a channel of contact between soul and spirit. This is brought about by what I have called "vertical meditation". It is also evocative and creates a ferment or dynamic movement in the level of being which must be affected or changed, and this is the horizontal aspect. Both the vertical and the horizontal activities are descriptive of the method of invocation and evocation, as employed by all the linking groups between the various planetary centres. (Alice A. Bailey)

In the New World Religion "the science of invocation and evocation will take the place of what we now call 'prayer' and 'worship'. Each full moon period or spiritual Festival will be a definite time of focussed group invocation and it is towards this that we work. Of all the full moons of the year there are three which are of greatest spiritual importance, concentrated in three consecutive months and leading, therefore, to a prolonged annual spiritual effort which will affect the remainder of the year:

Three Spiritual Festivals are already kept throughout the world, though not as yet related to each other. The time is coming when all three Festivals will be kept simultaneously throughout the world, and by their means a great spiritual unity will be achieved and effects of the great Approach so close to us at this time will be stabilised by the united invocation of humanity.

The full moon period is generally considered to cover five days, the day of the full moon itself, the two preceding days and the two days following the full moon:a.   The two days of preparation: Drop all thought of your own problems, personal and spiritual; try to understand the Plan and your relation and the group's relation to it.b.   The day of safe-guarding: This is the day in which the actual moment of the full moon takes place. It is the time of contact between the outer and the inner groups.c.   The two days of distribution, right release and use of the group energy. This could include thought about the techniques of service and the skilled action by which a need can be met.

Further literature on full moon meditation is available from the Arcane School. 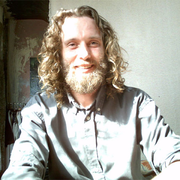