This will be the last Full Moon before Jupiter leaves the sign of Cancer and enters the sign of Leo.  Leo rules speculation and entertainment, and with Jupiter ruling expansion and good luck, I am sticking to my guns that the next year will feature a memorable bull market movement in the U.S. stock market before an equally memorable panic follows this bull market.

IF THIS STOCK MARKET PREDICTION DOES INDEED HAPPEN AS I PREDICT, THIS MAY PAVE THE WAY FOR A 2016 U.S. PRESIDENTIAL RACE WITH REALLY FRESH FACES, INSTEAD OF THE SAME FAMILIAR NAMES IN U.S. POLITICS.

The July Full Moon will feature the Sun conjuncting the star of Castor ("violence and mischief") and the Moon will be conjuncting Dheneb ("ability to command and martial arts").  It will form a cross with the North and South Nodes, with Mars near the North Node. The South Node is near Kudah Alkurah ("kings, rulers, judges, and injuries of war") and the North Node is near the star of Spica ("the fortunate one") with Mars nearby.

The star of Al Pherg ("steadiness and success with determination") will be overhead in the District of Criminals chart that I provided below (on a Saturday). The Star of Praesaerpe ("murder, tragedy, fires") will be rising at seven degrees Leo. 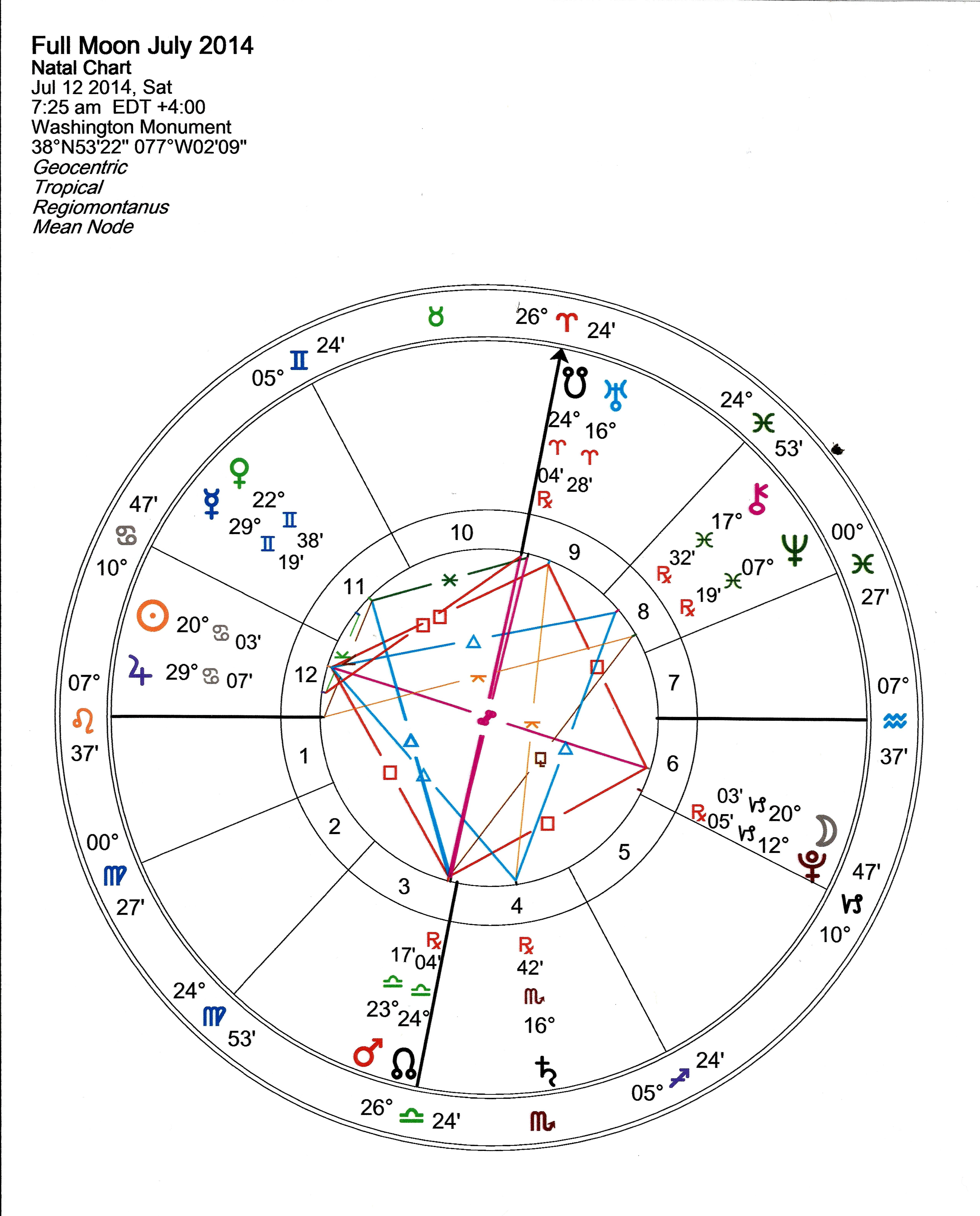 This will be a tough call (as usual). But because of the overlapping of violent and military-related star energies mixing with star energies of wisdom, peace, and success (and with the Nodes in houses that are related to "pen and paper" (third house) and "the law or philosophy" (ninth house), there is a possibility of either important mundane treaties or agreements for peace to be made (hopefully) OR breakdowns in mundane treaties and agreements related to peace or international agreements. It is possible that some important breakthrough in settling a major conflict may take place (and yes, there are many such conflicts going on).  Either way, expect something important to take place regarding treaties and agreements affecting two or more countries.