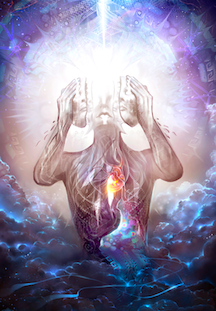 “You don’t become completely free by just avoiding being a slave; you also need to avoid becoming a master.” ~Naseem Nicholas Taleb

In the midst of a hyper-violent culture blinded by the statist agenda of control, militarized cops brainwashed by the statist notion of law and order, and a bloated military with the monopoly on power through tyranny, it’s difficult for the would-be-resister to live with any confidence that their freedom will not be compromised by the violent thugs in power or by the indoctrinated statists that represent the majority.

Difficult time to be free. Made even more difficult because of the level of psychosocial statist programming causing the majority to believe that everything is okay as long as they keep voting. Caught up in their hyper-realities, going through the motions of being an abstraction of an abstraction, the ignorant statists are convinced that everything is just fine, that the authority of the state is necessary, that the militarization of the police will help keep them protected, that an obese, money-sucking, terrorist-generating military will somehow make them more secure. What is this, 1984? What’s next? War is peace? Freedom is slavery? Ignorance is strength? Sadly, in some ways, we’re already there.

The problem with statism is that everything seems okay inside the bubble, but the bubble is always about to burst. Statism is slavery by consent. It hoodwinks people into enjoying their servitude. It (brain)washes out logic and reasoning through nationalism and patriotism, thus scrambling the ignorant statist’s brain into exploitable soup. Bombarded by state-engineered symbols that the statist marries their fragile ego to, statism is by far the most dangerous religion. Made all the more dangerous because people are born and bred into being statists and cannot even imagine thinking outside its box.

But resistance is not futile. It only seems that way because we are surrounded by the Goliath that is the state. No, on a long enough timeline, resistance is fruitful. Resistance always has, and always will, lead to human flourishing. It might not always be pretty, but resistance to any and all standing orders (manmade laws), is the key to a healthy, sustainable, and progressive evolution for our species.

The art of having no masters is perfecting the science of resistance. But resistance isn’t fairytale romantic. It’s not pretend confliction. It takes effort. It takes perseverance. It takes counterintuitive ruthless compassion, usually in the face of those you care about. Definitely not for the faint of heart. But, then again, having a faint heart is for statists who imagine they need a master, not for anarchists who know they need only master themselves. Yes, resistance is fertile but, more than anything, it’s courageous, uncomfortable, and dangerous… Let’s break it down… 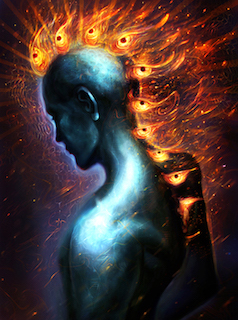 The art of having no masters cannot be rationalized until one has the audacity to question things as they are. As Noam Chomsky famously stated, “The general population doesn’t even know what’s happening, and it doesn’t even know that it doesn’t know.” Indeed. Until the individual stands up and dares to jut his/her head above the sea of status quo conformity, they will continue to be ruled. But being ruled, or not, is always a state of mind. Until the individual has the audacity to change their state of mind to self-rule despite those who seek to rule them, their “soft slavery” will continue… it takes a particular flavor of courage to rise above the comfort and security in order to actualize self-mastery…

…The art of having no masters is not a pleasant art. It is in all ways disruptive. It is completely unsettling. Much cognitive dissonance must be successfully navigated. And there are always setbacks. Because the art of having no masters means having the courage to (at least attempt to) master the individual self, despite those who seek to rule the individual’s self, it is never comfortable. Though one can glean much comfort out of owning oneself, it’s never easy. Especially in a world that thinks everything should be owned…

Indeed. Those seeking to perfect the art of having no masters must embrace the discomfort that comes with rocking the boat. It’s a double-edged sword, for sure. On the one side is sweet freedom, but on the other side is taking the painful responsibility for that freedom. But the genuinely autonomous, the authentic seekers of freedom, the true anarchists, will always choose to stab themselves with that double-edged sword, no matter how uncomfortable or painful it might be. Thereby taking the next step toward self-mastery and further perfecting the art of having no masters.

“The Matrix is a system, Neo. That system is our enemy. But when you’re inside, you look around, what do you see? Businessmen, teachers, lawyers, and carpenters; the very minds of the people we are trying to save. You have to understand, most of these people are not ready to be unplugged. And many of them are so inured, so hopelessly dependent upon the system, they will fight to protect it.” ~Morpheus, The Matrix

If resistance is dangerous, then the art of having no masters is doubly dangerous. Especially in a world where the majority of the people are dead-set on having masters. In a world where the majority are convinced they need a queen, or a king, or a president, it makes it problematic for those who are seeking to take responsibility for their own power and who are teaching self-leadership. It’s dangerous because people are afraid of what they don’t understand. And the majority of people simply cannot understand a world without rulers and masters. Talk about not being able to think outside the box, let alone the Matrix…. Everyone wants to be Neo, but nobody wants to take responsibility for their own power.

With all these people giving up their power, in Stockholm-syndrome-esque proportions, it makes it difficult for the would-be self-master to work on his/her self-mastery. But work on it they should. We need more leaders who are able to resist. We need more courageous individuals who are not afraid of getting uncomfortable or facing the danger of being right when the majority of people are wrong. We need more self-empowered individuals seeking to empower others, despite a world that’s attempting to take that power away. We need more trailblazers who are not afraid to spearhead self-authority straight through the heart of state-authority. We need leaders who have the audacity to teach self-leadership and self-rule through self-empowerment, despite the state which only seeks to rule by the illusion of authority through the overreach of violent power.

In short: we need more people who care about life to resist those who do not, because life is freedom and freedom is life. That is the heart and soul of the art of having no masters. As Derrick Jensen said, “We are the governors as well as the governed. This means that all of us who care about life need to force accountability onto those who do not.”

"this is the first time Matthews mother-if she is still channeling him-that his/or her bias support of obama and as an extension the 'cabal' has turned and exposed obamas involvement in ukraine to bring about the bioweapons labs and child trafficking…"
More…
Loading ...

With loving greetings from all souls at this station, this is…