From Wikipedia, the free encyclopedia
Jump to navigation Jump to search

Don't Bite the Sun is a 1976 science fiction novel by Tanith Lee set in a utopian world which the main character comes to reject. The main character and her friends are wild, crazy "Jang" teenagers whose lifestyle is full of reckless behaviour, promiscuous sex, repeated suicide (upon dying, they are reborn), and a constant search for thrills. Over the course of the story, the nameless narrator fails to relate to her seven Jang friends but finds herself, feels emotion, and learns love.

On a desert planet in the distant future, humanity inhabits three domed utopian cities: Four-BEE, Four-BOO, and Four-BAA. Humans have no responsibilities; their daily needs are served by quasi-robots which even run the government through a Committee. Young humans known as "Jang" are rigidly expected to do whatever they please, indulge in various forms of drugs, have sex (as long as they marry first, even if it is just for the afternoon), and live for their own pleasures. They can visit, have their dreams constructed for them, buy or steal anything they want at will, and even sabotage the city (though the robots instantly repair any damage). Robots handle everything, and nothing is left for the humans to do. Nor can they die in any meaningful sense; when they do, they are resurrected in a body customised to their wishes.[1]

People can change bodies every thirty "units" (days) or commit suicide if they want a change before the allotted time. They can be male or female, and body designs can get very fanciful, with wings and antennae frequently worn. They can travel by bird plane or bubbles on waterways, or teleportation through a Body Displacer. Travel between the cities is by sky-boat, a large floating cruise vessel, or sandship, a cruiser that hovers just off the ground. News is transmitted via "flashes," perhaps on public screens at various points in the cities and on viewscreens in private homes. "Picture-Vision" is an endless transmission of artistic images on film, both live-action and animation, usually plotless erotica; when the narrator tries to create an animated Picture-Vision piece in her search for work, she's told it's good, but has too much of a story to it. Android or quasi-android animals are common as pets, but real animals are also not unusual. Children go to hypno-school to learn complex math that will never be used again except in meditation, all while completely asleep. The cities are completely climate-controlled. Consumer goods and services are paid for through emotional energy; one goes into a pay booth and expresses fervent, enthusiastic gratitude, often aided by drugs. Outside the domes, however, lies uninhabitable desert, plagued with sandstorms, volcanic eruptions, and furry, long-eared, egg-laying beasts that wander the great expanses.

The book opens with the narrator visiting Hergal, a close friend, after his fortieth suicide-by-birdplane. Offended by his insensitivity, she kills herself, then, in a new body, embarks on a series of mundane attempts to amuse herself, including stealing a white fluffy desert animal that she keeps as a pet, programming elaborate dreams for herself, having unsatisfying sex with her peers, and employing a wide variety of legal drugs. Incapable of making emotional connections with anyone, she finds her life increasingly unsatisfying, though her demanding and difficult pet does interest her.

Soon after going through the mundane rituals of her life the narrator feels like she should not be a Jang teenager any more. However, the quasi-robots who run the city determine that she is not ready to become an older person. Soon she tries looking for a useful job, but to no avail: robots and computers perform every useful task. She then attempts to have a child, but is unable to find a suitable partner, tries to have a child with herself by taking a male body, and ends up causing the child to die. Unable to fill the emptiness she feels, she joins an expedition to explore the deserts outside the city. During this expedition, the narrator realises the beauty of life outside of the domes and she gains a strong emotional connection with her stolen pet. However, it is then accidentally killed, devastating her. Upon returning to the city, she is still unable to make lasting emotional connections with her peers. She considers death and wonders if she really belongs in the city or somewhere else.[1] In this sequel, the narrator has spent the past several years in male form and studying ancient history, learning the art of swordsmanship as a pastime. His friend Danor returns from the city of Four-BAA; their circle of friends gathers to welcome her, and the narrator deceives them and escapes with Danor to his home. Danor has had an illegal affair with an older person, Kam, whom she still loves. Infuriated at the trick, another circle member, Zirk, challenges the narrator to a duel. The narrator's superior skill wins the bout, but he commits the supreme crime by killing Zirk (even though Zirk is resurrected). The narrator is tried, convicted, and sentenced to exile outside the domes. Demanding a refitted sandship, a luxury cruiser ordinarily used to travel between cities, the narrator (now female) tries to reconnect with the desert, including befriending local wildlife. A little "Grey-Eyes" creature falls into the food/water processor, and while it's unharmed, the processors explode. When the resulting spout of water irrigates the surrounding desert into blooming life, the narrator decides to cultivate the "garden" and demands equipment from the city, whose "news flash" teams create a documentary with her permission. Danor and Kam arrive, having chosen exile even before the film so they can be together; Jang teens soon follow, and the quasi-robot government forms a plan to quell the rapidly growing out-dome community.

"Lovely Lights, we have a simple meditation focus suggestion for this year's opening of the Lion's Gate (July 26th), with a more extended meditation to follow at the peak of the Gate on the 8-8. All very welcome to join in this focus opening now, if…"

"It will be something they regret cause just like the USSR went away in 1991 so to will Red China eventually be gone."

"Dr Fauci (Faustus) made a pact with the devil and hell awaits him....Well, it is karmic to create a pandemic in a lab....Four positively charged amino acids, within a bat virus' receptor binding region (the flat bits on the spikes,) do not occur in…"

"https://www.youtube.com/watch?v=bZZgAAe0ido TAROT BY JANINE SHARES AN IMPORTANT UPDATE!!! MUST WATCH!🇨🇦AND 🌍"

"OK head up the word is out from the US Military for family to stock up now,"
More…
Loading ... 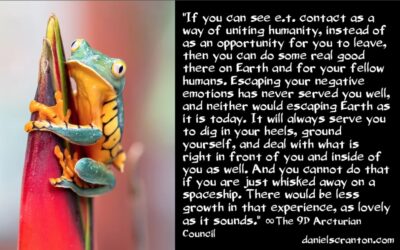 The Sacred Cup: The Open Heart