CHINESE BILLIONAIRE TO DONATE 500,000 TEST KITS AND 1 MILLION MASKS TO THE U.S...Yes You Probably Guessed Made In China

CHINESE BILLIONAIRE TO DONATE 500,000 TEST KITS AND 1 MILLION MASKS TO THE U.S. 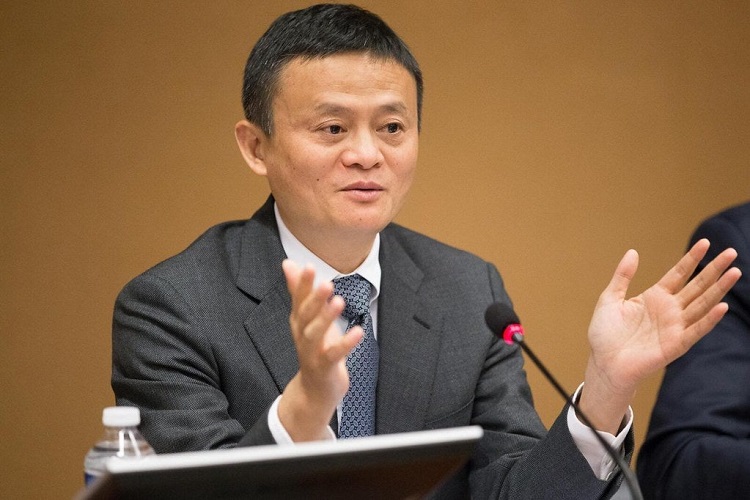 Jack Ma, the founder of Alibaba and the richest man in Asia, announced that he will be sending 500,000 testing kits and 1 million masks to the United States, as the country prepares for an exponential growth of cases in the coming weeks and months.

Ma will be donating the supplies through the Alibaba Foundation, which has also sent items to Japan, Korea, Italy, Iran, and Spain.

Through a donation of 500,000 testing kits and 1 million masks, we join hands with Americans in these difficult times. pic.twitter.com/tGviVhC6Gx

In a statement to the press, Ma said that it was important for medical professionals to have all of the necessary supplies.

“Drawing from my own country’s experience, speedy and accurate testing and adequate personal protective equipment for medical professionals are most effective in preventing the spread of the virus. We hope that our donation can help Americans fight against the pandemic!” the statement read.

Test shortages and delays in the US have prevented the possibility of containing the virus, as it has now been proven that the illness has been spreading in communities all over the country, without any clear trace to a patient zero from the original epicenter.

“The crisis presents a huge challenge to all humankind in a globalized world. The pandemic we face today can no longer be resolved by any individual country. Rather, we need to combat the virus by working hand-in-hand. At this moment, we can’t beat this virus unless we eliminate boundaries to resources and share our know-how and hard-earned lessons,” Ma said in the statement.

The donation is a massive gesture considering that Jack Ma and many of his companies have a close relationship with the Chinese government, which is currently at odds with the US government, both over trade policies and the coronavirus response. In fact, China, which is one of the major global producers of medical supplies, has threatened to stop shipments to the United States, as US officials continue to blame the Chinese government for their initial handling of the outbreak

Chinese globalist-engineered monopoly on medical supplies must end.....All manufacturing will be returned to multiple nations, in the west....

Newsom orders all churches to stop singing, but his PlumpJack winery is open and fully booked for peak summer season

?Newsom orders all churches to stop singing, but his PlumpJack winery is open and fully booked for…See More
7 minutes ago
0 Comments 0 Likes

1 darkstar replied to the discussion 'WARNING ..Important Message From Extraterrestrials...SAY NO TO TEMPERATURE MEASURING GUNS AND NO TO MASKS'
"Since when does the godverment have the right to tell you what to wear?  "
1 hour ago

sandra replied to the discussion 'The Powerful Galactic Federation Are Working On The New World Order...READ WHY'
"By the Way The Main Federation Council located in VEGA Starsystem! On so called Erth (SHAN!) exsist…"
1 hour ago

sandra replied to the discussion 'The Powerful Galactic Federation Are Working On The New World Order...READ WHY'
"The Main Concil never said anything like that! One World Order is a project Illuminati has come up…"
1 hour ago

sandra replied to the discussion 'WARNING ..Important Message From Extraterrestrials...SAY NO TO TEMPERATURE MEASURING GUNS AND NO TO MASKS'
"I don't care about the masks. Wearing masks or not is not really relevant. Measuring my…"
1 hour ago

1 darkstar replied to the discussion 'WARNING ..Important Message From Extraterrestrials...SAY NO TO TEMPERATURE MEASURING GUNS AND NO TO MASKS'
"Ugh.  I had a doctor's appointment and when I tried to go to the receptionist they said…"
1 hour ago