I hate to see brothers and sisters around me loosing faith in this beautiful endeavour we are on.  What is happening?  That is the question isn’t it?  Many are seriously reconsidering their interpretations of things concerning, amongst others, the GFL and channelling, which is understandable in the light of certain recent posts.

Personally, I have an understanding of things that puts me in a different position as an observer, and I believe that it also gives me a solid ground when it comes to make sense of this kind of odd behaviour.  I don’t mean to say that I have the ‘truth’, but I think my perception is somewhat original and could create a reasonable doubt that could bring us back on track, at least in our own mind.

I have no fear, I live in bliss and Love all day and this is highly due to my ‘theory’ about the way things are.  I say; truth or not, the effect is real.  Who’s to say what is true?  So I decided to share my perceptions with you, simply to bring about another option, and if I create a doubt that I might be right, it will change the way you perceive things, hopefully for the better.

I don’t believe that Reptilians or Greys or many others in that category exist.  I have a hard time imagining that a light being would create such creatures to experiment material existence.  I don’t believe in evil entities beyond 3rd dimension that ‘feeds’ on fear.  I don’t believe there were any wars in space.  Those are all constructs that are part of the scenario that follows humanity’s evolution.

Source is only made of benevolent beings.  At no point in time did he lost control of himself and tolerated evil beings within his consciousness.  All evil is illusion and fabrication.  Light beings need no ships, they travel by thought, and they don’t crave fear, they feed on light.  We live in a state of consciousness, and there is no space to travel thru.  There could be infinite numbers of beings living in infinite numbers of simulated universes.

The 3D human duality period is to experience the mirror image of Source.  Source is truth, hence duality is non truth.  Get over it, in duality, we ‘know’ nothing.  It is a construct that is made to reflect perfect confusion, as Source is perfect clarity.  In Oneness, we know everything, we came to experience knowing nothing.

We’re all One.  So let’s say for the sake of argument that every conscious being above 3D is called an angel, and that every divine being that comes into this duality experience as a student is called a human.  If there is no evil ‘demons’, then it is logical and understandable that angels are playing the bad guys right!

I don’t believe that history unfolds as we go along.  If we created this story, it was a long time ago, and now we are following the script.  When we come to learn in the earth school, we are accompanied by the teachers, the angels who then become avatars, as seen by Hindus.  They control the script to the letter, everything God makes is perfect.  Would our history be otherwise?

So what if there are only 2 categories of beings here; humans and avatars?  Would it be so far fetched?  It is said about the avatars that they don’t have to eat or sleep and that they can change their physical aspects.  They are telepathic and have access to universal knowledge.  They are the ultimate Borg race; resistance is futile.

It would then make sense that they would position themselves behind anything that concerns the unfolding of the divine plan; politics, economics, religion, literature, music, cinema and all the new age spirituality and conspiracy world.  It is not then unconceivable, that among the avatars we would find people like; Obama, Rockerfellers, Spielberg, Brad Pitt or Michael Jackson, playing their perfect roles.

When I look at Bashar for instance, I don’t see a human channelling an ET, I see an avatar, playing the role of a channelling human.  This cover allows him to bring about important understanding, without having to deal with tons of people that would freak out if they knew they were dealing with a genuine angel.

It is also possible that even Ben Arion and Greg Giles are among the avatars group, or if they are humans, can they vouch that their contacts are not avatars deceiving them?  I believe the avatars have a duty to maintain confusion, it is the nature of the game, and we are the ones who have to figure it out.  Personally I think they both do a wonderful job and I Love them for it, and all the other angels that confuse us so much.  Maybe the crappy channeling is intentionnaly produced to help us see thru it?

I am calling their bluff because I think it is time to rip the 8th veil.  This is a tough one to go thru, but I think it’s worth it.  Are the people ready to hear that ETs stood by and did nothing to stop the wars?  Imagine if you would try to make them understand that God, angels and avatars are behind 9/11 and every atrocity humans went thru.  That is a tough pill to swallow.

Then it would be important to make them realise that we live in a dream state and that everything is an illusion.  Nobody dies, we just get out of the game and re-inter if we like.  It’s no more difficult to simulate a few falling bodies on 9/11 that it is to kill fake Klingons on the hollow deck.  What is reality?  Do you know for sure?  For all we know, chemtrails could even be monatomic gold sprayed on us for ascension.  Is that where all the gold went?

On the matter of 2012, I believe that December 21rst will be the last day of the duality experience, and like in the movie Inception, we will slip from a dream and wake up in another one; the 5th dimension dream, the state the avatars really live in when they are not in their human suits.  We are the future avatars of the future 3D reality we will create for the next class of students.

I base this assumption on the vastness of efforts that have been put into anchoring this date in the universal human consciousness.  Something like this has never been done in the past.  Considering the law of attraction and manifestation, it is logical to assume that this focus alone among the spiritual community would have its effect, and aware or not, the sheeple is also involved in projecting the end of this reality.

If everything is calculated and under control, then what would be the point of putting that much efforts in promoting a false date?  What would be the divine learning experience behind deceiving innumerable loving beings who wishes nothing else than to establish unconditional Love among themselves?  Would that be the ‘perfect’ way to end this dualistic experience?  Will we read on December 22nd:  ‘Dear ones; we are sorry for another unfortunate delay, but soon, blah blah blah…’

I don’t think so, this is not their ‘modus operate’, but the Hollywood model is.  Right now, it looks like the villain is winning, and the cops are nowhere to be found.  I bet they have a terrific ending in mind though, like any good blockbuster movie.  How many movie endings have you seen where the bad guys win and the loving character gets tortured?  We are dealing with the same writers here, trust me.

The NWO is just a scare, it could not be implemented, it is a stupid concept.  Maybe now would be a good moment to rip open the veil and shut down the matrix.  What will it be; bring the cops to arrest the bad guys, cancel all debts, drop a shitload of money on people and tell them the truth; Smile, you are on candid camera!  Maybe I’m just full of crap, you decide.  They said we would read odd things in June and that we would be surprised of who is really behind the curtains, maybe this is one of those?

Read more…
Started by Agarther in Channeling and Channeled Messages
6 Replies · Reply by Mariza May 10
Views: 530

"I Am a Being of Silver Violet Fire, I Am the Purity God desires...Thank you beloved Lemuriansoul..." 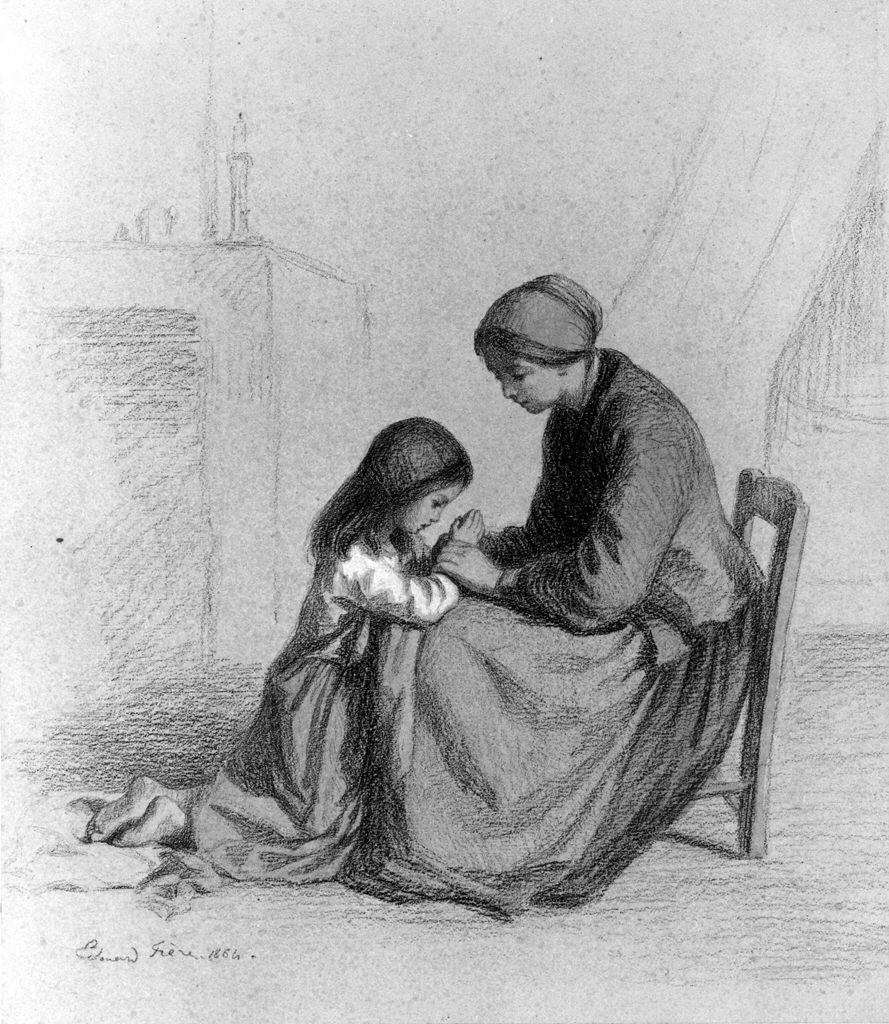 The Gift of Offering Prayers to Others     The prayers you offer for others are a ticket to Higher Consciousness, because the gifts and blessings  sent out in Light and Love have a tenfold return. We are drawing on the compassionate and timeless…
See More

The Gift of Offering Prayers to Others     The prayers you offer for others are a ticket to Higher Consciousness, because the gifts and blessings  sent out in Light and Love have a tenfold return. We are drawing on the compassionate and timeless…
See More

It is Arcturian DNA code repair"

"You can download meditations for these that you can do at your leisure. If already repaired, the stress on you during mass transmission will reduce" 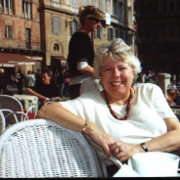 "Hellen - did you read my note about the insomnia and strange energies, how they change at about 4 pm and 4 am- thank you Market dragon for your comments - this answers lots of questions, but I do wish they choose a time during the day. I've not…"
More…
Loading ... 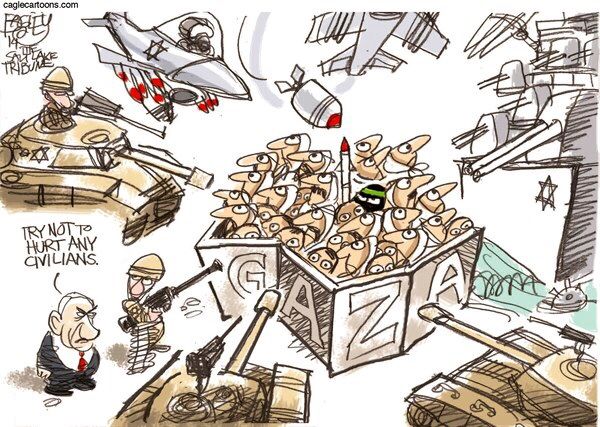 Some soldiers inaproprietly enters a Mosque in Jerusalem. Then gaza responds by firing thaosands of rockets to Israeli civilian cities. It is (correctly) condemned as a target to civilian. Then Israel retaliates by…