You Are The One (And So Is Everyone Else) 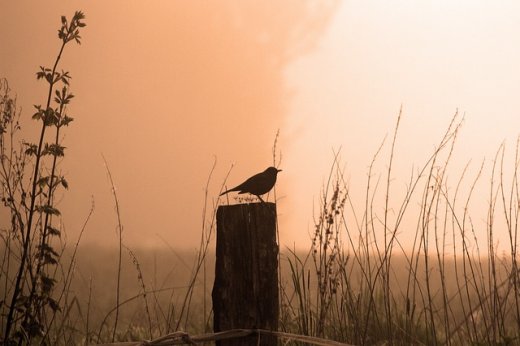 I want to be the ultimate super villain, but I don't want to fight heroes, nope that's small potatoes. I want something much bigger, I want to remove the whole hero archetype from people's minds. Now why would I want to do that, aren't heroes a good thing? Well, let's look at the big picture...

Consider this: religions and governments, two of the most oppressive societal control structures there are, promote hero worship. Same with Hollywood and the mass media, they love to promote this idea that a hero will come to fix everything for you. It's the central theme of thousands of movies, and the basic story goes all the way back to our most ancient mythology.

Remember when Obama was going to fix the U.S.? He was surely the hero we were waiting for, he was going to clean up the federal government and steer America in a new direction! When he was elected president, there were celebrations around the world, finally things were changing for the better! What a joke that turned out to be... the same decades-old policies continued anyway. In all but the most hopeful, Obama quickly went from being a hero to representing the very things he had promised to change. Obama did do Americans a few favors though, he helped unite the country in a mutual dislike of the federal government, and helped to prove the systematic corruption goes far beyond the left/right dualism.

Just to demonstrate exactly how screwed up our obsession with heroes can get, remember that Hitler was worshiped as a hero, at least up until World War 2. This obsession with Hitler as a heroic figure wasn't just limited to Germany either, and a few disturbed individuals still worship him as a hero. If the man widely regarded as one of history's most evil people was also one of the most popular "heroes" of the past century, what does it even mean to be a hero?

A hero has to be larger than life, and because of this, the image of the hero is never truly represents the actual person. The hero is our societal image of perfection, and often the individual's highest dream of what they could be themselves, but projected onto another person. People live vicariously through their heroes, the hero is the person they're afraid to be. The hero inspires the individual to go beyond their limits, which likely seems like a good thing to you, but it's actually part of the control structure.  Where we could learn to find inspiration within, we're taught to find it outside, which creates an unhealthy dependency on role-models and heroes. It's because most people come from a place of almost totally dysfunctional behavior, that something almost functional seems like a great thing.

The current power structure loves heroes, they aren't really a threat. When change depends upon a single person, it's easy to manipulate that person, to buy them off, to chase them away, to silence them, and when those options fail, to kill that person. Let the masses believe these people are going to bring change, it keeps them hopeful and focused upon outside solutions. When people began to idolize and worship Jesus, it just made things all the more easy for a very corrupt institution to take over and control his image.

No hero is coming to save you, though you could be the hero that saves yourself. This whole idea of an outside person coming to fix you is just laziness, it's an excuse to live in fear and suffering. Someone else is supposed to come along and lift you out of that. Well, where are they? See how the whole paradigm of heroes and saviors can be incredibly disempowering? I'm not saying all of this because I think people are weak and stupid, quite the opposite, I say it because I know people have a strength within them beyond their wildest dreams.

The most blasphemous thing you can do is live a dull, dispassionate life. God, Source, The All That Is, chose you to be Alive! HOLY S***! If you don't celebrate your own Life, it's like saying God made a mistake. Was God stupid for choosing you, or are you stupid if you don't choose yourself? Dumb humans create dumb gods, Brilliant Humans shine with God's own Brilliance, because there's no separation between the "two". Why continue to be the damsel in distress when you could be the hero of your own story?

An explanation of what the Galactic Free Press is about, and a requ...

I have the will and the desire to catapult my focus in Source/God, that "IS" my passion... But unfortuataly it takes money

Monika, that belief is absolutely untrue. It doesn't take money to shift ones focus onto God, in fact having plenty of money often shifts ones focus away from God. Focusing upon your worries and what you lack solves no problems whatsoever, it just drains energy that could be much better spent on other things. Focusing upon God, Being Present, can be done in any moment, regardless of how much money you have or how busy your life is. God is the only thing in life that's truly Free.

rev.joshua skirvin commented on the blog post 'EXPLOSIVE: NASA Scientists Admits Chemtrails — MUST READ AND SHARE 02/21/2020 By Stillness in the Storm'
"SO NASA finally admits they are chem-trailing us for a very long time, which means we are paying…"
4 hours ago

Krishna Kalki replied to the discussion 'Taygeta Pleiadians Team Gives Answers... Including The Real Cause Of Tsunami Fukushima'
"It wasn't natural . ..but what a disaster as it's still leaking "
9 hours ago