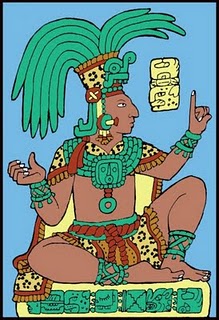 The key to our flowering at this final stage of our evolutionary cycle lies in the simplicity of being in resonance. Even more, it is through remaining in resonance that the solar-psychic frequency, mediated by the terrestrial electromagnetic battery is maintained; that the light body is nourished; and that we may discover the knowledge and energy necessary for our own individual maintenance. To say that we are knocking on the doors of magic is only to acknowledge our own lack of belief in what we are actually capable of through our own instrumentation, the sensory body. What has been demonstrated by shamans and wizards, yogis and spiritual masters, is – after all- everyone’s evolutionary birthright.

The improvement of sensual enjoyment is inseparable from the capacity to realize our own electromagnetic potency. Through the circuitry of the light body we can directly hook up to the solar power house. The electromagnetic pulsations picked up by our sensory radar-system, channeled by our neural canals, refined through our chakra system, and mediated by our higher planetary guides – the archivists of the archetypes – are one and the same with the pulsations of the solar body, the Sun, our local star.

But we are conditioned beings, trammeled by our ignorance. For this reason the new scientists, “synaesthetic engineers”, will be erecting houses of perspective and sound, perfume and taste, so that human organisms, long unaccustomed to the natural birthright of their sense-fields, may learn again to navigate the electromagnetic ocean. In the circuitry of the light body are to be found those resonant laws of levity to offset the effects of bogging down the neural ruts caused by following the material-bound laws of gravity too long.

The law of levity is as real as the law of gravity and has everything to do with release from attachment to self-importance. For in the end, the joke is on those who cannot rise above themselves to dally in the vast luminosity which the narrow chinks of selfhood withhold from entering the sense-body’s neural cavern.

In this process, control of the mind is paramount, for it is from the mind that erroneous projections concerning our actual nature continuously stream. The clue to the process of mindfulness lies in the mystic column representing the greater mind. It is empty, an open channel, completely unencumbered. As long as the individual mind, represented by the two columns on either side of the mystic central column, remains open, empty, and free, accessing the greater mind, awareness is maintained and we act with natural spontaneity, entering a field in which we are ownerless. Like children endowed with the wisdom of the universe, we channel and receive our solar-galactic inheritance.

It is from this open, empty condition of mind that the new technology has sprung. Using the body as an electrically charged battery or tuning fork, the environment appropriate to the light body may be constructed. Solar cells, amplified and focused by crystals, will be the electromagnetic field catchers. The energy caught will be channeled for heat or kinetic purposes, and will also be a source of superior sensual enrichment. Regulation of the energy will be through attunement to psychic frequencies. In this way will be achieved the dream of Nikola Testla, “free energy”.

As Testla observed, the resonance of the Earth functions like oscillations of a giant electromagnetic battery. the key features of this battery are the two shells of the ionosphere, the lower lunar and the upper solar shell, respectively 60 and 70 miles above the terrestrial bottom of the electro-magnetic ocean. It is the currents of the ionosphere in direct resonance with the solar and lunar fields which moderate the wind and atmospheric currents of the lowest layers of the electromagnetic ocean. Oscillating at approxi-mately 7.8 cycles per second, the ionosphere is in resonance with the human brain, which – when oscillating at 7.8 cycles per second – reflects a condition of Samadhi or meditational absorption. (This resonate frequency of 7.8 cycles per second has increased to 13 cycles per second as of 2009, as the Mayans predicted would happen before the shift in 2012.)

Resonating in common frequency with the ionosphere, our body, too has its “lightning in the blood”, and is defined by two polar currents and two polar generators. Regulated by the sex organs and the pineal glands, these two poles in resonance are capable of generating discharges that are the individual orgasmic equivalent of the auroras. When these discharges are consciously effected in resonance with the electromagnetic field as mediated by solar cells and crystals, the energy release may result in the “lighting up” of our environment. Directing these discharges to heat or kinetic needs, we may overcome the need for mechanistic contri-vances and at the same time charge ourselves with a pleasure generally unknown in the present culture. In this way, we may begin to construct our houses of the senses that are at the same time temples of the solar body within and without. As Sir Thomas Brown wrote long ago, “We live as if by an invisible Sun burning within”.

Views: 75
E-mail me when people leave their comments –
Follow

"So the Germans want to prevent the UK from implementing our own laws, passed in our own Parliament...?? Namely the Northern Ireland Protocol Bill, which past the Commons....My advice to the Germans is BOG OFF.....WE DON'T NEED YOU INTERVENING…"

"Drekx said: "Human DNA is being impulsed by cosmic rays"

Agarther question: but parts of the DNA can also be activated/deactivated with intent/will, we are not determined by our genes?"

"The idea of human angels, is actually a misnomer, as I stated last week.....However, as Agarther pointed out, about Islam, and archangel Gabriel meeting prophets, the idea of "angels" providing "virgin births," was actually an Essene community…"

"The third strand of DNA would be sent to Earth by the Galactic Federation in so-called Human Angels. I kind of read that somewhere. It's been a long time. Isn't that the Bringer of Dawn?"

"Not certain of their percentages, but the developing third strand, far from being "junk," or detritus, (the medical term,) is an increasingly active, communicator strand, activating transformation to eventual 12-strand DNA........The galactic human…"

"and Drekx is it correct that the Human Genome Project mapped only 5% of the genes and 95% were classified as Junk DNA because inactive? I read something like that, since you mentioned the limiter gene"

"The Anunnaki were definitely not benign in ancient times....They did create much ancient propaganda about themselves as "saviours" of humanity, and always depicted themselves with wings, on tablets....It's the Sumerian language and myth....“those…"
More…
Loading ...