''WATCH-DOG'' US MIDDLE CLASS INCOME FALLS IN GREAT DEPRESSION; US THROWS AWAY 40% OF ITS FOOD!

US middle class in 'lost decade' as income falls 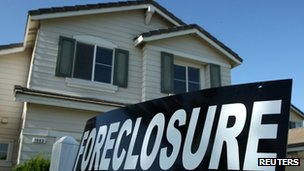 The US middle class is in a "lost decade" as its share of the country's income has been surpassed by affluent earners, a new report says.

The Pew Research Center found that 62% of middle class Americans reported they were being forced to reduce spending.

And 43% expect their children's standard of living will be better than their own, down from 51% in 2008.

Both US presidential candidates have offered competing plans for the economy to middle class voters.

Many in middle class say they are doing worse financially

The Great Recession and weak recovery have left slightly fewer Americans feeling like they are part of the middle class, and many who do still identify themselves as such say they are now worse off.

A new and comprehensive survey on how the middle class feels, released Wednesday by Pew Research Center, finds 42 percent of people who identify themselves as middle class say they are in worse shape financially than before the recession began. About 32 percent are in better shape, and the rest either don’t know or see no difference.

The recession officially ran from December of 2007 to June of 2009, although economic growth has generally been slow since and unemployment has remained high.

There is no hard and fast definition of middle class, but it’s clear from the Pew results that many people feel like the middle-class ideal is slipping through their fingers. The vast majority of the people who identified themselves as middle class also said that it’s tougher to maintain their standard of living than it was a decade ago.

It’s not surprising that many people feel like it’s harder to get ahead financially than it used to be. The nation’s median household income rose fairly steadily for five decades until hitting a peak in 1999. But since then, median household income, adjusted for inflation, has fallen by 7 percent, to $49,445 as of 2010. The Census Bureau is scheduled to release the 2011 data in September.

The weak economy and middle-class Americans’ pessimism about it will likely be a key factor in the upcoming presidential election.

Americans throw away 40 percent of their food:

study By Bill Briggs, NBC News contributor Mom was onto something.

Americans are not cleaning their plates. Instead, they are tossing away 40 percent of their meals – “essentially every other piece of food that crosses our path” – or the equivalent of $2,275 a year for a family of four, according to a new report. Food waste has swelled by 50 percent since the 1970s in this country. A total $165 billion annually in leftovers gets trashed by homeowners and in unsold or unused perishables or scraps dumped by grocers or restaurants, according to research compiled by the Natural Resources Defense Council released Tuesday. Advertise | AdChoices “Given the drought, rising food prices, and increased food demands we’re looking at as the population grows, having a more efficient food system is going to be a critical step – but also one of the lowest hanging fruit (in terms of a solution),” said Dana Gunders, the study’s author and a project scientist at NRDC, a nonprofit environmental group. “Everyone has a role to play in reducing food waste,” Gunders said.

“This is just something that’s really flown under our radar. As a country, we just haven’t been thinking about this. But it’s one of the easiest things we can do to reduce our environmental footprint.” Ironically, the food squandering findings come just as a new Gallup poll shows that nearly one in five Americans say they haven’t had enough money to buy groceries on some days during the past 12 months. At the same time, a record drought baking half the country will help drive food prices 3 to 4 percent higher next year, according to the U.S. Department of Agriculture. Much of the waste is fueled by food companies and grocery chains that oversell and overstock. Also to blame are consumers who over-purchase - packing their shopping carts and refrigerators with far more than they need after being tempted by buy-one-get-one-free deals that often include short, shelf-life items like milk and produce, the NRDC reports. “Food companies are businesses just like any other, and so they want to sell as much of their product as possible,” Gunders said. “Where it’s different is that their product is sometimes perishable.

So selling more of it in one go can lead to overbuying. But I also want to be careful about villianizing the food industry because I don’t think that’s fair.” An alliance of food industry leaders, including the Grocery Manufacturers Association, in 2011 announced a three-year initiative to cut the massive amount of food that Americans discard. The program aims to slash the quantity of food that winds up in landfills. Simultaneously, it would boost donations to groups that feed the hungry. The initiative is co-chaired by General Mills and Publix. “There is no bigger opportunity for our industry to simultaneously address hunger in America and our environmental footprint than by reducing the amount of food sent to landfills by diverting food to food banks and food waste to beneficial alternatives like compost,” said Ginny Smith, senior director of communications for the Grocery Manufacturers Association, which represents food-making companies such as Kraft, Hershey and Coca-Cola. The NRDC found that trimming waste in the U.S. food supply by only 15 percent would save enough edible goods to feed 25 million Americans annually.

The NRDC said its conclusions are based on a review of existing literature – including a 2009 report by the National Institutes of Health on U.S. caloric intake versus calories in the American food pipeline – as well as interviews with farmers and many people in the food industry. Advertise | AdChoices To begin attacking the problem, America could look to the United Kingdom which has launched several measures and campaigns to keep more of its food on the table and out of the trash, Gunders said. "We need to treat food a little bit differently when it comes non-perishables, and find other (kinds of retail) promotions," Gunders said. "In the U.K., some companies have been experimenting. Instead of using buy-one-get-one-free promotions, like for gallons of milk, you buy one and get another one free later, or they offer a buy-one-give-one, where you buy a food item and have the store donate another item of food to the needy." In investigating the scope of the food-waste problem in that country, British researchers have actually pawed through consumers' trash to gauge how much bread, bananas and butter is mashed into the discarded papers, bottles and cans. In the U.K. the government also has worked to standardize expiration dates on food and beverage products.

Many British grocers have stopped including those dates - often merely a tool to help store clerks stock their shelves with the older products out front. Instead, they use codes to help organize their goods. And if dates are included, they are truly meant to reflect when the food item is no longer healthy to eat or drink. "In the United States, we see them as safety dates but they’re actually not safety dates. And these dates are not regulated federally for the most part," Gunders said. "They are meant to indicate the manufacturers’ suggestion for peak quality rather than anything that would indicate the food is actually going bad. So a lot of people just throw it out after that date, not understanding that.  "Waste not-want not''  Rev.joshua

Hard for us to keep going when we can not even save 1 dollar because of the xtras charge by unscrupulous companies, who do not care about us. They only care about their power and money in their banks, while we try to survive this mess ""until?"" , ...and the sad thing about this is... that they have made us responsible for this mess.  If we need to progress and have new ways in life ... it should be done without harming our souls and killing innocent people of hunger ...

its not something new... we can feed 3 planets now, with the food we throw away... and yet thousands of people die of hunger.... thats the kind of system we live in...

I never throw food away.

Kicking and screaming, the world is experiencing a transition as it discovers one man can make a…See More
4 hours ago
0 Comments 0 Likes

Steve Hutchinson commented on the group 'Divine Upliftment For Spiritual Growth & Ascension'
"Melanie Beckler ..... There’s an opportunity now for healing and awakening your heart…"
6 hours ago

Richard Levison liked Krishna Kalki's discussion This Unique Tree Has Fruit Growing On Its Trunk...Lovely Jubley...WOULD YOU HUG THE FRUIT TREE
7 hours ago