Mars colony eyewitness Michael Relfe is a whistleblower and a former member of the U.S. armed forces who, in 1976, was recruited as a permanent member of the secret Mars colony. In 1976 (Earth time), he teleported to the Mars colony and spent 20 years as a permanent member of its staff. In 1996 (Mars time), Mr Relfe was time-travelled via teleportation and age-regressed 20 years, landing back at a U.S. military base in 1976 (Earth time). He then served six years in the U.S. military on Earth before being honourably discharged in 1982.
In a two-volume book, The Mars Records, authored by his wife, Stephanie Relfe, B.Sc., Mr Relfe describes the two types of individuals at the secret Mars colony:
“To clarify: Remember there are two kinds of people that I remember.

“1. People visiting Mars temporarily (politicians, etc.) – They travel to and from Mars by jump gate. They visit for a few weeks and return. They are not time travelled back. They are VIP’s. They are OFF LIMITS!!
“2. Permanent staff – They spend 20 years’ duty cycle. At the end of their duty cycle, they are age reversed and time shot back to their space-time origin point. They are sent back with memories blocked. They are sent back to complete their destiny on Earth.”
Four independent whistleblower witnesses, including Michael Relfe, have confirmed the existence of one or more U.S. secret bases on Mars, as forward strategic military bases for occupation or defence of the solar system. These whistleblower witnesses include, besides Michael Relfe, former U.S. Army Command Sgt. Major Robert Dean, former participant in DARPA’s Project Pegasus Andrew D. Basiago and former U.S. Department of Defense scientist Arthur Neumann. 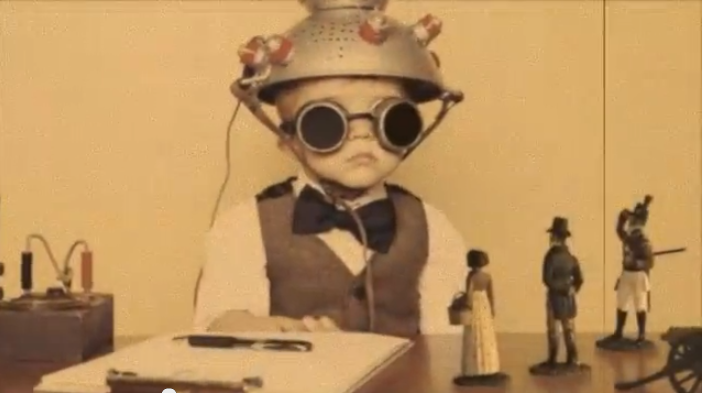 Andrew D. Basiago is a former participant in DARPA Project Pegasus (1968-72) that developed Tesla-based quantum teleportation and time travel in the time space hologram, initiating the U.S. program of time-space Chrononauts.
According to Mr Basiago, the U.S. government already had a fully operational teleportation capability in 1967-68, and by 1969-70, was actively training a cadre of gifted and talented American schoolchildren, including himself, to become America’s first generation of “chrononauts” or time-space explorers.
This training, he said, culminated in 1981, when, as a 19-year-old, he teleported to Mars, first by himself after being prepared for the trip by CIA officer Courtney M. Hunt, and then a second time in the company of Hunt. Both trips, Mr Basiago said, were made via a “jump room” located at a CIA facility in El Segundo, CA. The apparent purpose of the trips to Mars was to familiarise him with Mars because the CIA knew of his destiny pertaining to publicly establishing the fact that Mars is an inhabited planet and deemed it important that he visit Mars and experience its conditions first-hand.
Mr Basiago’s involvement in advanced U.S. time-space research as a child, as well as Courtney M. Hunt’s identity as a career CIA officer, have been confirmed by Dr. Jean Maria Arrigo, an ethicist who works closely with U.S. military and intelligence agencies, and by U.S. Army Captain Ernest Garcia, whose storied career in U.S. intelligence included both serving as a guard on the Dead Sea Scroll expeditions of Israeli archaeologist Yigal Yadin and as the Army security attaché to Project Pegasus.

Remote sensing in the time-space continuum
Mr Basiago has revealed that between 1969 and 1972, as a child participant in Project Pegasus, he both viewed past and future events through a device known as a “chronovisor” and teleported back and forth across the country in vortal tunnels opened in time-space via Tesla-based teleporters located at the Curtiss-Wright Aeronautical Company facility in Wood Ridge, NJ and the Sandia National Laboratory in Sandia, NM.
A chronovisor is a device that uses a screen or holographic template to locate and display scenes from the past or future in the time-space hologram. The chronovisor was originally developed by two Vatican scientists in conjunction with Enrico Fermi and later refined by DARPA scientists.
DARPA had, he explains, five reasons for involving American schoolchildren in such new, dangerous, and experimental activities:
1. First, the Department of Defense wanted to test the mental and ffects of teleportation on children.
2. Second, Project Pegasus needed to use children because the holograms created by the chronovisors would collapse when adults stood within them.
3. Third, the children were tabula rasa (of the mind that has not yet gained impressions of experience) and would tend to see things during the time probes that adults would tend to miss.
4. Fourth, the children were trainees who upon growing up would serve in a covert time-space program under DARPA that would operate in tandem with the overt space program under NASA.
5. Lastly, the program sponsors found that after moving between time lines, adult time travellers were often becoming insane, and it was hoped that by working with gifted and talented children from childhood, the U.S. government might create an adult cadre of “chrononauts” capable of dealing with the psychological effects of time travel.
In contrast to the chronovisor probes, in which a form of virtual time travel was achieved, the teleporters developed by Project Pegasus allowed for physical teleportation to distant locations, sometimes with an adjustment forward or backward in time of days, weeks, months, or years. According to Mr Basiago, by 1972, the U.S. government was using “quantum displacement” of this kind to both send people forward several years in time to store sensitive military secrets in the future and backward several years in time to provide the government with intelligence about future events. 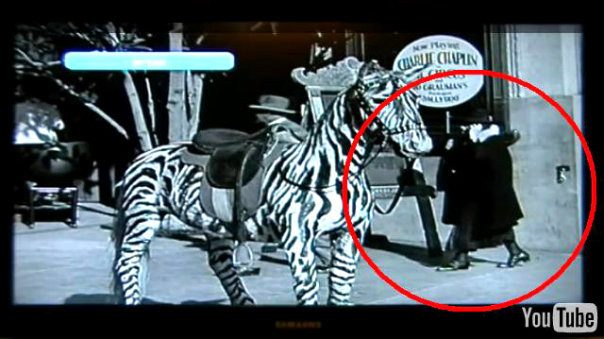 II The weaponisation of time travel
DARPA’s Project Pegasus (1968-73) under which the U.S. government program of quantum access Tesla-based teleportation and time travel was developed was historically under the control of then-U.S. President Richard M. Nixon’s cabinet member Donald H. Rumsfeld. According to Mr Basiago’s whistleblower testimony, Donald H. Rumsfeld, the sitting U.S. Secretary of Defence on September 11, 2001, was the defence attaché to Project Pegasus during the early 1970’s, when Mr Rumsfeld was officially serving as a counsellor to President Nixon and member of his Board of Wage and Price Stabilisation.
Mr Rumsfeld approached his Project Pegasus responsibilities with the intent to weaponise teleportation and time travel to the U.S. government’s advantage. He has been quoted as stating in Project Pegasus meetings at the time that the chief mission of teleportation was to deliver troops to the appropriate place in the battlefield.
Sequestration of secret U.S. military bases
It is clear from Michael Relfe’s two books on his 20 years at the secret U.S. base on Mars that U.S. time travel was principally used to the hide the presence of U.S. secret military installations on Mars from the public so that the installations remained accessible only to time scientists of the U.S. DoD.
Mr Relfe was recruited into the U.S. armed forces and time travel/teleported to Mars in 1976. Only individuals with access to secret time science records or technology of the U.S. Department of Defense could prove the existence of the U.S. secret Mars base from Michael Relfe’s conventional U.S. service records.
Time travel and political control of the human population
Time travel pre-identification and secret training of U.S. Presidents
On a November 11, 2009 Coast to Coast AM radio program, Mr Basiago publicly stated that DARPA’S Project Pegasus program involving time travel was identifying future persons of interest, including those who would serve as U.S. president, and then informing such persons of their destinies. Mr Basiago stated that in the early 1970s, in the company of his late father, Raymond F. Basiago, an engineer for The Ralph M. Parsons Company who worked on classified aerospace projects was present at a lunch in Albuquerque, New Mexico at which (then) future U.S. Presidents George H.W. Bush and George W. Bush were guests shortly after they were informed that both would one day serve as President. 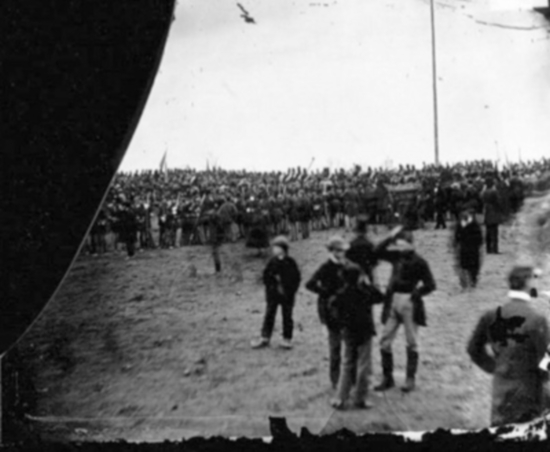 He also stated that in the early 1970s, the DARPA program, Project Pegasus, had identified future Presidents Jimmy Carter and Bill Clinton utilising time travel technology. Mr Basiago met (then) future President Barack Obama in Los Angeles, CA in 1982 Mr while attending UCLA. Mr Obama, then a student at Columbia University, was visiting former classmates at Occidental College in Los Angeles. A statement was made by the ally of Mr Obama in the anti-apartheid movement which revealed that Mr Obama, then age 20, already knew that he would one day be the President.
Project Pegasus time travel was also used for political surveillance of future societal change agents.
Mr Basiago revealed that the reason Project Pegasus was able to identify Mr Carter, who was the then Governor of George, in 1971, as a future U.S. President, is that the program was in possession of a copy of Exopolitics: Politics, Government and Law in the Universe by Alfred Lambremont Webre—a book that this reporter would not write until 1999 and would not be published as a library book until 2005, but which bears a quote on its front pages of a statement made by President Jimmy Carter.
According to him, Mr Webre’s book Exopolitics was, among other written works, physically retrieved from the future by Project Pegasus and brought back in time to 1971 or a prior time. At that time, 1971, Mr Webre was General Counsel of the New York City Environmental Protection Administration and had been placed under time travel surveillance by the U.S. government. 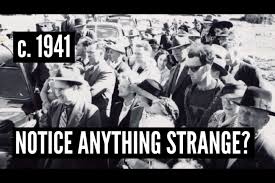 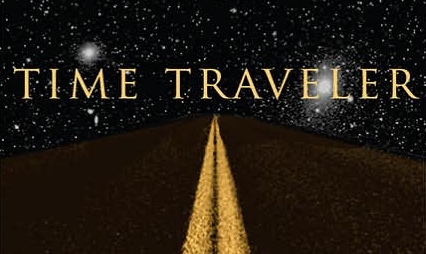