The dark and evil veil that has been in control of our planet and humanity for billions of years now, since the fall from grace from Lemuria to Atlantis and to present times is in the process of being lifted... as all the man-made and manipulation-driven old systems of religion, politics, financial, education, health and resources are collapsing and falling apart as the common public begin to awaken and seek the truth around the systems that have kept them asleep and under control for many years.

The dark and evil veil (veil anagram is evil) that has been in control of our planet and humanity for billions of years now, since the fall from grace from Lemuria to Atlantis and to present times is in the process of being lifted.  This hidden veil, this unknown truth, collective amnesia and “control” of silence (silence anagram is listen) is beginning to melt away in 2012 as our consciousness begins to raise, as all the man-made and manipulation-driven old systems of religion, politics, financial, education, health and resources are collapsing and falling apart as the common public begin to awaken and seek the truth around the systems that have kept them asleep and under control for many years.

The darkness has kept us in a deep slumber, of spiritual amnesia and under the control of many of the evil Illuminati, Cabal or New World Order (the 13 families that rule the world), however, this darkness is being overcome by the divine light that has been becoming more pervasive in peoples’ consciousness as they seek to make the world a better place, more liveable, with equality and unity being two underlying themes that make the world go around and thrive.

The plan of the Cabal has been to eliminate 4/5 of the world’s population through mass genocide, tainting the food supply, poisoning us with pharmaceutical drugs, chemtrails, man-made diseases, mind controlling us and by putting fluoride in our water supply.  They have attempted to start nuclear world war many of times, but thanks to the divine intervention, this has been prevented and their underground bunkers have been destroyed.  Due to the divine intervention, Dec 21, 2012 will not be the end of the world, or play out as the rapture scenario.  Another Atlantis will not be allowed to occur at the hands of the malevolent ETs (Annunaki, Reptilians), the Light has been anchored onto the planet so that Mother Earth can evolve into the Fifth Dimension.  After all she is returning back to her original dimension before she and humanity fell from grace at the times of Lemuria and Atlantis.

There have been countless of cosmic events and solar flare activity over this past year that have been increasing the rate of incoming energies, and raising the vibration (frequency) of the planet and allowing the divine light to continue beaming down on Mother Earth.  This light energy is allowing the planet and all of its inhabitants to evolve its DNA and cell make up into a light being, as we as humans are all spiritual entities having an Earthly experience in these physical human bodies.  Our cells are transforming from a carbon-based molecule (blood-based) into a crystalline structure (liquid light) by activating our chakras, activating each of the endocrine energy centres as part of anchoring the light energy into the Earth’s planetary body and into each and everybody’s light body (the merkaba grid).  Some people are absorbing the light, transmuting their bodies and raising their vibration and consciousness into the law of ONE.

These incoming light energies can restore the hope that has been taken from us by the dark ones.  With this light, which is LOVE, any fear that has been instilled by these negative and dark forces can be overcome and eliminated.  Without HOPE, eternal happiness cannot be attained as it is what fuels us to live a dynamic life that continuously evolves for the better and progresses into something much more meaningful as we find out paths back to eternal bliss.  Without HOPE, we end up with HOPELESSNESS, which is right next to fear, darkness, overwhelm, anger, worry and despair.  Restore the HOPE of LIGHT and LOVE back in to your life by implementing the change that you would like to see, manifest the world that you want to live in…DREAM BIG because whatever you desire can literally come true – get busy manifesting positive thoughts and using your imagination to its full potential – raise your consciousness.

Escape from the madness and turmoil of the systems that have failed us – the rising gas prices, unsustainable economy crisis, expensive cost of living, the laws that cause us to fight for survival rather than protect us. BE THE CHANGE you want to see. Start by boycotting or refusing to comply to a system that is based on corruption, manipulation, control, greed and power and shifting the paradigm of the common public, the 6.5 billion people on the planet that are not part of the selected Elite, Cabal or Dark forces from one of enslavement, entrapment and drudgery to one of FREEDOM of SPEECH, ACTION and to embrace your infinite possibilities of eternal happiness, peace, love, compassion and abundance. Reclaim your right to be free, to live a life full of happiness, joy, laughter, fun, compassion and many positive adventures. Shift this paradigm of one that is of service to self to one of service to others. What does this mean? Well to begin treating others with love, respect and compassion, and to recognize that we are all of the same Source, the same One Spirit. When you hurt somebody else, you are in fact hurting yourself! 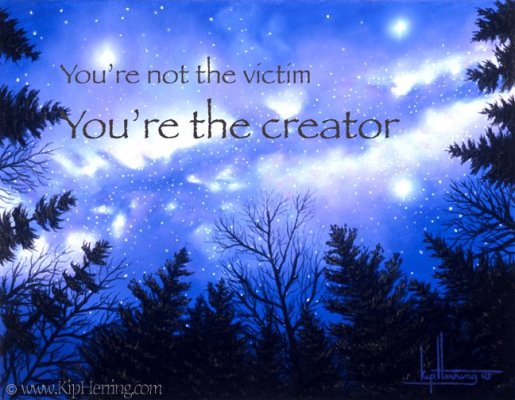 Implement the Change by…standing up for your rights as a free spirit in a human body, that you will no longer be under the control of any wrongful sovereignty, laws that do not apply to the elite, or policies that only benefit the rich few or systems that strip you of your dignity and integrity, that leave you entrapped in a world that is full of tyranny, and enslaved to the big corporations and Elite that dictate every aspect of humanity – survival, basic necessities, food supply, freshwater system, health, education and the availability of natural resources..

See the 5-Point Plan for Manifesting your Freedom starting now!

"Wow, thanks Drekx. I will have to further absorb and meditate to assimilate this data. Much appreciation! Some of these questions I pose to you and your contacts, are questions I have pondered for years, using intuition to try to ascertain the…" 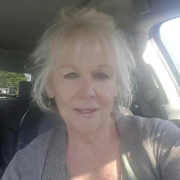