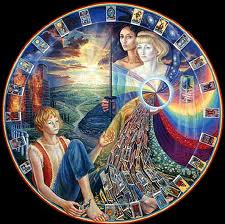 We are living and evolving on a relatively unimportant man bearing planet that is not even considered a sacred world at its present state of evolution. With the way humans treat each other this is not hard to understand and realize.Each and every day I awaken to same shit all the time and I find that the greater majority of humanity are polarized in their lower passions on the animal -astral level.

When people claim to have a religious experience ,they ,or it, rises no higher than the emotional planes and think that it was a spiritual experience.The average generic ego has a very long evolutionary journey to tread before a true spiritual experience can be known and possible. Mankind as they are today know nothing about true spirituality ,and that is why this planet is not considered as a sacred planet.Only about 5% of the human race are ready to live a true spiritual life ,and they stand out today as the beacons of light guiding humanity through long ages of evolution until we can wrestle our way out into the clear light of the illumined mind on the higher mental planes.

Humanity today are only just beginning to understand and develop the nucleus that could one day develop into a mental body,but this mental evolution will take millions of years to flower forth in all of its reeling beauty which will be sometime during the fifth round,a very long way as yet to tread before we can merit being known as the ``Sons of Mind``. The greater bulk of humanity yet still retain

the Atlantean when speaking of their level of development,; that is -still polarized upon the astral-emotional planes ,and will be for many ages to come.

As for myself I am a spiritual teacher and an old soul who has come into incarnation as a miner avatar^[human avatar],and have come into incarnation to serve my fellow man and to prepare humanity for the coming of the World Teacher who was the first flower of the human evolution,the first to become a Master.At this period and in this age he holds the office of World Teacher,-or as the Christ-

There are many thousands like myself who are preparing the way for the establishing of a whole new civilization in which all humanity will live as brothers and sisters of one soul,; -or Christ principal.When ,through many countless incarnations have come to the point where will come to the realization that there are more avenues of spiritual growth and evolution that before we thought did not exist. Like an ever opening flower we bring about spiritual beauty with each and every incarnation.There are many initiates such as myself who`s job it is to bring humanity through the wilderness experience and to bring a measure of sanity into our world.There are as yet masses of what we call the generic groups of humanity who are of low development ,and who therefore need stern guidance as to who they are as individuals.There is now a good sign for humanity at this time who are being galvanized by the energy of their own inner divine selves and from the Lord Maitreya ,who daily pours out his blessings out into the world to all those who are receptive to this high vibration.

There are many highly spiritual beings who look at us as ignorance and as infants when it come to spiritual matters.Humanity must come to an understanding of its true divine nature as souls and to put away our small childness such as hurting each other ,and to share the resources of the world so that all can have a chance to really be someone ,and to let their light shine and to thus live a creative human being ,and to thus give all a chance to make an impact in the world along the lines of our spiritual foundation and at our level of spiritual evolution.

Maitreya has a unbelievably advanced consciousness ,and has evolved to levels of achievement that is so very incomprehensible to us at our present level of development.

There is coming a science of what we know of initiation which means ``to enter``,and with us spiritual teachers it is the slow evolutionary entrance into the higher states of awareness. One of the most powerful things that are bringing humanity together like no other time in world history is the rapid development of media and technology,it is bringing the human race face to face as to the true human condition ,which not long from now is going to ignite a revolution of people power and to an awareness that the world is not such a nice place after all.The coming revolution will be of the common man baned together in goodwill and sharing. It is people power that will bring about more saner ways of living through out the world .I am happy to see that millions are now waking up and are seeing ,and are understanding the human condition and the horror of corrupt governments,along with sex,ego and money,; and the fact is that if one lives for the sole reason to make money ,have sex, and exploit the ego to UN- natural and very morbid degrees that is retarding our spiritual development then that will cause us to lose millions of years of evolution..

Maitreya and the Masters of Wisdom are now coming forward to once again guide infant humanity to the point where we can learn to look after ourselves once we have embraced Maitreya`s guidance and to let him help us and inspire all humanity to construct a civilization that will be based on brotherhood ,love ,and sharing of the worlds resources so that all may have a chance to grow up and really be someone.Nobody comes into incarnation with the goal of starving to death for want of resources such as food that is now rotting within the giant warehouses of the developed world..Soon my friends we are going to see a global revolution that will galvanized millions all over the world ,and it is high time that we begin to gather all men and woman of goodwill together and to demand great changes that will end the agony of starvation,alienation,,living miserable stunted lives .We can no longer wait for the governments of the world to make this dream of goodwill happen.My dear friends ,it is us ,The common People who must put the pressure on and to bring in the energy of right human relationships.

With the media technology we have ,and it social networking sites we should be making the voice of the people of goodwill to be galvanized into spiritual activity ,because the incompetent government are to busy making money ,and are acting like the small selfish creatures they really are. If this message has for you the ring of truth then Please make this message known to as many people as you can ,translate it into many languages as you can .If the common people in every lands all over the world put enough pressure on their ``Leaders``then we can make a powerful impact and bring a measure of sanity and sharing into our sad and sick world.Many will be able to have the right to 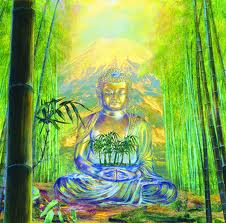 medicle care,shelter,food ,education and so on.

GODSPEED go with you all my friends,and please remember to;-- ``Take your brothers need as the measure of your action and solve the problems of the world``..MAITREYA