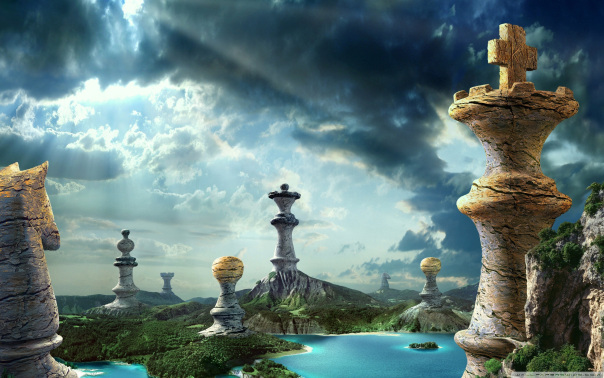 Is there enough time to do the things your soul set out for you when you first decided to enter into the game of life on Earth? Or will the system implode and take with it the semblance of reality you have come to know and, to varying extents, love?

Only if you decide to let go of some of the ideas you have accumulated about who you are and what you’re about. You see, every one of you has a role to fulfill and to tell you the truth, many of you have forgotten the main point of your journey here.

Despite your high attainments in consciousness, awareness, interdimensional telekinesis of thoughtforms, and what have you, you have perhaps lost the thread on the sole purpose of your soul plan: Find love everywhere and beam it back to source. If you can still find time to do that, you’ve got it made. No other deadlines need apply.

When we have the time to give you the rundown of everything you’ve brought into being by the power of your abilities to create something from nothing, we will definitely sit down with you and fulfill your curiosity’s thirst. For now, know that you have given yourself the greatest opportunity to be self-effective beings by choosing to move your soul-form into the matrix of Earth’s planetary environment.

Spiritually, physically, emotionally, and mentally, you have put your mark on everything around you, indelibly, unremittingly, without loss of integrity save for the forgetfulness that accompanies becoming absorbed into one’s activity, be it work or pleasure.

Over the eons of time that you have given yourself over to the greater intelligence of “Game” Earth”, you have honed your abilities to a fine point, and now, as you stand poised at the threshold of a new level of awareness, a new level of the game, you have a moment to consider the ramifications of such a great achievement as having brought yourself to this point in the evolutionary history of humankind.

Here you are, ready to move forward into something altogether new, not knowing quite what that is but ready nonetheless to let go of what has been and enter into a new reality. What will you find, as you join in the collective push into birthing a new awareness for humanity?

That shall reveal itself in good time, but that is the thing that you have already created, which we have been hinting at thus far. Let us dive deeper into explanation to allay your doubts and misgivings, as there may be some to give the collective attention to, just to make sure all of the players are in accord.

As the people you have been dealing with from one point of time to another have been key participants in your own time-in, the you that you have seen reflected in them has given you a strategy worth streamlining as you enter into the next relay.

You have been sometimes receptive, sometimes downright resentful and disengaged from the reflection of selfhood that another shows to you, but always you have been in possession of the ball, to carry the metaphor along a bit further.

It’s always been up to you how you relinquish the tension of recognition, even if that means to hold on to it until you’re good and ready to let it go, even if that means agreeing to having it forcibly removed from your grip through unforeseen difficulties.

No matter who or what comes along to help you deal with what you are shown, it’s always your choice in the end.

Now, as things are, you are seeing a lot of groups of people who have stolen the thunder from the human race come to answer for their greed and ill will toward the truth of what has been hidden.

They have hidden love well, these scoundrels and politicians, dark diplomats for the shadowy underbelly of life’s dramatic logarithm. Have you managed to see it for what it is even when it has been disguised as disgust, even when it has been given the voice of screaming innocents yearning for freedom from the captivity of the soul’s lost, incipient detour from glory?

Sometimes it seems that the soul will never break free from the transitive chains of a matrix-system of reality designed to hold them down and juice them for all they’re worth, regarding the life-stuff of the individual being.

Sometimes, it seems that all the dastardly deeds of the persecutors, or persequiturs, of reality and all the creatures in it will melt into one another in an endless stream of injustice and incoherence.

Just as often as “sometimes” happens to be, it is not always, and the impersistence of one reality hints at the existence of another reality underlying it, juxtaposed with hope, simultaneous with the generatively creative ability of humanity as a functional holistic organism to bring it to the forefront and obliterate the details of the illusion that has been fed to you as reality for eons uncountable.

The time for accountability is here and at the blink of an eye or snap of a finger, it can shove “sometimes” aside and establish some yearned-for truths in the public eye. Which will go a long way toward healing the collective heart and mind of a people of a planet, namely, you.

It is not for us to say how, when, or why such a shift in perspective might bring such a thing into focus. It is merely for us to inherently hint at the supposed-ness of such a thing to be, and to encourage you to look inside your heart for the mettle with which to bring your fearlessness to the fore and lead yourselves out of the mire of mud that the game of hide-and-seek has become.

Love is there. Love is waiting for you to discover it. It has been there all along, overlaid with costuming and hexagons and dot-to-dot puzzles and stripes of all sorts.

It has, like your inner divinity, become unrecognizable in such disarray of its core code, yet a small shift in the distance of your eyes to the thing of interest at any given moment will make a world of difference in spying it and calling it out from where it hides, ready to meet your shout of discovery.

So look in the shadows, dear friends, because you’re getting ever warmer, ever nearer to the prize of having found that last vestiges of love’s errant pieces. In recognizing them for what they are, you can see a clearer picture of the whole of reality, the truth of your own reality, and begin to make sense of a loveless illusion that has infiltrated the matrix to a devastating degree.

You have that much power. We suggest using it to the greatest good, and to remember that everything in the world is your help.

Views: 186
E-mail me when people leave their comments –
Follow