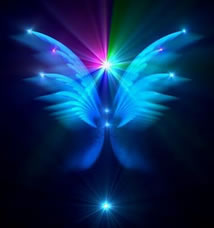 We have examined in energetic detail the components of the human configuration as viewed through The Corridor. As we draw closer to 2012, the Avatars wanted to give us a point of observation in our day-to-day experience that would allow us the possibility of becoming the witness rather than the victim of our ego, personality, mind, shadow and addictions. If you have embraced this work as many of our practitioners have, you have made great strides in being able to live in the present with less suffering.

You would not be asked to let go of your humanity without being offered an alternative, a divine one at that. The Avatars have now defined the components of the new 5D body. In addition to the upgraded chakra system, featured as the 5D Skeleton, they offer us the Eight Configurations.

The Eight Configurations exist to hold the 5D Frequencies as we ground them into Gaia. In doing so, they become the skeleton of our Light Body, assisting us in being able to ground, hold and manifest both 5th and 7th Dimensional frequencies. While we strive to shift our reality to 5D, we want to be able to hold 7D energies. For every one being who can ground and anchor the 7D frequencies, ten thousand other beings are affected.

In reality, the Eight Configurations are generated from a variety of sources. We always begin our work with the Divine Configurations by repeating the mantra of protection several times, which provides protection from the Angelic Realms.

CAD MA, SORE CHI DREY, COLE YA NAY, SVAH! Begin in your heart with a crystal sphere of protection and then grow that sphere around you with each SVAH! Extend it well above your crown and well below the feet.

The ADZA exists in the 7th Dimensional plane and generates the four Streams of AKNAR, JEZ~AHN, DREJ~DA, AH~ZHA. It is a repository of light that emits the streams downwards in a spiral so that they cross over each other at the point of penetrating the membrane that separates the 3D world from the higher dimensions. This membrane has been called the Dweller of the Threshold. This will be discussed at a later moment.

The CAD~RA exists as a connector or pathway to the Repository of the Kundalini or CAL~DRA. This is our Divine right, to flow with this creative force. The CAD~RA unfurls through the basement of the Corridor through our shadow, plugs into the CAL~DRA (Cauldron) and ushers the KENJA, (absolute presence) SAR~NANJ~AH’,(calm detachment) AHW-CHI, (magic)SEN~SHE (prescience) up and into consciousness.

The TI~KAH is offered to us as a regulatory configuration that tunes the Rings of Dreaming to operate in premium function mode. It emanates from deep within the Power Center and once activated, emits the CRI~YA ( Right Alignment) and the TEY~NANJ~AH (total awareness) within the Rings of Dreaming through uttering their power words. Turn and gaze into your Power Center as you say TI~KAH repeatedly. Then activate the flow of the two spheres, by repeating CRI~YA and then TEY~NANJ~AH. 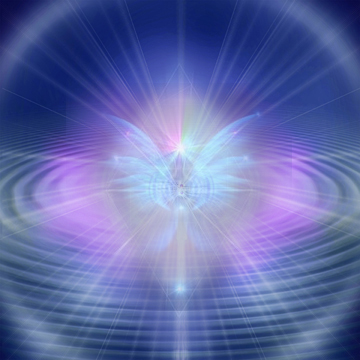 The CRI~SHRI exists as a special feature that forms when the frequencies of the AD~ZA and the CAL~DRA merge together. This merging creates an energetic crystalline matrix with triangular facets interwoven throughout the emergent field. This matrix has a deep capacity to hold the interplay between the streams and the plumes, forming deep consciousness. This configuration holds the thirteenth 5D overtone, the AH~ZHA~NAY. This consciousness will be used to merge with the eighth configuration, the DREN~JAH~SZA’ or the Matrix.

We also have access to Divine Intent or AH~KAI through the RAD~HA, the fourth configuration. When invoked, the RAD~HA opens as a slit at the level of the pubic bone to allow a flow of Divinity or Pure Innocence, the AH~KAI to flow upwards into consciousness. Repeat the mantra RAD~HA several times until you experience the slit opening. Then call forth the AH~KAI with its mantra, tracking the flow of Innocence as it moves up the front of the body and into consciousness.

As a group we have also worked with the SHA~LA.  We must journey deep into our center, located between the Heart and the Power Center to access this portal that sources our original light or the TEN~DA~SAH. As this pinpoint of light opens, we experience ourselves as Source. It is a mystery that must be experienced rather than understood. Activate the SHA~LA to open by repeating its mantra repeatedly then call forth the TEN~DA~SAH. 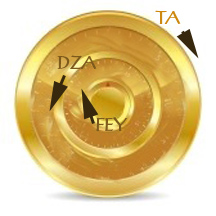 Perhaps then, you will experience the opening of the Master Key, the TA~DZA~FEY in the Third Eye. This appears as a Golden three tiered lock that must be turned CW, CCW then CW as the mantra is invoked to open its powers. This configuration aligns you with the Masters and affords you an experience of the Golden Elixir.

When we have formulated our 5D vehicle, capable of holding incoming Divine frequencies, we will be able to link to the DREN~JAH~SZA, or the Matrix. Stay tuned and attuned for these future developments….

For more information, go to www.panharmonic.ning.com and share your comments.