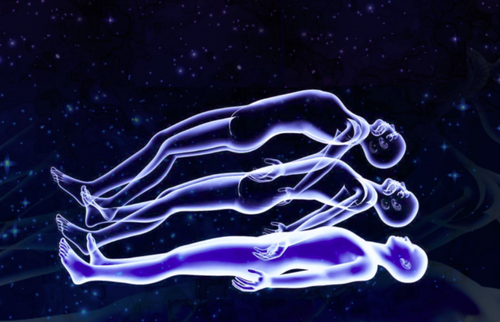 Soul: The unseen entity that carry on ones consciousness even after the death of the seen body.

There are other ill-defined, subjectively experienced notions of 'soul' such as 'self' etc that can be divorced from the issue of life after death. But such is not what I am referring to here.

The common reasoning that insist that if our consciousness is caused by the seen body, then we die with the body is actually a non-sequitur logical fallacy. It is like saying that if the fire was caused by petrol then without petrol, then fire is impossible. Yet this fallacy has become the bread and the butter of the argument about afterlife. It seems that all it takes to show there is no afterlife is to show that consciousness is caused by the brain. The score seems very easy! But here, I am going to kick the ball off the penalty area all the way to the midfield, frustrating those who thought they were just about to score!

It seems absurd to say that in astral projection, it is the body itself that moves to the astral world! After all the body don't disappear during the projection. However, when you close exermine the picturesque of astral projection, you find two bodies. One of them is the visible body and the other one foating is the unseen body. Upon the re entry of the unseen body, it effectively disappears into the seen body. The same thing can be achieved if the body litteraly splits into two and then one of them immediately turns into the unseen. The splitting is closely similar to cell division.

But why shouldn't the body simply dusappear? Why should it split first. First of all, it is realy not 'splitting'. It is more like cell division. In cell division, stuffs that are not cell becomes cell. So 'division' is a bit of misnomer. 'Creation' is more acurate. In this model of astar projection, a seen body is getting created out from the seen body. Then the seen body turns into the unseen! This happes in split seconds. So you can now understand that the lone disappearance of body will violate a conservative law of physics. Naively we say 'matter cannot be created or destroyed'. However, we should rather state that the seen matter cannot become unseen without an equal amount of unseen matter becoming seen on the spot! So rapid swapping is perfectly allowed. It is much like when you see a movie, of a static object, you think that you are seeing a single image when in reality you are seeing thaosands of similar images that are swaping very fast.

Pauli Exclusion Principle shows that indead there is such a conservative law. The principle states that no two fermions can occupy the same quantum state. It is a multidimensional generalization of the usual law that 'no two objects can ocvupy the same place'. The concept 'state' generalizes 'location'. A quantum wave of a certain frequency can be seen as a certain quatum state. So this frequency seems 'occupied' in that at a certain location at a certain time, only one fermion can vibrate at that frequency. Should another fermion at tgat place,  try to vibrate at this frequency, it forces the fermion that was already vibrating at the frequency into vibrating at another frequency. So should an unseen matter try to become visible, this forces a visible matter to turn invisible on the spot!

Views: 46
E-mail me when people leave their comments –
Follow