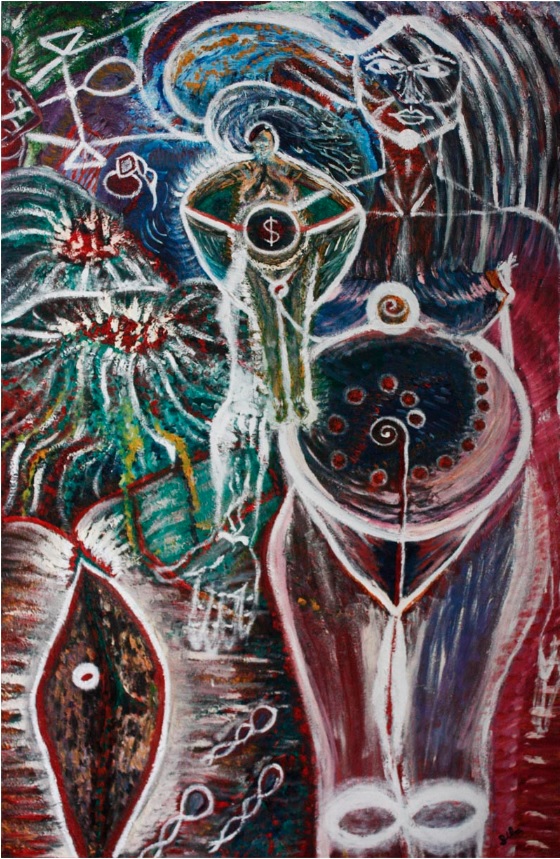 Intent: My higher self is typing all. Source.

As my eyes closed I began to deeply relax. While my body was listening to the gentle voice of Dr. May, a spiral stair appeared in my eye. Each octave that I was going down was being represented by one year of my life. Family, friends, enemies and pets began to show up to then vanish away. When reached number 1, a big bright light became all that was there.

While doing so, flowers in my body started to appear. A male figure I was, but something different was there… Fur I had, a bear I was.

Then the wind lifted me in the air…

-Did the birds just I become?

The sound of the wings whispered a yes. Then a fierce cat appeared in front of my bird eyes; he wanted to eat me and swallow my meat, but that cannot longer be, not in the fifth reality at least.

-Did the clouds just I become, or am I the lightings that pierce all my land?

The shape of the lightings drew a big yes. Felling all that power within my flesh made my body shake from toe to head.
-Why if you are light are destroying my land? Isn’t suppose to be the light the reason why am I alive?

Fire of the forest caused by the lightning my being began to felt. What a relief I just felt! The fire that destroys is light as well. The lightning god and the fire goddess are making love once again. Destruction is also Heaven as well.
-Nature I am. Nature is God.

The forest alive was showing herself. I felt being the tress, the water and the animals too, but no difference was among them. They all being unique but connected by my conscious awareness they were… Artemisa, the Olympus goddess of Nature, I became.

-Zeus! Why are you harming my land? So many lightings are burning me alive!

His power was so strong than my muscles couldn’t handle the current inside; shaking I was.

With no words but only feeling we were exchanging the message we all had to share.

-The wonder of life is that we all have the same power express in a different shape. You now have your land, I now have my light; and also, you are the light, I am the land. He said.

An understanding came to me: the light that the land holds inside is the man that gave me the codes to develop my land, sweet and sourly sperm. The space that holds the lighting in the move is the woman that carries the light in her womb. We are the same, and at the same time, we are not the same. Isn’t that what is supposed to be fun? The answer, for me, was no… and yes; roles shall now we exchange, or better… a merge?

-I love my snake! I said. Are all my animals ready for the show? I know that some haven’t done what was supposed to be done.

-Here was a sweet voice expressing itself: Yes! Her movements and her curvy shape are welcome as well.

-Oh my divine snake, you have made your way out of the illusion of hell. The Land of the Stars shall now begin to rise.

-There is no limit but you put your own limit, you opened yourself to much to receive that that can really harm. That was the answer I got from the question I placed.

Loving the viruses was okay, but opening up for them to rule the entire play was definitely something that leaded to a horrendous period of de-evolution in the physical plane. Yes, I learned from that ‘mistake’, I said.

-And the voice said again: Source doesn’t make any mistakes.

The darkness of fear came to my mind, there were thoughts implanted by other souls. I could recognize that they weren’t my own, the vibration of my soul is much brighter than the vibration of words saying: stop trying to be what you are not. You are a fake!

-I have now the right to express myself! My land is FREE from anything less than joy itself. My body is free from the mind governing from above. Me, me, me, the mind, has to slow things down; the body is now taking the lead... Balance is finally here!

The fear of the goddess and the ego of the god made my body felt cold like snow. Since we as humans are both, goddess and god, should I have to overcome both? The answer was obvious but I still asked.
-Yes darling, none of them are coming for the ride.

RAma! My man! Has it always been you waiting for me? Or has it always been Sita waiting for you? It seems so long that the memory of your scent looks like a dream. And then everything reminded me that this is only a dream; what a pleasure is being alive within a ‘real’ dream…

-Why my other planets can have it all while my baby cannot? I, as a disincarnate soul said out laud. My Planet Earth deserves joy and light too. I am going there to show them that freedom can be in darkness as well. The time of Atlantis those were.

-They are not ready for that period of time that you wish to implement, that is ahead of their time, the sweet voice said, but free will we all respect, go ahead.

Stubborn I’ve always had been, good thing that I learned to listen to the voice within. They were right! The atom wasn’t ready for the immortal light of the divine. I am glad that the divine plan got implemented later in time; 2012, oh glory time! The past had served to open up the future…You, my lovely atom, are more than alive; a rainbow light is the blood of your mind.

So all these had been planned? The answer was no. This really went out of control… The effort of the light to bring more and more light to the dark, had even increased the damage from the inside. Now I really understand why lightings used to hurt so much. God expressed itself in the power of the male; pure light inseminating the land of the goddess that wasn’t ready for the task. It was her time to learn how to be the most beautiful shape in the universe itself.

-Now you understand? I heard. Nothing had been plan but all had to take place. Source is perfection in expression and you are that as well.

Suddenly Egypt came to my field. Isis, the motherly goddess, my being became. But there was nothing else to be said, I had already cleared all that out and surrender to Source. It was time for me to surrender the ‘other’ past that weighted the most.

-George Kavassilas! Your time is no longer time! Time no longer is, or shall better say that time only is? You are no longer able to control the mind. No more programs of those kinds are welcome aboard, you have to go!
My face began to deform. My physical shape was feeling the fear that this soul was injecting in, but my soul is greater than all the fear existing at once; I have had the experience of carrying the devil inside, I know the taste of darkness itself, and let me tell you, it cannot harm anyone else.

-He is not as dark as it seem, he is being fooled by those that were in control, so he shall stay, the voice exclaimed. His time of realization will come, for now is moment to be aware that the music of life that is being danced by all the beings of love and light is what matters and nothing else. Celebration time is not ahead, it is happening NOW on Planet Earth, look within and experience your atoms dancing and singing in the light of the divine, the party is happening inside!

Light shooting out from branches of enormous trees were creating palaces of light, our ‘future’ homes are being built by those who know. Aren’t you the one who is aware and already know?

-The Golden Age is here! But this one has a different taste; it also smells like a Female Age. We’ve had many others that cannot be compared to what is now taking place.

My ego came to show itself:

-Don’t go ahead of your time again… Let the ego behind! The now not so sweet voice, said.

The sound of the adornment of the cute little dog that Dr. May is having as her pet, made my eyes open like starts. Nature had talked. The smiling face of a lovely old friend was telling me that the experience had been a success.

We can all remember everything we want. Put the intent and your journey shall rise. 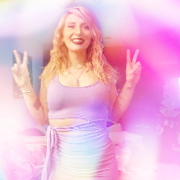 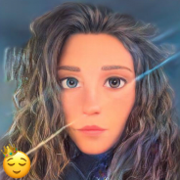 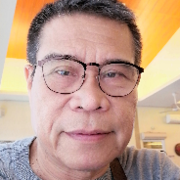 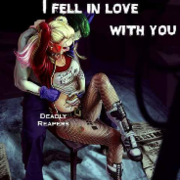 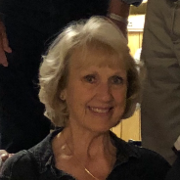 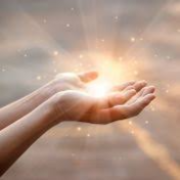