A call to division continues to be made by the Negative Forces in their last sighs, as they try to set the surface population in conflict, against each other, inciting polarization in every possible way. It is clear that this plan will have no effect as they expect, for as we have been emphasizing for a long time, there is more Light now on Earth than ever before. It is to be expected that they, those who wish to maintain the old system, will create some disharmonies, but they will not be able to go beyond a certain line. The New Age indicator beacon is well lit, and nothing that the negative groups do will be able to avoid this Quantum Leap, that has been foretold for so many ages.

You, on the surface, are in a way already used to the amount of false news (or fake news) that continues to spread through your media, in an attempt to maintain control through fear. This is becoming less acceptable every day, and you (the people) are now taking the inner call to really understand the inner voice of Truth. We also know how restless many of you are about what is being called the “second wave”. Keep in mind that, as we have emphasized, those who wish to annihilate humanity will not cross a line. They have already been warned by our Forces that we will advance Low Orbit with our fleets if necessary.

There is, of course, a lot of movement of our spaceships all over the planet, and many of you may be following such movements when our “escort ships” cut from one side to the other and drive away any remnants of negative Draco fleets that may still be trying to hide.

We must also say that, through our allies of Telos, we have advanced from the interior of the Earth to certain areas of the surface in order to neutralize some underground forces of the negative groups still resistant to the changes. Many children have been rescued in recent times by our forces, and we say that it has been hard work, but that we are managing to move forward as planned. At this point, many of you may be called upon to collaborate more directly with certain releases, and when appropriate you will know about the next steps.

Many of you are direct members of what we might call galactic “police” forces, which in no way resembles your earth policing. We also hasten to say that in no way do we underestimate the work of the policemen of the Earth and their workgroups, but that our way of working is different from the ones you are used to seeing. We are equipped with certain forces and have the largest neutralizing force field in the Galaxy. Obviously, we don’t use it directly on Earth, because there are laws that need to be respected. Laws that some of you still don’t understand, and in this misunderstanding, you are asking yourself why we don’t intervene once and for all in everything that is happening. As we always say, we have a limit to act and we cannot disrespect, in any way, the sovereignty of the peoples of the Earth and their capacities of creation, but rather act on what is possible for us or, as the saying goes, “what is within our remit”, we resolve.

You are entering a zone of space where there is a great amount of energy capable of drastically altering the vibration of your bodies, thus increasing your telepathic abilities and strengthening your Immune System. However intelligent those who represent the negative forces are, they “let through” this fact when they architected the plan in progress since the plan for Covid-19 is unable to be fully implemented as they wished, because, by crossing this zone in the space, you naturally increase your own immunity. This occurs thanks to the crystalline particles of this specific zone in the space that you and the planet are crossing, while Mother Earth continues her journey through the Galaxy. 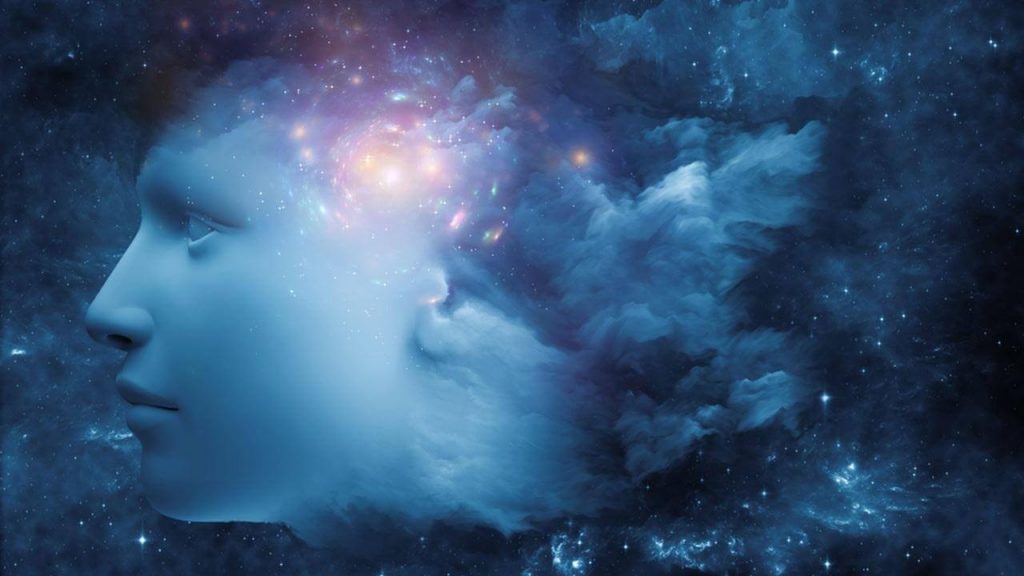 You are crossing this great quantum field of crystalline particles right now (from November 2020 to the end of January 2021). This will also impel you to abandon what needs to be abandoned and to open yourself to new experiences. It’s not surprising that many of you are going through end-of-cycle phases, whether in affective relationships or any other situation involving family and work environments. You are being called to the new, and these three months (November, December, and January) will bring a strong push for great changes. Trust the forces that assist you, dear ones! You, as we always say, are being more assisted now than ever before! Nothing will change the plans already decreed by the Creator.

You will find the balance and be sure that this is not far from your linear time. Even though your media tends to continue to instigate fear, and even though those servants of the negative forces continue arrogantly to deny that their plans have failed, it is evident: you are reaching a new state of consciousness so that you can no longer return to the old ways. These times are indeed challenging, and many of you have been affected, having lost loved ones through all the chaos and stampede that the dark forces have created. But, in any case, know that all your efforts and all those who have been most directly affected by the whole situation will be honored by your trust in the Supreme Creator.

Another point we would like to emphasize is the policies of your system. Of course, everything seems to be as it always has been and nothing seems to be changing for some of you, or rather, for most of you. My dear ones, as much as it may not seem to you, the political visual scenarios around the world, even though they seem to be as they always have been, there are big moves behind the scenes for drastic changes. It is important that you continue your meditations, avoiding any kind of polarization, and keeping an eye out for them in the midst of discussions that drain your energies and leave you without the strength to fight any biological abnormality in your bodies. The dark ones, as we always say, know that when you go into extreme polarization, there is a drastic drop in your physical immunity, making you vulnerable to various types of infections. Didn’t they realize that months before they launched the “Covid-19” narrative, they incited you to move into separations and accusations, putting you into extreme discussions? The negative ones know this and have been using this weapon for a long time. Simple examples to understand: it’s like in politics or sports (when there are inflammations of rival groups) and even in your means of study, when discussions are raised saying that University A is better than University B, creating groups of “superiors and inferiors”. All to create separation in an attempt to disempower and weaken you to take advantage of such movements. You are ONE, dear, regardless of your differences! 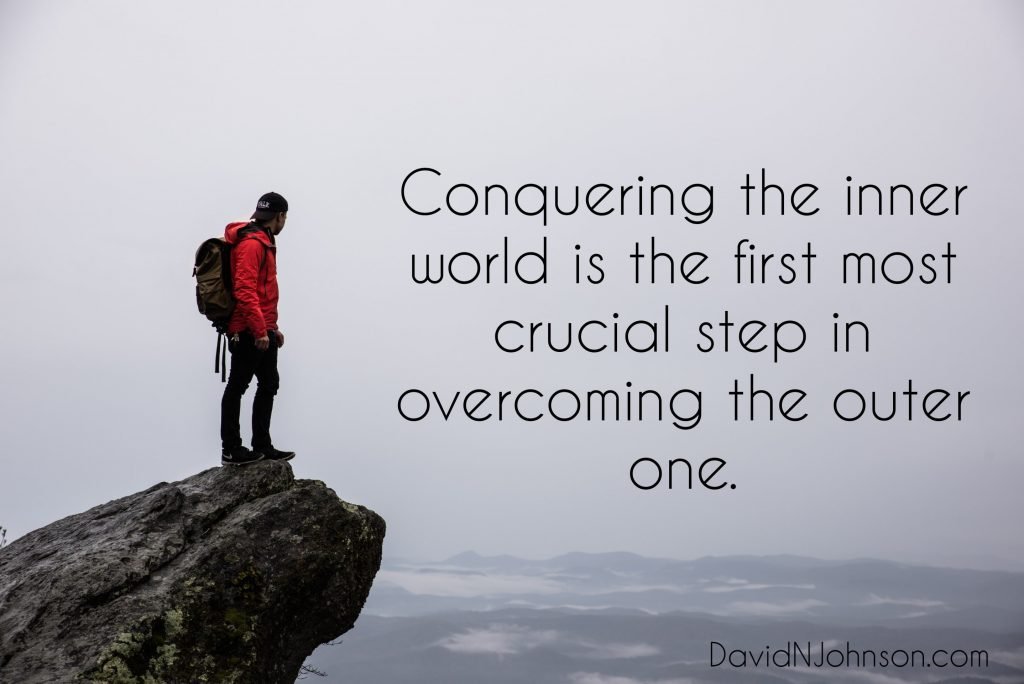 “Conquering the inner world is the first most crucial step in overcoming the outer one.”

These are challenging times, yes, but you had already been warned about it. These are the times for which you were born! To be the lighthouses in the midst of all the commotion that precedes a Quantum Leap. All the dirt that had been thrown under the carpet for ages is now being exposed. And you are also having to deal with your own shadows, long kept. But, know that in no way, you would be alone in the middle of all these moves. Believe us, dear ones, when we say that you are the bravest beings in the Galaxy for accepting such a great challenge to bring Light to the planet, which had been dominated by darkness for a long time.

I am SaLuSa (Shalashian) from Sirius and I reinforce that my presence with you will be more active in the coming months, when you will continue to see our spaceships in your skies, especially acting in the cleaning of toxic gases that are continuously thrown into the atmosphere. This is a special request from Gaia to us from space, and we count on you, our allies from the surface. We trust you as you trust us. While we do our part in what is within our jurisdiction, you – the Galactic Federation incarnated on Earth, – are called to your task.

We leave our Love and Blessings from all of us who compose the Galactic Forces of space, always honoring the Galactic Codex entrusted to us.

(In Sirian: Because Yes. We Are All ONE!)

Stay in the Light!