Modern physics is dominated by the concepts of Quantum Mechanics. This page aims to give a brief introduction to some of these ideas.

Until the closing decades of the last century the physical world, as studied by experiment, could be explained according to the principles of classical (or Newtonian) mechanics: the physics of everyday life. By the turn of the century, however, the cracks were beginning to show and the disciplines of Relativity and Quantum Mechanics were developed to account for them. Relativity came first, and described the physics of very massive and very fast objects, then came Quantum Mechanics in the 1920's to describe the physics of very small objects.

Neither of these theories provide an easy intuitive picture of the world, since they contradict the predictions of familiar Newtonian Mechanics in the regimes for which they were developed. Nevertheless, both schemes reproduce the Newtonian results when applied to the everyday world. In seeking to understand the physics of semiconductors at an atomic level we must start from a Quantum Mechanical viewpoint, since the entities with which we will be dealing (electrons, atoms, etc) are so very small.... 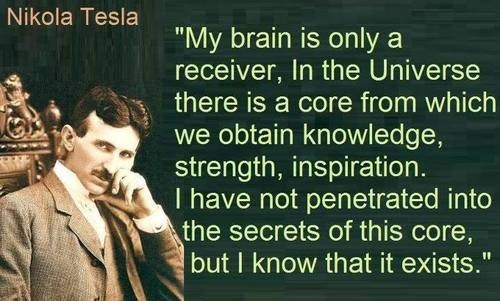 At the macroscopic scale we are used to two broad types of phenomena: waves and particles. Briefly, particles are localised phenomena which transport both mass and energy as they move, while waves are de-localised phenomena (that is they are spread-out in space) which carry energy but no mass as they move. Physical objects that one can touch are particle-like phenomena (e.g. cricket balls), while ripples on a lake (for example) are waves (note that there is no net transport of water: hence no net transport of mass).
In Quantum Mechanics this neat distinction is blurred. Entities which we would normally think of as particles (e.g. electrons) can behave like waves in certain situations, while entities which we would normally think of as waves (e.g. electromagnetic radiation: light) can behave like particles. Thus electrons can create wave-like diffraction patterns upon passing through narrow slits, just like water waves do as they pass through the entrance to a harbour. Conversely, the photoelectric effect (i.e. the absorption of light by electrons in solids) can only be explained if the light has a particulate nature (leading to the concept of photons).

Such ideas led DeBroglie to the conclusion that all entities had both wave and particle aspects, and that different aspects were manifested by the entity according to what type of process it was undergoing. This became known as the Principle of Wave-Particle Duality. Furthermore, DeBroglie was able to relate the momentum of a "particle" to the wavelength (i.e. the peak-to-peak distance) of the corresponding "wave". The DeBroglie relation tells us that p=h/lambda, where p is the particle's momentum, lambda is its wavelength and h is Planck's constant. Thus it is possible to calculate the quantum wavelength of a particle through knowledge of its momentum.

This was important because wave phenomena, such as diffraction, are generally only important when waves interact with objects of a size comparable to their wavelength. Fortunately for the theory, the wavelength of everyday objects moving at everyday speeds turns out to be incredibly small. So small in fact that no Quantum Mechanical effects should be noticeable at the macroscopic level, confirming that Newtonian Mechanics is perfectly acceptable for everyday applications (as required by the Correspondence Principle). Conversely, small objects like electrons have wavelengths comparable to the microscopic atomic structures they encounter in solids. Thus a Quantum Mechanical description, which includes their wave-like aspects, is essential to their understanding.

Hopefully the foregoing discussion provides a convincing enough argument to use Quantum Mechanical ideas when dealing with electrons in solids. Next we must address the question of how exactly one describes electrons in a wave-like manner....

OK, OK, I know I said I would avoid equations, but I can't write about Quantum Mechanics and not mention the biggie now can I ? What I will do is try to talk about the ideas behind the equation, and its consequences, rather than dwell on the form of the equation itself. Given the current limitations of html I'm not even going to try and write it out for you, its easy enough to find in any QM textbook. There are actually two Schrodinger equations: time-dependent and time-independent. We'll start with the time-dependent version and see what all the fuss is about....
The approach suggested by Schrodinger was to postulate a function which would vary in both time and space in a wave-like manner (the so-called wavefunction) and which would carry within it information about a particle or system. The time-dependent Schrodinger equation allows us to deterministically predict the behaviour of the wavefunction over time, once we know its environment. The information concerning environment is in the form of the potential which would be experienced by the particle according to classical mechanics (if you are unfamiliar with the classical concept of potential an explanation is available).

Whenever we make a measurement on a Quantum system, the results are dictated by the wavefunction at the time at which the measurement is made. It turns out that for each possible quantity we might want to measure (an observable) there is a set of special wavefunctions (known as eigenfunctions) which will always return the same value (an eigenvalue) for the observable. e.g.....

where (x,t) is standard notation to remind us that the eigenfunctions psi_n(x,t)
are dependent upon position (x) and time (t).

where c_1, c_2,.... are coefficients which define the composition of the state. 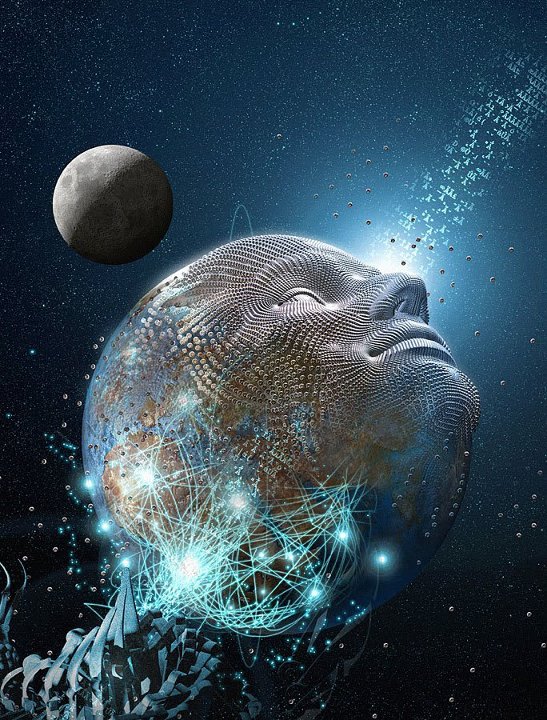 The measurement will return the eigenvalue associated with the eigenfunction into which the wavefunction has collapsed. Clearly therefore the measurement can only ever yield an eigenvalue (even though the original state was not an eigenfunction), and it will do so with a probability determined by the composition of the original superposition. There are clearly only a limited number of discrete values which the observable can take. We say that the system is quantised (which means essentially the same as discretised).
Once the wavefunction has collapsed into one particular eigenfunction it will stay in that state until it is perturbed by the outside world. The fundamental limitation of Quantum Mechanics lies in the Heisenberg Uncertainty Principle which tells us that certain quantum measurements disturb the system and push the wavefunction back into a superposed state once again.

Precisely what constitutes a measurement and the process by which the wavefunction collapses are two issues I am not even going to touch on. Suffice to say they are still matters for vigorous debate !

At any rate, in a macroscopic system the wavefunctions of the many component particles are constantly being disturbed by measurement-like processes, so a macroscopic measurement on the system only ever yields a time- and particle- averaged value for an observable. This averaged value need not, of course, be an eigenvalue, so we do not generally observe quantisation at the macroscopic level (the correspondence principle again). If we are to investigate the microscopic behaviour of particles we would (in an ideal world) like to know the wavefunctions of any individual particles at any given instant in time....

The bottom line is that we can use the time-dependent Schrodinger equation (or often the simpler time-independent version) to tell us what the wavefunctions of a quantum system are, entirely deterministically. That is, we do not have to resort to the language of probability. Once we try to apply this knowledge to the real world (i.e. to predict the outcome of measurements, etc) then we have to speak in terms of probabilities.

"Selamat balik (Sirian welcome) to all visitors to this blog with good intentions and pure hearts....I'm happy to see such tranquility in my fellows and even if our stories may not match in places, we each have our puzzle pieces with which to furnish…"

"Yes Drekx, I eagerly await any night training sessions from Mikala. It would be an honor. : ) I know that information will eventually make its way to my consciousness in right divine time. My favorite updates from Sheldan were from the Nine.…"