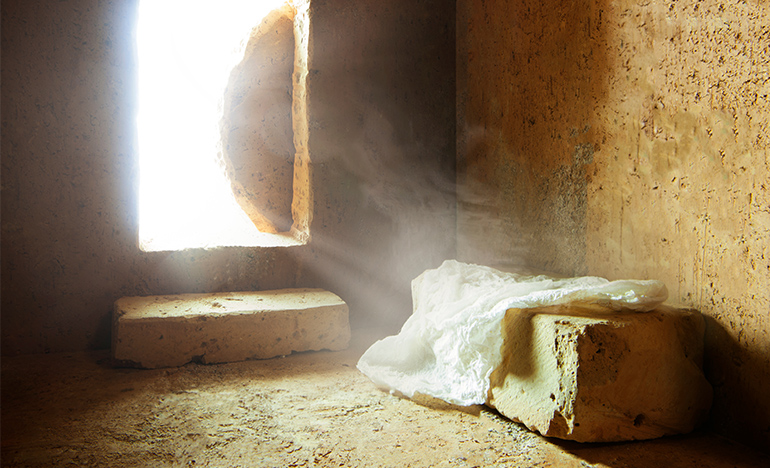 The horse: When somebody dies, can he still resurrect?

The lion: That is a wrong question! Ask can something change  back to how it was before?

Quantum eraser experiment (QEE)is truely amazing, even when we dont explain it using quantum theory. Then, of course 'delayed choice quantum eraser' is more amazing than even resurrection! In QEE, a photon is passed through the double slit. Then we attempt to measure which slit it went through by first letting the photon through one slit get polarized in one way and letting the one through the other slit get polarized in the opposite way. Then we can infere where the photon came from by measuring its polarization. Then the inteferance disappears, since we can measure which way the photon went through. But then if, after polarizing the photons that way, we again polarize them such that we can nolonger tell which photon is which? Then the appearance pattern reappears!

Forget about quantum's 'god does it in ways that no human can understand' no-answere-answer. The above phenomenon is very easy to understand. It is easier than quantum bozos think and yet it is also more profound tgan they think: it infers the pissibility of resurrection! This also serves to show that mystifications and beleiving that 'nature cannot be understood' does not mean you understand such concepts as God, resurrection etc as 'new agers' tends to insunuate. It just means that you are mystified, nothing else. Your hope is in a lack of understanding. You are in to blissful ignorance! Whenever light in both slits are polarized differently, then they can't form interference pattern simply because the waves that are 'facing different directions' cancels themselves in what can be termed as 'decoherence'. So the fact that differential polarization means ability to measure which way the photon went through is just incidental.

Note also that some facts about QEE can be known by doing some simple experiments using the polarizing films found in liquid crystal screens eg those in a digital watch or a calculator. You will find that light through a polarizing film gets dimmer. Then the more you place polarizing films on each other, especialy if they are not exactly parallel, the dimmer it gets. In the language of QM, 'the number of photons get reduced'. This means that the explanation of QEE is very simple. The placement of a 'diagonal' polarizing film infront of a slit bocks some of the vertically polarized photons but not all of them. It is normally the vertically polarized photons that forms interferance pattern. This means that the light that forms intefeance pattern is now dimmer. But since the diagonaly polarized photons, which doesn't form interference pattern, are not similay reduced, the resulting light, which doesn't form interference pattern, overwhelms the light that forms interference pattern. So it is much like when sun rises, the stars seems to disappear. If we are shocked when the stars reappears afer the sun set, then it can only be because we erroneously thought that the stars actually disappears after the sun rise! This is how quantum gawkers tends to think. When they don't see something, 'it is because it is not there'. They are like male sheeps fighting on the summit. That is why they don't understand anything!

Now lets come to resurrection. As we have seen, the wave nature of anything never actually disappear (or otherwise there is no sensible way it would ever return if we were to 'erase the information that we gotten via observation'. Essentially the classic world comes about when we 'observe' the quantum world. However QEE shows us the quantum world can reemerge if we 'forget what we observed'! So the quantum world had really never gone anywhere in the first place. It had just hide! So if nature can fail to erase caleidoscope if information, that forms the entire world in what seems to be a total destruction, what makes us think that the information pertaining to where the body molecules are are ever destroyed when we die? If they are not destroyed, why do we think resurrection is difficult? When we die, what happens is something like the dimming of stars when the sun rises. That is to say not every particle that forms our body dies. What is left intact is a less denser body which cannot be seen because the denser body overwhelms the other body like the sun does to stars.

The horse: So I can see that trying to understand nature can lead us to spirituality, while just saying: 'it is beyond understanding' does not necessarily lead us so, like it doesn't, quantum 'mysticists'.

The lion: Yep, and this is in contrast to how new agers teaches!

Views: 31
E-mail me when people leave their comments –
Follow

"I never heard of onslaught of rap music in ACC before the Trump whisky came here and made the issues of cabal, reptilian, illuminati etc partisan!! Instead I often heard rappers like immortal technique praised and their messages quoted.

3/5/2021The Lull The Universe knows it can be challenging to wait through the lulls and the in-between times.  You have done your work and, until the next wave of change arrives, keeping yourself busy becomes a task.  You are being gently…
See More

"There is nothing that dictates in a rap genre what I must rap about. I can rap about Christian Gospel, love, hatred or I can insult pple etc. So it is like any other genre. One can abuse any music genre, or any other form of art. I can paint…"

"Rap music is as good as any other music. Your not making sound judgment. You are blaming the bottles rather than the beer for the drunkardness in the bar! No difference with saying 'saxophones are worst musical instruments' just because you don't…"