PT1) WHERE DOES MONEY COME FROM ; AND ( PT2) PIGGIES SQUEAL AS ILLUMINATI TIGHTEN NOOSE

Where Does Money Come From? The Giant Federal Reserve Scam That Mos...

How is money created?  If you ask average people on the street this question, most of them have absolutely no idea.  This is rather odd, because we all use money constantly.  You would think that it would only be natural for all of us to know where it comes from.  So where does money come from?  A lot of people assume that the federal government creates our money, but that is not the case.  If the federal government could just print and spend more money whenever it wanted to, our national debt would be zero.  But instead, our national debt is now nearly 16 trillion dollars.  So why does our government (or any sovereign government for that matter) have to borrow money from anybody?  That is a very good question.  The truth is that in theory the U.S. government does not have to borrow a single penny from anyone.  But under the Federal Reserve system, the U.S. government has purposely allowed itself to be subjugated to a financial system in which it will be constantly borrowing larger and larger amounts of money.  In fact, this is how it works in the vast majority of the countries on the planet at this point.  As you will see, this kind of system is not sustainable and the structural problems caused by such a system are at the very heart of our debt problems today.

So where does money come from?  In the United States, it comes from the Federal Reserve.

Rather, the U.S. government creates a bunch of U.S. Treasury bonds (debt) and takes them over to the Federal Reserve.

The Federal Reserve creates a billion dollars out of thin air and exchanges them for the U.S. Treasury bonds.

Those are very good questions.

One of the primary reasons why our system is structured this way is so that wealthy people can get even wealthier by lending money to the U.S. government and other national governments.

For example, last year the U.S. government spent more than 454 billion dollars just on interest on the national debt.

Over the centuries, the ultra-wealthy have found lending to national governments to be a very, very profitable enterprise.

There is a problem.

So where will the U.S. government get the money to pay that debt?

Well, the theory is that we can get money to circulate through the economy really, really fast and tax it at a high enough rate that the government will be able to collect enough taxes to pay the debt.

But that never actually happens, does it?

Another way that money comes into existence in our economy is through the process of fractional reserve banking.

When you put your money into the bank, it does not say there.  The bank only keeps a relatively small amount of money sitting around to satisfy the withdrawal demands of account holders.  If all of us went down to the banks right now and demanded our money, that would create a major problem.

If I put 100 dollars into the bank and the bank lends out 90 of those dollars to you, now it looks like there are 190 dollars floating around.  I have “100 dollars” in my bank account and you have “90 dollars” that you just borrowed.

The new debt that you have taken on (90 dollars) has “created” more money.  But of course you are going to end up paying back more than 90 dollars to the bank, so more debt has been created than the amount of money that has been created.

So is it any wonder that our society is swamped with nearly 55 trillion dollars of total debt at this point?

A debt-based financial system is unsustainable by nature because it will always create debt bubbles that will inevitably burst.

Are you starting to see why so many Americans are saying that we need to abolish the Federal Reserve system?

Our founding fathers never intended for our financial system to work this way.

According to Article I, Section 8 of the U.S. Constitution, the U.S. Congress is supposed to have the authority to “coin Money, regulate the Value thereof, and of foreign Coin, and fix the Standard of Weights and Measures”.

So why has this authority been given to a private institution that is dominated by the big Wall Street banks and that has actually argued in court that it is “not an agency” of the federal government?

Thomas Jefferson once said that if he could add just one more amendment to the U.S. Constitution it would be a ban on all government borrowing….

I wish it were possible to obtain a single amendment to our Constitution. I would be willing to depend on that alone for the reduction of the administration of our government to the genuine principles of its Constitution; I mean an additional article, taking from the federal government the power of borrowing.

But instead, we have become enslaved to a system where government borrowing actually creates our money.

The borrower is the servant of the lender, and we have allowed our government to enslave us to the tune of nearly 16 trillion dollars.

There are alternatives to this system.  Things do not have to work this way.

Unfortunately, the vast majority of our politicians consider the Federal Reserve to be good for America and steadfastly refuse to do anything to change the status quo.

So if you are waiting for “solutions” to these problems on the national level you are going to be waiting for a very long time.

The debt problems that the United States and Europe are experiencing did not come into existence by accident.  They are the result of fundamental structural problems with the financial system.

A debt-based financial system is always going to fail in the long run.  Unfortunately, most Americans still do not understand this and so we will all get to suffer the consequences.

Posted by truther on June 27, 2012
Hard to feel sorry for people who forfeit control of the economy to a foreign cartel consisting of satanist families.

“Economic crises have been produced by us for the goyim by no other means than the withdrawal of money from circulation.”

Stock markets have been in free fall since last Wednesday when Ben Bernanke indicated the Fed would not trigger more “quantitative easing.”

He would not inject more currency (credit) into the US economy. Credit is the oxygen that makes the economy sizzle or fizzle.

Oil and other commodities are cratering while gold is treading water, trying to make up its mind.

Had Bernanke said he was injecting another $500 billion into the economy, the market would have soared and everyone would be partying instead of ripping their garments.

It’s hard to feel sorry for people who forfeit control over their monetary policy to a foreign private cartel of satanist families. 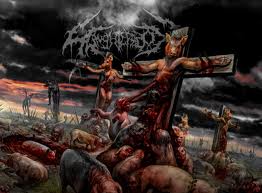 All our so-called leaders are agents of this cartel. Our mass media and cultural leaders are owned by them.Acquiescence in their fraud is a prerequisite for professional advancement.

This fraud has spawned all the others: the two world wars, the Great Depression, the Cold war etc. The people have been easily duped and played their roles.

We have forfeited our freedom for a good feed. Now we’re discovering that we’re the dinner.

There should be no such thing as “sovereign debt.”  Currency (credit) is just a medium of exchange like a coupon. Governments can create as much as they need debt-free to make the economy hum. Markets will determine their value relative to other currencies.

But the Illuminati bankers have created all currency in the form of a debt to them. Our society is wholly complicit in this fraud.

It is not Greek or German or French or Spanish banks that are getting the bailouts. They all got the virtual “money” from the Illuminati families. The banks are just a front for these families. These families don’t need the “money” back. It was created out of thin air. This is just a mechanism for plundering what’s left.

The taxpayers of these countries are being saddled with this fictional debt and becoming debt slaves.

By accepting this fraud, they are enslaving themselves. The Illuminati bankersinstigated 9-11 as a pretext to erect the prison walls.

As we have seen, the Cabalist Jewish bankers (the Illuminati) have a long-range plan for the ascendance of their “Messiah.”  Actually the anti-Christ, he will be “the King of the Jews” to be selected from the House of Rothschild. Most Jews are not privy to this plan.

The Illuminati Jews realized it will not happen by itself. The first step was the re-establishment of the State of Israel. The Rothschilds did this by colonizing Palestine and engineering the Dreyfus Affair and Nazism.

The book, Elijah, Rothschilds & the Ark of the Covenant continues: “Note that this is not a suggestion given in the Scriptures. It is a command from the God of Israel. Lending upon usury is how to possess the land.” (175)

“Lending on interest for consumer and emergency needs became a virtual Jewish monopoly in Western Europe between the 12th and 15th centuries…As security, real estate was most preferred. In this way Jews acquired in pledge houses, vineyards, farms, villages, castles, towns, and even provinces. ” (177)

“The rise of absolute monarchies in Central Europe brought numbers of Jews into the influential position of negotiating loans for the various royal courts. The phenomenon of court Jews now continued into Europe. The nost famous included Lehmann, Oppenheimer and Goldschmidt in Germany and Austria.” (180)

“Jean Izolulet, a member of the Jewish Alliance Israelite Universeile wrote in 1932: ‘The meaning of history of the last century is that today 300 Jewish financiers, all masters of lodges, rule the world.” (183)

We have the dubious honor of witnessing the consummation of a centuries-old plan for world tyranny based on satanic megalomania and demented Biblical prophesies.

The Illuminati could not succeed without our determined self-deception and collaboration. Humanity is infected by a death wish.

Our would-be masters are proving that we are too venal, craven and stupid to be prosperous and free. They have ensured humanity will miss its Divine Rendezvous. However, there is still hope for some individuals.

Alan commented on the blog post 'SOUTH DAKOTA CONSIDERS FIRST STATE BILL TO OUTLAW ALL VACCINE AND MEDICAL MANDATES'
"Good call, make it mandatory for all."
42 minutes ago