When my messages are given, my words are to empower and awaken None of these messages are to cause negative thoughts towards anyone or any circumstance. None of my comments are angry or advising anger against those who do things they believe to be "right." I've been trying to teach the fallacy of divisive attitudes.

"Right" and "wrong" cause of much of the disharmony in today's world. Good and bad, right and wrong and light and dark are all mental attitudes, and the determination of which one best applies depends on one's thoughts about a particular circumstance – opinions can go either way. "Good" would qualify the way that individual thinks, and "bad" would be the label placed on an opposite opinion. Right and wrong is the same, and so is light and dark. We talk about being light and bringing light, but those living in darkness will see light as the opposite of their way of thinking and call it dark. And so it is!

Cancel your divisive thinking and accept that all points of view are correct to the one doing the evaluating. Complimentary attitudes can do more for increasing awareness than total agreement or those that are in direct opposition. In the big picture, opposing attitudes offer the opportunity to defend yours or let go of a righteous attitude that creates division. Just dropping the attitude towards the opposite concept is enough to make a big leap in the cause and effect factor in human growth. Being opposed to another's opinion is ok, as long as there is an opening for conversation and compromise. Pushing your opinion on those not agreeing is what creates dross (negative energy) in a community.

Put this message into your "most important" file about developing a more conscious world. Being able to co-exist with diversity is one of the most important learnings any soul can develop. Accepting differences is where this lesson begins, but the next level is to be able to move love into that difference - making the difference a catalyst for becoming more loving.

In the human condition it is not common to be an appreciator of differences. In fact, differences have historically been a major cause of negativity and divisiveness. Blaming the "less able", as an excuse to be considered "better" than them, has been a natural instinct in all cultures. Blame the half-castes, blame those with the darkest appearance, blame the other religion, blame the ones who came after you - man is always finding an object to defeat with his derogatory, negative thinking. The boss degrades lower management, lower management degrades those with lower pay, and they degrade their competition for the job – on and on it goes. Beware! None of these attitude demonstrations are in anyone's best interest, as cause and effect is at play in every case. Dark and light do not apply to these comments - only ignorance. Being discerning is not about determining whether someone agrees with your belief or not, it is about assessing whether something comes from Christ Consciousness or not. Anything that does not come from Christ Consciousness is just another ego's opinion.

Now let's take this into the arena of condemning an opponent in a political race. Condemning the opposition candidate draws dark, negative conditions to all - not just the one on the receiving end - or only the one delivering the content. All who agree and all who disagree are also drawn into divisiveness. How can you campaign without delivering anti-"other" messages? Act like an angel and allow others to like what they are experiencing.

When the US Congress makes the world gasp at their divisiveness, the world needs to see how this condition mirrors their own way of being. Is there any country that is not divided in this way? Not really. Can this be changed? Yes, with more consciousness in those delivering the energy to the discussion.

At this point, I want you to let go of all attitudes about being right or wrong, good or bad, and dark or light. Allow your own breath to take you to the core of your being where God consciousness is found, and ask: Can you show me how I can help make a better world? Then do whatever is given as an answer to that question. 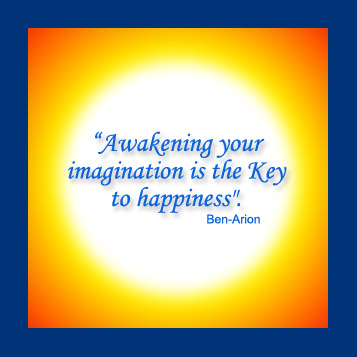 Allow others to do what they do. Accept the division that currently exists, as it is. But do whatever your heart tells you to do regarding your own choices. And don't condemn another, or an act of God, for anything that happens to appear in your awareness. Become and angel and give only love as a response.

I AM THAT I AM
Ascended Master Saint Germain

"So Moses's story was censored in Egypt because may be it was too embarrassing to Egyptians? But this 'deafening silence' in middle east is not on this story alone. Solomon and David are also not mentioned anywhere in middle east apart from Israel…"

"Yes and Islam is nothing less than an imitation of the Hebrews...Even their names have Jewish originators...But yes, the spreading of the genetics, far and wide...This science became a religious duty.....
They went forth and multiplied, as it was…"

"The Hebrews had many wives, thus their DNA spread fast 😉"
More…
Loading ...