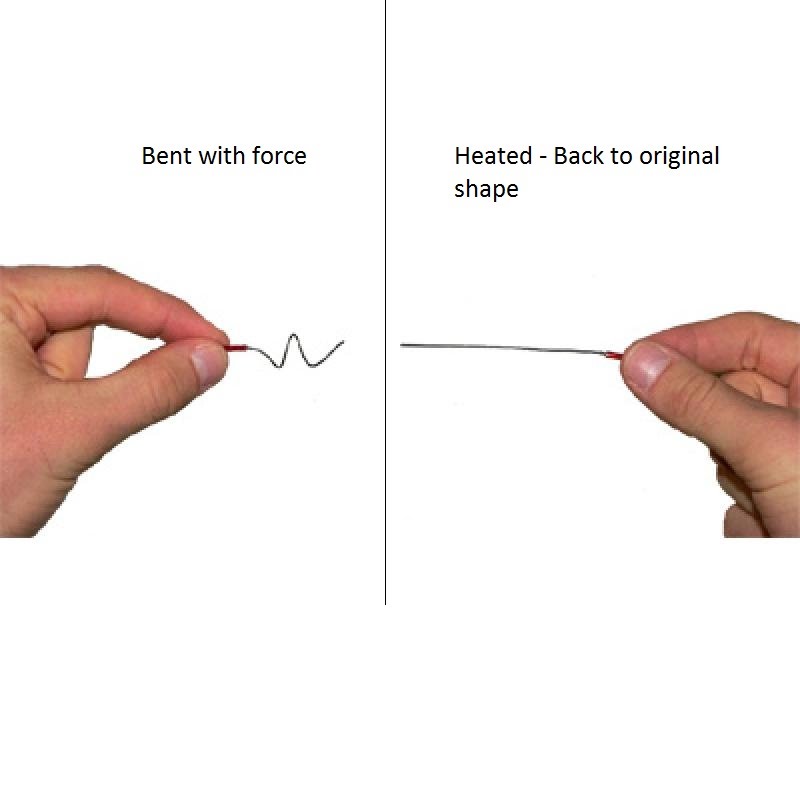 What a spirit can do, matter can do. In the past, when people wanted to  believe in some 'magical' phenomenon, they first postulated that there exist something called 'spirit' that simply does it 'in ways that no man can understand'. 'Spirit' is an 'explain-it-all, God-between-the-gaps' joker card. But this mindset has to change! Rather than (non)thinking of s 'spirit' to do it in ways you can't understand, brainstorm some form of matter state that can do similar thing! I use to think that there is no known and seen matter that can even remortly mimick such 'magics' as resurrection etc. So I only posited some unseen type of matter. But I was totally mistaken! There is a form of matter that can do all it takes for something once alife but now dead to resurect! It is called 'nitinol'!

If you hammer a nitinol metal into a face, then hold the shape in place and heat it to a high temperature, then cool it. Then guess what? You have created something that has some immortality! Now destroy the thing you have made by  crunch the nitinol to something shapeless  . So you may now think you have killed the original structure completely and there is no hope of ever attaining it except to painstakingly recreate it. But you are totally mistaken! All you need to do is deep it in hot water and voila! It returns to the original complex shape!! Now this is 'magic'! By this amazing behaviour nitinol illustrates several things I have been struggling to say in a single sweep! One of them is the meaninglessness of concepts such as 'magic'. If we ever see magic happening, it there and then cease being 'magic'! We humans confuse 'habit' with 'understanding', that is why we posit 'spirits' to do what matter 'cannot do'. We see matter in day to day and we confuse thus habitual perception with 'understanding'!

But now if 'dead molecules' can, at least in principle, remember where they were and return exactly to that place, isn't this all it takes for a corpse to resurrect! Sure, it is all it takes! Thus nitinol proves that matter is capable of immortality! Specifically, rather than thinking of a 'soul' (i.e. something 'beyond understanding'), just think of a type of matter that can resiliently snap back to its original form given the right condition, and we arive at theory of resurrection and immortality that is capable of being illustrated and thus easier to believe!

Remember that the original idea of immortality, such as in the bible, was thought to be via resurrection. To the bible, matter was transmutable into something that looks totally different, and that such will happen during resurection. But then somewhere human amused himself that he now understand matter and that according to the 'understanding', matter is inert and incapable of such fleats! But modern knowledge have shown in several case that this is not the case! So we need to go back to the idea of imortality with matter, i.e. not necesarily via a soul.

Views: 27
E-mail me when people leave their comments –
Follow "If the world adopted a plant-based diet we would reduce global agricultural land use from 4 to 1 billion hectares
by Hannah Ritchie
Read full @ https://ourworldindata.org/land-use-diets"

"Note that this modern way of farming is what jesus would call 'bad shepherds that prey on sheep, kill them anyhowly etc' they are like wolfs. But is this not funny? Jesus was a meat eater in the end. Think about this carefully!"

"Also note that earlier on, people from say Israel could not have conceived the idea that it is generally immoral to eat flesh. Why?Because they had to eat it. In a desert, sometimes meat is the only thing available to eat! John The Baptist found…"
More…
Loading ...