People, all of this complaining does nothing but add to the negative energy that is clouding all of your continents...You may not have money in the bank, but you have creative ideas and the ability to act towards their adoption. Giving up is not an option.

Changes to the planet's money arrangement must come before the lack of money does. Your economies are all connected now, and one of the ways to lead the light is to be more conscious in the way you move money around. All of the major economies are debt driven. China is the most wealthy, but too dependent on other economies to maintain that condition.

Futurists are all commenting on the cash to debt ratio, but I'm more concerned about how the debt got to this point. In one way, negative deficits are the same as negative dialog or negative attitudes. Just the mention of them is enough to draw dark memories to one's mind. In this case, the dark side has more than the other. Not having enough when it comes to one's ability to live, means that all who are on the other end of this imbalance are the ones who need to adjust things. When a "me first" attitude dominates the mass consciousness, only negativity is in abundance. This not only decreases what can be created, it also decreases the amount of light available for the management that is needed. We now have the most arrogant deception of all: blaming those in need for the conditions they are experiencing.

When this arrogance is the mass consciousness of a group, there will be no change of direction. Americans in the US Congress are not examples of lack. How do they deserve the authority to determine how to lead your country? How can they determine the most caring options available? Are any of them losing their income? I hope so – as soon as you are able to delete them from these positions. Arguing for the least number of constituents, over the needs of the most, cancels their right to call themselves "representatives." They only represent their own interests.

We need more caring in the leaders of a debt ridden economy. Why? To come up with remedies that can aid those who need their caring. Money invested in giving people aid so they can come out of debt will bolster the light – not giving away their debt, but giving them a chance to recover from it. All who are now dependent on others for all of their needs don't want to remain in this condition. They want to access whatever methods they can use to move into a new career, or a situation that gives them money PLUS self esteem. This is not just about money. Losing a job, or a home, or a credit rating has many feeling like a failure, with no confidence in their ability to live a "normal" life once again. Depressed and dejected, they fear the future. Heavy, dark clouds of negativity encase them and their entire area with heavy dross. Turning this around also depends on those who have the ability to contribute to the collective mind so more light and laughter can delete the dross.

Practice in not crumbling from what life brings is the beginning of a full recovery. Making arrangements with others to collectively counter these circumstances comes next. Attracting attention to these ideas is a most important follow-up. Use your social networking systems for an action based challenge to those who want to be the next leaders.

When the less able are also the least active, nothing changes. When the less able are the most active, mountains can be moved. Creativity in money matters is in the hearts of those needing the solution, not in the minds of those creating the problem. Get active in any way you can to overturn the arrogant lobbyists in their own methods of demanding that their cause be more important than yours. Overturn Monsanto and the other chemical companies that dilute the nutrition in your food supply. Get out of the control of the FDA and NOW organizations that are approving the injections that can delete your ability to defend yourselves.

In Europe, cease the chaos and gather in conscious, collective groups of problem solvers. Give the riots a new attitude - one that cancels them, in favor of helping solve the situation, not add to it. Demand that debtor countries ask to be guided by the collective consciousness of creative Europeans, not only a few government officials. Israel, stop grieving and come together to liberate yourselves from unjust practices. Don't just complain, offer good advice to be considered.

People, all of this complaining does nothing but add to the negative energy that is clouding all of your continents. Only group energy, creative and caring about the less able, can alter this current dilemma. Debt is not only in the "first" or "third" worlds, it is in the mental attitudes of all who complain. You owe yourselves the means of a new world, where those in need get the care of those who have the ability to assist. You may not have money in the bank, but you have creative ideas and the ability to act towards their adoption. Giving up is not an option.

I AM THAT I AM
Ascended Master Saint Germain

"According to a January scan by the Plejarens, the current and exact population of Earth, as per the early January survey, stands at 9,339,174,098 surface Earth humans......
So more than the official Earth science number........
The population would…"

"Vitamin D has multiple benefits and behaves like a hormone...

"Autoimmune diseases are directly linked to a lack of vitamin D...

Personally and for genetic reasons I do not suffer problems absorbing vitamin D, as some do. Also I'm light skinned, so can absorb viamin D from the sun easily..as most nordic types…" 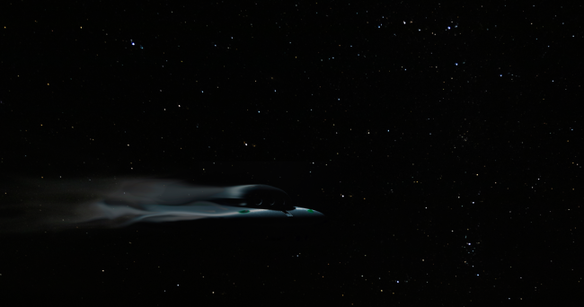 And when I’m lucky they tell me to buy Nutella cookies.