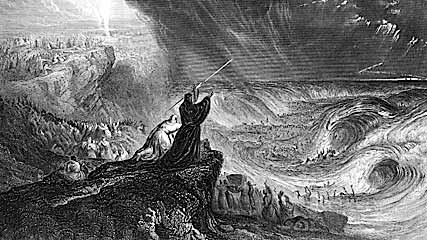 1:  an extraordinary event manifesting divine intervention in human affairs
2:  an extremely outstanding or unusual event, thing, or accomplishment
3  Christian Science :  a divinely natural phenomenon experienced humanly as the fulfillment of spiritual law
I'm sure by a certain age most people believe in miracles. However, I know of others who flatly refuse to believe in miracles because to them it goes against the laws of nature.
Those of us who believe in them have asked for a miracle at one time or another but then sometimes they happen to us without us having to ask...they seem to just spontaneously happen. This has happened to me several times but the one that really impressed me happened about a year ago.
I decided to go to a small town 30 miles away to buy some groceries because my son said I could borrow his old 4 cylinder car which was really only running on 3 but had faith I could make it. It was a beautiful day and as I drove I was praying about all I was grateful for in this life. I got to town and bought my groceries and came to a highway that I needed to cross...I looked both ways and did not see anything coming so proceeded out into the road...just as I started out into the highway I glanced to my left and noticed two eighteen wheelers driving about 80 miles an hour...one behind the other. I was already headed into the road so all I could do was punch the gas pedal and hope for the best. As I drove in front of them I had an other worldly feeling like being in the twilight zone or going into another dimension. I could hear the trucks slamming on their brakes and could smell their tires burning. The next thing I knew I was on the other side of the highway without a scratch. The eighteen wheelers pulled to the side of the road and the drivers were just staring at me like I was a ghost. We knew by all rights I should have been dead. Needless to say I prayed all the way home, giving thanks for being alive. I realized I still have things to do in this life and is why I was protected.
I wish all of you would share your miracles with us....we'd love to hear about them.
Views: 157
Tags: miracles, sharing
E-mail me when people leave their comments –
Follow

"And now, to celebrate the living ascendees, who are destined to inherit the Earth and create a new Star nation, named Solaris...
Bravo for standing with Lord Yahweh, the Logos and the local Spiritual Hierarchy and being YOURSELF, in spite of all the…"

"A requiem mass musical interlude, in memory of the fallen of the 2020/22 pandemic and it's many associated tragedies, including the constant death count, of those who were unfortunate enough to take the covid…"

"hear how to wake up (awakening moment)

"from vagabond to king
https://youtu.be/0_USvdbYS1g"