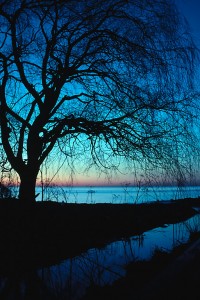 Greetings dear ones. We speak to you in this time of change and fear, for many are still holding on to fears which in turn push them to make less that perfect choices. This is not a criticism, but simply an observation of the world's state of consciousness. It is perfectly understandable that you would experience fear, for all around you are the signs of war, death, and violence. However, these appearances can take you deeper should you choose.

Use these times to evaluate your belief systems, asking yourselves; "What is it that I believe? What is it that I wish to create in my life? What am I still holding on to that I now know is not truth?" If you wish to change the manifestation of that which is not of the highest light in your lives and your world, then these questions must be seriously pondered.

Too many simply sit and wait for others to do the work of changing the outer scene. The material world (that which you can see, hear, taste, touch, and smell) is the manifestation of spiritual reality, but as interpreted according to the states of consciousness of those in the world. Where one sees a magnificent living forest, another sees only the money to be had in cutting it all down.

When you understand this, you will also understand the great hope embodied within the constitution of the United States. This document was brought into being by illumined souls who were being guided from this side because the world was ready to bring in a new awareness, new ways of living, and a new and higher sense of life. However, as with all truth, much of it was and still is being interpreted according to less evolved states of consciousness resulting in its often being misused and misinterpreted.

Be aware dear ones, that you are here to learn and grow and evolve, not to simply for enjoyment and pleasure. Joy is an important part of living because it most closely resonates with the energy of the higher dimensions, but living only for the pleasure and satisfactions of life on earth is not joy.

This topic we are choosing to talk about today is anger for anger has become a dominant energy among so many individuals, countries, and societies. Anger arises out of the third dimensional belief of duality and separation. There are many occasions when one indeed needs to speak up and state their truth or take action, but we are speaking of the general invasive anger based on appearances now permeating the earth. This subject is rarely talked about in channels, but we believe that there must be a correct understanding of anger in order for the spiritual student to move beyond it in its negative form.

Anger energy holds many in bondage to events, experiences, and people from the past, and needs to be released if one is to spiritually evolve. Anger energy can form energetic cords to people , places, and events which often stay in place from lifetime to lifetime. These need to be consciously removed and this can be done through intention and visualization or by a spiritually evolved energy worker. You will know if you have energetic cords to someone or something by the negative or even positive reactions you experience when thinking or being with them. Energetic cords connect you to someone or something in a more intense way.

Anger is the fuel of war, and frequently holds whole countries in bondage to the past-- generation after generation. It is an obsolete energy that acts to prevent individuals and governments from ever moving forward. Anger results from the misunderstanding of groups, individuals, countries, ideas, and anything that does not fit in with one's personal concepts. It permeates many organized religions, serving only to separate people in what could be a time of great awakening.

We do not say you are never to speak your truth, or that you must agree with everyone, but we say that the time has come for the world to embrace dialog and understanding of others' points of view instead of looking to violence or a stubborn refusal to compromise for solutions.

There are still many countries that hold anger and grudges toward those of another country for events of the past, teaching their children to hate and hold obsolete and finished energy from one generation to the next. This is what keeps people and countries from evolving and bringing in the new earth you seek dear ones, for the Light of that new world you desire cannot manifest in an ever renewing heavy block of dense energy.

This is not a message urging all to become door mats, or to simply ignore situations while saying; "Oh well, God is all, it isn't real" for this is indeed "human". We are simply alerting you to the subtle energy of anger that at this time you are unaware is underlying many of your choices and ideas.

Speak your truth, take whatever human footsteps are needed to change things to a higher level-- bringing light to those issues that need changing, but do it with an energy of awakened understanding and not the energy of anger. Anger energy imbues the object of the anger with power and reality.

Strong words or actions may need to be taken in some circumstances, but when they carry the energy of awareness, they hold a different resonance than when done in an energy of hate or anger. This way of working starves the energy of anger which will in turn lesson and finally disappear for it is only the false concepts of duality and separation that keep it alive.

Views: 219
E-mail me when people leave their comments –
Follow