Janna Levin presents some very interesting information about our universe, including black holes and the rhythm and sound of their nature. Her presentation of the potential sounds we might here, if we could, resemble the sounds heard by those who have explored deeper levels of consciousness through catalysts, meditation or both. There is a certain 'white noise' that can be heard, supposedly, by advanced machinery designed to detect small sounds amongst the stars.

Her graphics illustrating the wormholes that appear around black holes look eerily similar to the descriptions of those who have journeyed inward, whether under the tutelage of a master, shaman or priest doesn't seem to make a difference. The wormhole imagery appears as concentric circles of similar size with a fabric of sorts connecting everything along the way. Many graphics labeled as 'sacred geometry' have similar appearances, such as the images formed in sand or water as the sound of 'om' is made.

One can only wonder, based on the theory of everything being connected somehow, if there is a method of 'hearing' or 'experiencing' these other dimensions, different rhythms and sounds emanating from some 'original' source, like the big bang. Regarding the notion of the black hole, is it possible there is an exit where the matter and light that is drawn into it somehow appears on the other side.

If we continue along the lines of energy never being destroyed, only transformed, then we might expect to experience 'something' on the other side. What if the collapse of a black hole was the Big Bang?

Okay, bringing it back to the present is it possible that we can 'tune in' without some mechanical device's measurement as evidence?

Might those sounds also be present in the experience of those who claim to have the inner experiences that may validate Janna's findings in other ways?

Does it make sense that, somehow, man can hear God beyond the anthropomorphic?

Will machines validate the experience of humans who have spoken of these things throughout history? For many years I've sought the capacity to cross-reference internal experience with external sources in order to determine whether it even makes sense to pursue further. The photo on the left is from an ET/UFO panel discussion. You'll notice Cynthia Crawford (speaker at the Cosmic Reunion 2012) to my right.

I've had the sense that if these experiences are available, as many seem to have them, then there ought to be a way to make sense common - demonstrate that there is indeed some interconnected web within consciousness.

It has been my experience that the 'moments' of experience appear 'out of time' or 'non-linear' in most circumstances. Translating those kind of experiences into a linear language is cumbersome to say the least.

The term 'tangential' is probably most adequate in the attempts to translate, usually because translations tend to sound more like the meanderings of what have been previously labeled as an attention-deficit individual. I cannot help but wonder if this is more of an attention-driven experience that has little capacity for translation because we've simply not observed it from such a perspective.

So how does one attempt to offer a view of what appears to be the mirror of the universe; reflections of perspectives from both science (external) and spirituality (internal)? Could this lead to further understanding the bridges between the lucid environments offered from some pseudo-dreamtime experiences or even some of the 'contact' types of experiences being reported?

Granted, there are many questions that evolve from such contemplations. It would seem that considerations and conversations themed with 'what if there was evidence?' and open to exploring areas where experience is growing but knowledge is lacking might be forthcoming. If the universe, like man, is self-revealing to those who have the eyes and ears, then where might we begin to see the signs?

If, as one might suspect, those signs reveal further potential technologies that could/would benefit mankind in the pursuit of developing universal understanding, then discovery and promotion of 'clean' technologies for sustainable development of our planetary civilization would probably be a result.

These are loose contemplations at best and the 'schedule' of this natural development could be tens or even hundreds of years. Based on the progression of discoveries and development of technology over the last hundred years, it is quite possible that certain breakthroughs might facilitate a drastic shift in a relatively short time. It could be as simple as a few brilliant minds stumbling upon each other and comparing notes.

Do you have a direct experience or do you just listen to  'channelers' and pick up bits and pieces of information to form your 'belief system' or reality? How deeply do you test the information that crosses your path?

My question would be, "Why do you look outside for initial information?" The outer test is to validate the inner guidance, the witness to the truth becomes a shared reality with others. What we do with it is a testament to our authenticity and valor.

Is it not prudent to look within first? The clearest communications from Ashtar, Athena, the Ashtar Command and the Galactic Federation are guiding us to connect from inside first. It is the same message that Jesus and all the Masters offer... Ask, knock, seek within... and the door will be opened.

In my opinion, our challenge is to meet each other in that humble space. 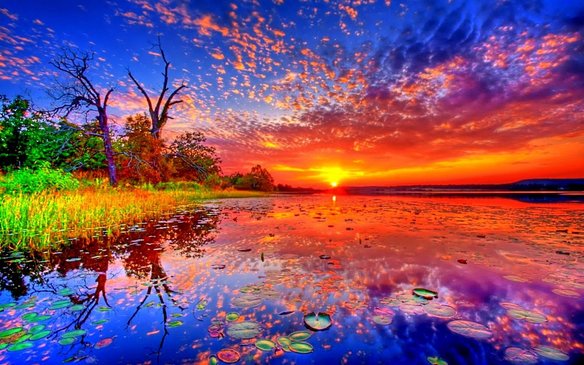