In a Historic Move, Vote to Federally Legalize Marijuana to Take Place in Congress—This Week !! 
In a Historic Move, Vote to Federally Legalize Marijuana to Take Place in Congress—This Week 11-19-2019


(Matt Agorist) As countless individuals across the land of the free are rotting in cages for possessing a plant deemed illegal by the government, a historical bill is making its way through Congress that could change everything. A congressional committee reportedly plans to vote on a bill this week that would end the federal prohibition of marijuana.

The Marijuana Opportunity Reinvestment and Expungement (MORE) Act, sponsored by House Judiciary Committee Chairman Jerrold Nadler (D-NY), would remove cannabis from the Controlled Substances Act (CSA). But that is not all. It would go one step further and seek to undo the horrific damage caused by the state’s war on this plant.

According to the legislation, the act would:

provide for expungement and resentencing of prior convictions and prevent federal agencies from using cannabis as a reason to deny access to benefits or citizenship status for immigrants.

It would also impose a five percent federal tax on the sales of marijuana products. Some of that revenue would be directed toward a new Opportunity Trust Fund aimed at supporting grant programs to provide job training and legal aid for people impacted by prohibition enforcement, loans for small marijuana businesses owned and controlled by socially and economically disadvantaged individuals and efforts to minimize barriers to licensing and employment in the legal industry. Some of these efforts would be run through a new Cannabis Justice Office in the Department of Justice.

Buy Book Hemp Bound: Dispatches from the Front Lines of the Next Agricultural Revolution

The bill currently has 55 cosponsors. Showing the partisan divide when it comes to legalizing this plant, all but one of the cosponsors are Democrats. Sadly, most of the “small government” Republicans still think massive militarized police forces kicking in doors in the middle of the night to arrest people for a plant is “conservative.”

According to Forbes, Wednesday’s planned Judiciary Committee vote on the far-reaching cannabis reform legislation is expected to be announced on Monday.

The monumental nature of this bill cannot be understated. The good that it could do — not simply by legalizing weed — by by reversing the damage caused by the war on marijuana, is immeasurable.

Starting with Colorado and Washington in 2012, the government’s immoral, violent, and destructive war on marijuana began to come to a grinding halt. Although measures for medical marijuana were enacted long before this, complete legalization paved the way for a revolution.

Sadly, however, despite this revolution, millions of people whose lives were ruined from weed arrests, are still carrying around these convictions on their permanent records, drastically stifling their career and home buying opportunities. Once those within the system began to realize this, measures were taken to help these folks clean up their records. States across the country have been setting out to undo this damage, but it hasn’t been fast enough. This bill could change that.

But that’s not all it would do. Legalizing marijuana would also have a massive potential to curb the opioid crisis currently gripping the nation. 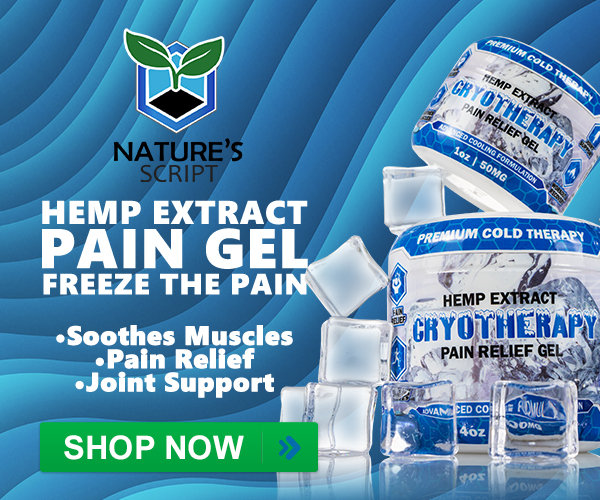 As TFTP previously reported, in a study published in a peer-reviewed journal, Melvin D. Livingston, Tracey E. Barnett, Chris Delcher, and Alexander C. Wagenaar, set out to see if any association existed between Colorado’s legalization of marijuana and opioid-related deaths in the state.

The researchers looked at all of the available data from the year 2000 to the year 2015. What they discovered may come as a shock to many. While the rest of the nation struggles with a burgeoning fatal opioid and heroin overdose crisis, the State of Colorado saw opioid deaths reduced while its population exploded.

It has long been stated that cannabis is a “gateway” drug, which leads users to experiment with other drugs, leading up to the most deadly, such as heroin. But the researchers in the study published in the American Journal of Public Health found that the availability of safe and legal cannabis actually reduced opiate deaths:

The researchers concluded, “Legalization of cannabis in Colorado was associated with short-term reductions in opioid-related deaths.”

It’s not just that study either. There were other studies showing that deaths from opioids plummet in states with legal cannabis, and that 80 percent of cannabis users give up prescription pills. A Feb. 2017 study confirmed that opioid dependence and overdoses dropped significantly in medical cannabis states.

In January 2017, the National Academies of Science published an exhaustive review of the scientific literature and found that one of the most promising areas in medical cannabis is for the treatment of chronic pain.

As TFTP reported in 2017, a new experimental study showed exactly how cannabis works to treat actual opioid addiction – by actually blocking the opioid reward in the brain.

“This study sought to determine whether the cannabis constituent cannabidiol attenuates the development of morphine reward in the conditioned place preference paradigm. Separate groups of mice received either saline or morphine in combination with one of four doses of cannabidiol using three sets of drug/no-drug conditioning trials. After drug-place conditioning, morphine mice displayed robust place preference that was attenuated by 10 mg/kg cannabidiol. Further, when administered alone, this dose of cannabidiol was void of rewarding and aversive properties. The finding that cannabidiol blocks opioid reward suggests that this compound may be useful in addiction treatment settings.”

Those who continue denying the evidence, while continuing to lock people in cages for a plant, will ultimately be judged by history. They will not be the heroes they claim to be now. They will be remembered as the ones responsible for mass incarceration, fostering the police state, and dealing a near-death blow to freedom.

Empowder helps restore your health, improves mood, and makes you feel young again. You’ll find yourself loving life, spreading joy around you as you rest safe in knowing your body is getting the nutrients it needs to keep you healthy. Not all moringa is created equal. Unlike other suppliers, Dragonfly Effect Naturals travelled directly to a high quality source, ensuring it is premium quality while also supporting the local community by giving back. Buy Empowder Now to support your health and local farmers with your purchase. Use PROMOCODE SITS20 for a 20% discount on Empowder and all other products in your order.

Matt Agorist is an honorably discharged veteran of the USMC and former intelligence operator directly tasked by the NSA. This prior experience gives him unique insight into the world of government corruption and the American police state. Agorist has been an independent journalist for over a decade and has been featured on mainstream networks around the world. Agorist is also the Editor at Large at the Free Thought Project. Follow @MattAgorist on Twitter, Steemit, and now on Minds.

**This article (In a Historic Move, Vote to Federally Legalize Marijuana to Take Place in Congress—This Week) was originally published at The Free Thought Project and is re-posted here with permission.**

Here's Patricia Cota-Robles new and uplifting message about the next 10 years to enjoy. Infinite…See More
2 hours ago
0 Comments 0 Likes

Alan replied to the discussion 'MOMENTS TO REMEMBER' in the group Cmdr. Val Thor: LIVE
"Yes I DO, I was joking back."
5 hours ago

Krishna Kalki replied to the discussion 'The world’s first alcohol-free beer opened in London...More To Follow Till Alcohol Is Phased Out'
"Those who are under the influence of Alcohol spoil the peace of others as they tend to use a lot of…"
5 hours ago