HOW TO ESCAPE THE ILLUSION OF THE MIND PRISON

Upon awakening, it is so tough to not allow ourselves to overthink what we are experiencing and receiving from research, spiritual experiences, and the like.

Understanding how the mind works is a great way to clear some of the fog;

Oddly, I didn't want to read a bunch of stuff on the brain so I was given a random urge to watch a show on Netflix called "Brain Games" during a time where I questioned everything around me and my trust in anything/one began to dwindle. This show gives a great demonstration of basics to the brain.

I recommend doing a bit of online research if you wish to go in-depth with it (It’s worth it!). It helped greatly in giving the information I needed to understand why my mind could think certain things. As we do tend to let our minds run away from us! But you'll know when this happens at least for me. Losing your sense of balance and have trouble bringing one’s self back to focus. When the mind gets too excited it loses focus and eventually thinks everything is a sign. Which could distract us from the signs/clues right in front of us!

Our brain responds to energy waves, which an emotion/thought/word/action sets a certain type of energy wave into motion. This is why people tend to practice being mindful and disciplining one’s Self to react and act in more positive manners to create a better outcome to any given situation. However connects with the understanding of the laws of attraction, which are what anyone of Us can use to create the lifestyle we wish for.

Remember that when something goes wrong it's not a failure it's a lesson to be learned and grow from so as to better ourselves. Which makes it a good thing to practice being out of our comfort zone to expand our level of conscious awareness.

A common illusion is that we CAN'T do something, the fact is we can't do it until the effort and sincerity are apparent. Without effort we do not move forward, we stand still! It's that straight forward.

A big illusion is FEAR, believing that something is scary due to its a mystery or its possible outcomes that seem foreign to us. But a big one is the Fear of change, and being wrong about something.

Is a big fuel feeder for illusions, because they arise based on our fears the most from what I've experienced confronting my own. Awakening involves confronting one’s demons and learning to move forward. This can be quite stressful as every damn emotion in the book begins to surface and you don’t know your foot from your ass. Being aware of this and training the brain to not let everything get to us is easier to say than achieve. Also if I had remained on a negative thought pattern I found a meditation ritual in which you release all impurities in your body and release all negative emotions along with things and/or people that do not serve your path any longer (toxic people). Surrounding our energy field in a vibrant white light as protection helps.

If you’re empathic may I suggest putting up a shield as well? Because an empath absorbs and feels everything. Which if not shielded we tend to cling on to negative emotions that are not our own.

Confronting our fears, and putting effort to change your frame of mind from negative to positive is a must to keep vibrations raised. I found the higher my vibrations are the better I can remain focused on even the highest of stress. However, no one is perfect and I do slip depending on what it may be. That's when having a positive and trustworthy support system is great because when you can't do it alone, reaching out to those you trust to confide in is a great way to calm the nerves.( The people who speak positively and helpful .. Not those who banter and fuel your negative state of mind. )

Don't be scared, you're safe/protected/loved.. Remember that you're never alone. I say this because we all have guides which are our friends in the spirit world. Whom we asked aide us for this particular incarnation or sometimes each incarnation. Generally due to the origins of who you are. Knowing how to protect yourself and cleanse is essential.

Connecting with your Guides is a must

Especially when we’re feeling completely lost, they are always there to help! They are more than happy to do it. They are not afraid to be completely honest, and they do not play games either!

Plus Guides do not like to be on the sidelines and not asked for support which they were meant for! You must speak with them as they don’t just automatically know what you need. However, they do help us without us even noticing at all or realize later on that they had a hand in how you felt. They save us and protect us the best they can, but if we don’t establish the connection and bond with them. Receiving their guidance or hearing their wisdom doesn’t come in so clearly.

Connect with your (Higher)Self and ask questions... Look inward and bond. 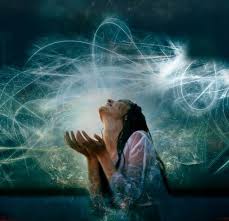 It’s ok to relay to our Guides for what we aren’t sure about, however, following the “bread crumb” of clues the Universe leaves and trusting your Self is a different achievement entirely when you’re trying to break through the illusions that hold us back and seeing future illusions coming. Mind you in my experience I found my greatest lessons, I was caught off guard. We’re not meant to see everything coming or focus on the future. Especially learning to not live in the past was a hard one, but necessary to overcome. It interferes with the awakening process and preventing us from becoming better enlightened. Clouds judgment, which in turn also creates illusions as well. Because the past on which we let go of is all in which we buried away, choosing to not confront and release as soon as possible. So it becomes harder to over-come, raising yet again those negative emotions/low frequencies.

Going inward is great in the sense that you bond with your Higher Self/Soul. I started by using guided meditations on youtube (lol). You can also do this simply by thinking of you/Self and asking questions aloud ( you don't need to be screaming, could be a whisper either way it's you you're talking with so it really won't matter how loud you are ) The reason why I say aloud is that it helps you keep your mind focused and cleared to receive a response in telepathically. Sometimes I voice aloud what I'm hearing if they speak to fast. But if you don't catch everything, merely ask to repeat. Your Self will gladly do so.

Keeping a journal for when we talk to ourselves or spirits/entities or any spiritual interaction for that matter helps pick up on patterns as well.

Getting better acquainted with your Self allows you to build trust with what your intuition tells you. Which I find really helped because sometimes it's better to ask your Self rather than your guides. It's a form of learning to not have to always rely on guides or people. Building confidence is seeing the results of listening to You. Do you think it's frustrating when others don't listen? Try the fact that you're not even fully listening to your Self at all and probably worse then anyone friend/family could amount to. THAT in the end is the biggest reality.

Personally, it's my favorite for clearing illusions or simply bring back the balance of the mind. It is a great way to bring better focus as well! You can do it however which way you wish to! As long as it's at least once every other day or even just once a week to start. It doesn't have to be a long session either it can be as long as you have time for.

If I wasn't grounded, establishing a consistent level of focus was impossible. I found connecting with above and below letting the pure light energy surge through opened chakras and through our every cell helps improve the body.

All these things help me fight illusions and see what is real and this is also what I help other women realize the same. I hope this somehow helps others to break through their own illusions as well! Remember, you are not alone!

Steve Hutchinson commented on the group 'Divine Upliftment For Spiritual Growth & Ascension'
"This is the 1st of 3 videos of the 34th Annual World Congress of Illumination, and is the first…"
4 hours ago

This is the 1st of 3 videos of the 34th Annual World Congress of Illumination, and is the first…See More
4 hours ago
0 Comments 0 Likes