From Now Till The US Presidential Elections, Could Be The Final Countdown.BP-9-15-20 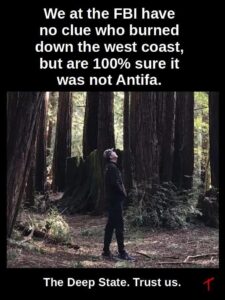 Here's an interesting update from Jim, the Unknown Light-warrior. Forgive the formatting. It's not compatible here on the blog.

From Now Till The US Presidential Elections, Could Be The Final Countdown

There's been a massive upsurge in physical & non-physical battles (therefore intensities) in the past few days (when it was already insane enough as it was) ... because of the convergence of the following developments:

the last real opportunity yesterday's ritual date of Labor Day provided to the dark ones for their black-magic crap to work, until Oct 31st
the dwindling numbers as well as territory lost by the Draco & Dark Fleet within the sub-lunar, atmospheric & underground territory ... that's amplified their desperation & panic to a fever-pitch
extreme desperation by the Surface Cabal to create false-flags, to blame on Q / Q-followers & the anti-Cabal portion of the surface population
increased non-physical attacks on Starseeds & the surface population
increased irradiation weapons against the surface population - to help achieve all the above, with more focus & priority on Key Starseeds
increased energetic campaigns by Key Starseeds ...

in response to all the above & to support White Hats efforts ... on a daily basis
increased up-surge of all kinds of negative entities being 'flushed out' by a combination of the above efforts by Key Starseeds ... extreme CMEs from the Sun ... Schuman spikes ... and off-world positive groups removing even more dark civilizations & structures
many Starseeds empathically feeling the incomprehensible panic & terror of the physical & non-physical dark ones

As a result of all this ... putting together & holding this week's episode of Ground Crew Command has become an impossibility ...

We're effectively in a Code Red situation, and possibly the main culmination point before the main Mass Arrests & Primary Liberation actions on the physical.

Be sure to at least do this each morning, for 10mins ... to help stabilize the situation, unless you get clear guidance to do something else ... per your soul talents & uniquely assigned tasks.

The next 144K Mass Meditation is on the September Equinox on September 22nd.

Come Away my dear son, you are the total of the sum;

to a lovely place where long long ago, it has all begun:

To a place where Love and light always reign supreme;

for the illusion that you now live in, is not what it seems:

For it is a hologram designed to keep you safe and whole;

While you make the decisions necessary for your 4D goal:

The glory of your reality,does lie in your perception;

Of who you think you are, for you are the exception:

You have excepted the challenge of this new great school;

A place where learning is difficult, one must follow the rule;

Remember where you came from in the higher spirit realm;

Where many were called but few came to watch this film:

You are a rebel warrior, a light worker, a mighty star-seed;

Who now remembers his programing to do only good deeds:

Awaken the others,sleeping, you will need there help right now;

The Dark ones are making there last stand,its useless somehow.

Awake and Ascend is the name of the game we must play;

If we want to get out of the 3D Dark Illusion forced on us,today:

The Dark ones have tricked us into giving our Freedom away;

They want to keep Mother earth, make it there own someday:

The battle reigns on the surface, while they hide, safe underground;

But we found there D.U.M.B.s, we know where they can be found;

We are now rescuing the children,from there evil torture chambers;

Where they make ''Adenochrome'' for there Dark twisted members:

The light workers and warriors job, is to now shine there bright light;

Darkness has entered peoples minds as they awaken & begin to fight:

All that they knew before ''Covid19'' has  been taken away from them;

Never to be returned, the 9 to 5 Dream shattered,its the end of the film:

Its the end of the World, as we know it, a bright new world now begins;

It will rise up from the ashes of the old Earth, now it simply transcends:

Our job is to help the sleeping ones to gently awaken and understand;

Shine our light to all who can reach for 4D and then,hopefully, Ascend: