One of Juno's sensors, a special kind of camera optimized to track faint stars, also had a unique view of the Earth-moon system. The result was an intriguing, low-resolution glimpse of what our world would look like to a visitor from afar.

The cameras that took the images for the movie are located near the pointed tip of one of the spacecraft's three solar-array arms. They are part of Juno's Magnetic Field Investigation (MAG) and are normally used to determine the orientation of the magnetic sensors. These cameras look away from the sunlit side of the solar array, so as the spacecraft approached, the system's four cameras pointed toward Earth. Earth and the moon came into view when Juno was about 600,000 miles (966,000 kilometers) away -- about three times the Earth-moon separation.

During the flyby, timing was everything. Juno was traveling about twice as fast as a typical satellite, and the spacecraft itself was spinning at 2 rpm. To assemble a movie that wouldn't make viewers dizzy, the star tracker had to capture a frame each time the camera was facing Earth at exactly the right instant. The frames were sent to Earth, where they were processed into video format. 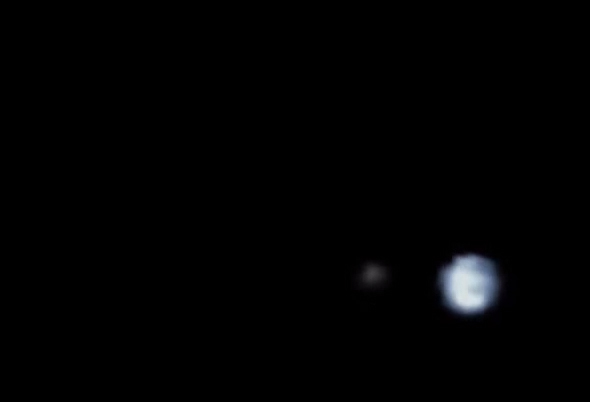 "Now, as palpably obvious, you have a temper and are swift to hostility...So one can conclude, that your vegetarian diet is not helping you avoid aggression...as you often cite as one reason for it being promoted...That you view meat as making people…"

"I think now you don’t even understand what get lost means ..look elsewhere you have a choice you idiot …I don’t need your comments on my post nor will I ever comment on your post..if you don’t understand your foolish idiot go and take some English…"

"Megyn Kelly is joined by Devin Nunes, CEO of Trump Media and Technology Group, to talk about the Sussmann trial beginning yesterday, the latest on the Durham investigation,…"

"Most members avoid your forums like the plague...I'm mostly the only one you have to learn by. So you will see my comments alone, in the main and only myself lending you a hand, in understanding yourself, by offering a mirror for you to view your…"

"There is one Person on TickTock who say he wake up in 2027. In one of his Videos he Googles for the 3 World War and see when it happens. 2026-2053 and there is written it's because of an Nuclear Holocaust. So the Peapole he looking for are deth or…"

"This is about Radiation symptoms, in the case of nuclear radiation. Sounds almost like an infection with the coronavirus.

"Another song having a cooling effect
https://youtu.be/gvhgSNj-_Vs"
More…
Loading ...