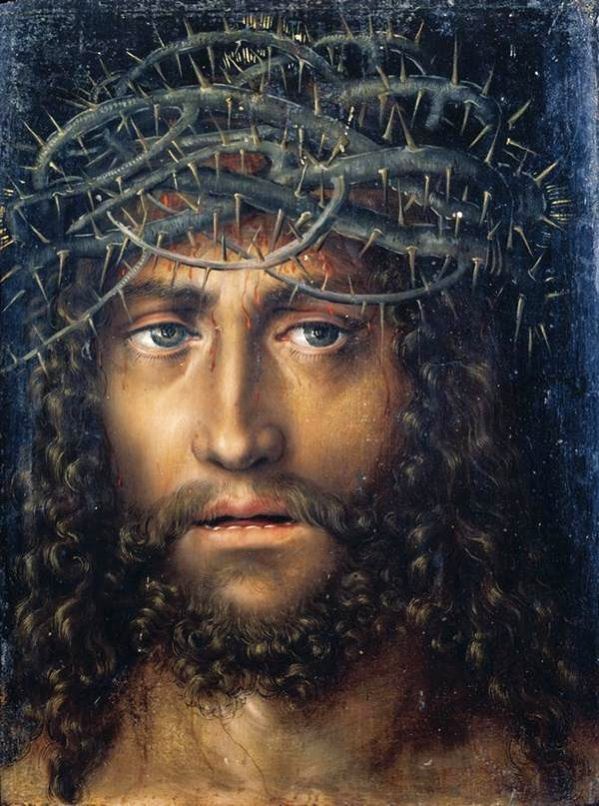 Spanish archaeologists have discovered what may be one of the earliest depictions of Jesus in an ancient Egyptian tomb.
Painted on the walls of a mysterious underground stone structure in the ancient Egyptian city of Oxyrhynchus, about 100 miles south of Cairo, the image shows a young man with curly hair and dressed in a short tunic.
“He raises his hand as if making a blessing,” said Egyptologist Josep Padró, who has spent over 20 years excavating sites in the area.
In this expedition, he led a team of archaeologists from the University of Barcelona, the Catalan Egyptology Society and the University of Montpellier.
“We could be dealing with a very early image of Jesus Christ,” Padró added.
Oxyrhynchus is known for the worship of the Egyptian god of the afterlife Osiris: indeed the underground structure was located in the middle of a processional route that joins the Nile with the Osireion, the temple dedicated to Osiris.
But the painting is from much later, dating from between the sixth and seventh century A.D.
To get to the underground chamber, Padró’s team removed over 45 tons of stones.
Finally, the archaeologists reached a rectangular crypt measuring about 26 feet long and 12 feet deep. They are unsure what the function of the structure was originally, but believe it might have possibly been another temple dedicated to Osiris.
Once inside, the archaeologists found five or six coats of paint on the walls, the last of which was from the Coptic period of the first Christians.
In addition to the image of the curly man, the walls feature symbols and images of plants and inscriptions written in the Coptic language, which are currently being translated.
“In order to carry out future campaigns, it is necessary to excavate an attached structure. A flight of well worn stairs give access to it, but researchers do not know its content yet,” the University of Barcelona said in a statement.
Photo: The image, protected from the sun with a thin layer of material, shows a young man with curly hair and dressed in a short tunic, with a hand raised as if making a blessing. Credit: University of Barcelona 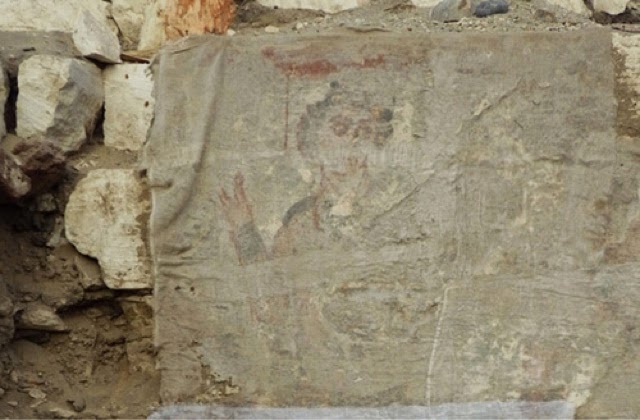