According to independent sources, the Earth is moving into a region of the galaxy that is leading to increasing cosmic energies impacting our sun and altering human DNA. It is predicted this will lead to many changes in human society including major disclosures of advanced technologies, secret space programs and extraterrestrial life.

Dr Simon Atkens is the CEO of Advanced Forecasting Corporation and has made startling predictions about incoming cosmic energies and their impact. Among them is:

… an acceleration and heightening of electromagnetic energy from the sun and other cosmic energies that will build especially from late August into late September that will cause, circa 23rd-24th September, what he describes as a ‘frequency shift’ in consciousness.

He refers to evolutionary changes emerging from world shaking disclosures as a result of the incoming cosmic energy he describes as a ‘Wave X':

.. a “wave of evolution. What we’re about to find out on a major level, unheard of in history at a mass scale is the true answer of ‘Who are we?’, ‘Where do we come from?’, and ‘What is our purpose?‘. The planet is going to take off in such an incredible ways.”

According to Dr Atkins, the Jade Helm exercise that began on July 15 and runs to September 15, is really aimed at gaining intelligence about the effects of the incoming cosmic energies in order to better manage the changes it triggers in humanity:

Simon states that this exercise is very much connected to the frequency shift whereby the lower states where the exercises are being carried out will be experiencing a higher frequency field in July and August – the purpose being of learning from and managing the resultant effects on the population there before it heightens further in the upper states into September.

Dr Atken’s prediction that a frequency shift will occur in the 23-24 September time frame is very significant. This is also the time that Pope Francis will be meeting with President Obama at the White House (Sept 23) and speaking before the U.S. Congress (Sept 24). To cap it all off, Pope Francis will address a gathering of world political leaders at the UN General Assembly on Sept 25. The Vatican’s own intelligence service is also very likely aware of these incoming cosmic energies. It’s more than coincidental that at the same time that incoming cosmic energies are predicted to peak on the planet, that the world’s most powerful religious and political leaders meet. The Vatican appears to be aware of incoming cosmic energy and the powerful transformative effect it will have on humanity, and is placing itself to ride the cosmic wave so to speak.

For a number of years now, Vatican astronomers have been at the forefront of scientific speculation about the discovery of extraterrestrial life. Astronomers such as Guy Consolmagno (a Jesuit like Pope Francis) have been preparing the way with bold statements about baptizing extraterrestrials and its compatibility with Catholic theology. Consolmagno has been working closely with the U.S. scientific establishment such as NASA and the Library of Congress where he discussed baptism of extraterrestrial life. On Oct 27, 2014, Pope Francis released a statement where he referred to “beings of the universe” (extraterrestrials) as a major part of God’s evolutionary plan. If it was disclosed that extraterrestrials, rather than an all-powerful God, were the creators of humanity through advanced genetics, the Pope could now simply claim that this is part of God’s plan and not a major concern for the religious community.

Another independent source is also claiming that incoming cosmic energies are having profound effects on human DNA and will trigger major disclosures. Corey Goode claims to have worked for secret space programs from 1987-2007, and more recently having been appointed as a delegate to a group of extraterrestrials called the Sphere Being Alliance. According to Goode, the Sphere Being Alliance showed up some time around 2012-2013 with huge Neptune sized spheres that formed frequency shields around the solar system and the sun. One of the major functions of these spheres was to regulate the amount of cosmic energy coming into our solar system and the Earth so humanity could better integrate it and prepare for major changes:

The Sphere Alliance has been mostly focused on the energetic changes occurring in our local star cluster because of the area of the Galaxy they are entering. They have been using the many thousands of cloaked spheres that are equidistantly spread out across our Sol System and neighboring Sol Systems (Electrically Connected in the “Cosmic Web” and Natural Portal System) to buffer and diffuse incoming tsunami waves of highly charged energy that changed the vibratory state of space/time, energy and matter to cause it to raise to a higher state in the “Density Spectrum”.

Among the changes that will be triggered by incoming cosmic energies is the release of information concerning advanced technologies, secret space programs and extraterrestrial life in what Goode has described as a “full disclosure event.” Goode announced  their purpose as they are also beginning to buffer less and less of the energy thus allowing more and more to enter into the inner Sol System and directly effect the Sun, Planets and HUMAN BEINGS that are so easily put into trigger mode by these energies. At some point the Spheres will be gone and we will fully be considered a 4/5th Density Transition Civilization. There are of course quite a few other EVENTS that will be occurring before this last EVENT leaves us standing on our own finally.

Goode has not given any specific dates for these events and claims that it is due to the collective consciousness of humanity to manifest how the changes will play out.   Yet his claim that cosmic energies are peaking and that the “Spheres” are buffering these less and less supports Atkin’s startling prediction. All this suggests that late September may well be a time where a cosmic energon Saturday that these Neptune sized spheres are about to leave our Solar System since they have achieved their primary function:

The “Spheres” seem to nearing the end ofy spike causes significant changes in human physiology, thereby triggering disclosure events coinciding with the Papal U.S. visit. Any disclosure events concerning secret space programs and extraterrestrial life will be revolutionary, and thrust all humanity forward to become citizens of a galactic community.

Views: 325
E-mail me when people leave their comments –
Follow

"Ok our space buddies ...you say we are responsible for making the changes ..ok space buddies we want changes made in the universal laws as we believe all life is precious and so should you...so come down from the skies and help the good people on…"

"There is no law in this world, for instance, that forbids anyone from helping any needy person in this world regardless where he is. Benevolence has no jurisdictions, and humans especially knows this. Nobody will say he doesn't want help from…"

"Yes yes yes, this one you make perfect sense! Who are the drafters of these 'laws' and why are we not allowed to influence them? If we are being ruled by few cabals, then our free wills are being violated anyway. So it make no sense to say that the…" Those who are Darkly-Inclined Will Leave – Part 1/2March 6, 2021 by Steve Beckow AccountabilityI’m producing a book on the fate of the dark, which will be published in parts.What state are the dark in now?SaLuSa: Those who are not of the Light but…
See More 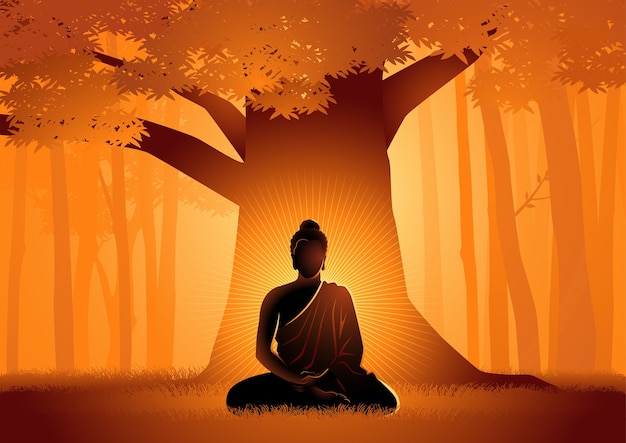 Five Ways Mindfulness Meditation Is Good for Your Health3/8/2021 ERA OF LIGHTAccording to thousands of years of tradition, Buddhists meditate to understand themselves and their connections to all beings. By doing so, they hope to be released from…
See More

Here when I say Universal Laws ..I mean all laws, rules and regulations set in the universe .Laws set for interstaller space fleets ..call them extraterrestrials from higher advanced planets.Now take Planet Earth it's being controlled by the…
See More

Come Into The Open ...Reveal All ...Nothing Should Be Kept Hidden On Planet Earth